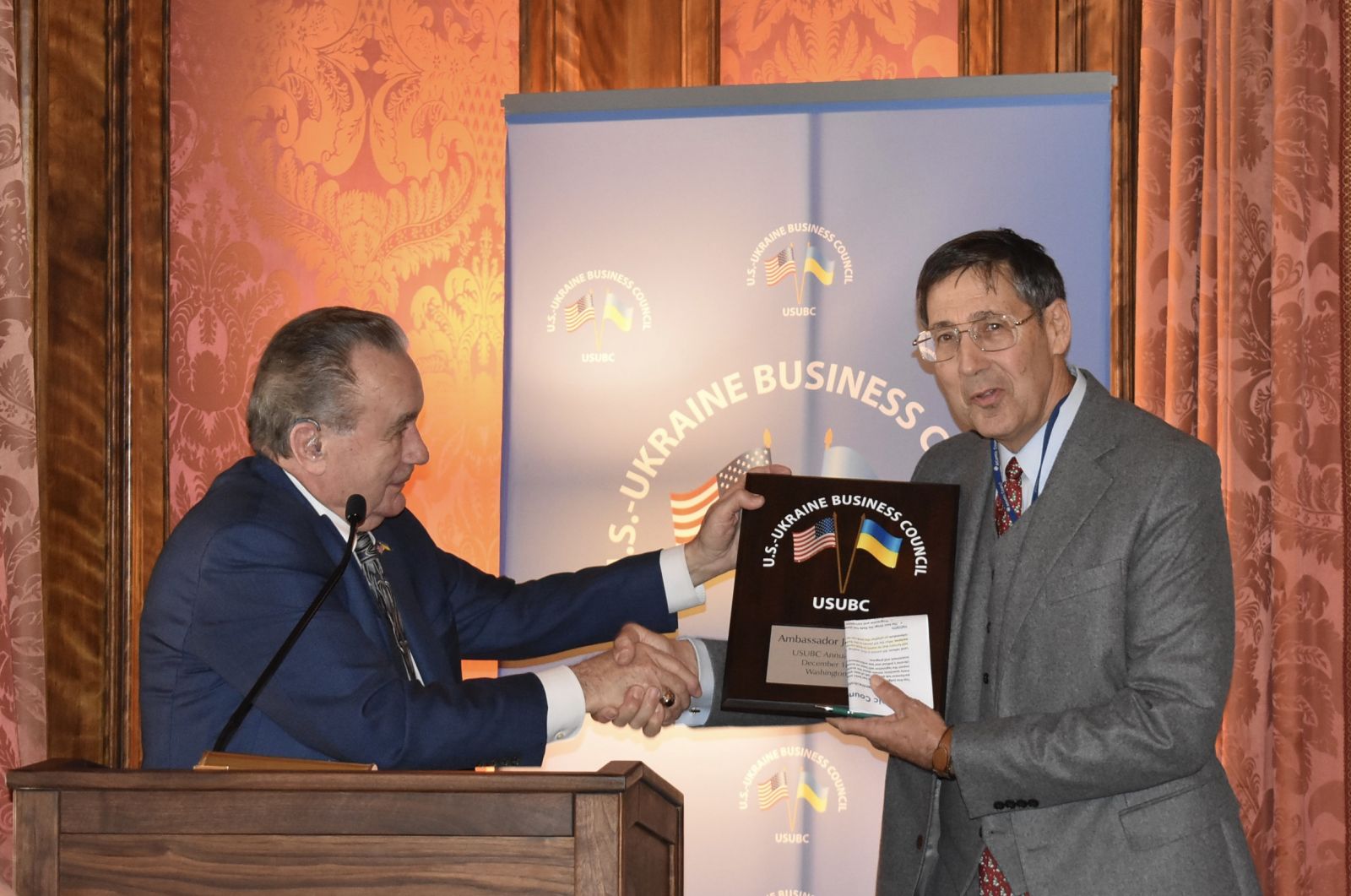 Ambassador John Herbst, for his distinguished service as a diplomat, including being Ambassador of the United States to Ukraine, his strong and productive leadership as Director, Eurasia Center at the Atlantic Council, and his years of service as a Senior Advisor to the U.S.-Ukraine Business Council (USUBC), providing USUBC members with regular and insightful briefings about Ukraine received a Distinguished Service Award (DSA) from the U.S. Ukraine Business Council (USUBC).

Bio: John Herbst, Director, Eurasia Center, Atlantic Council, Former US Ambassador to Ukraine
Ambassador Herbst served for thirty-one years as a Foreign Service officer in the US Department of State, retiring at the rank of career-minister. He was US ambassador to Ukraine from 2003 to 2006, when he worked to enhance US-Ukrainian relations, help ensure the conduct of a fair Ukrainian presidential election, and prevent violence during the Orange Revolution.