U.S-Ukraine Business Council (USUBC) honored Martin Claessens from U.S. Embassy in Kyiv with Distinguished Service Award during a special dinner in May 2019. 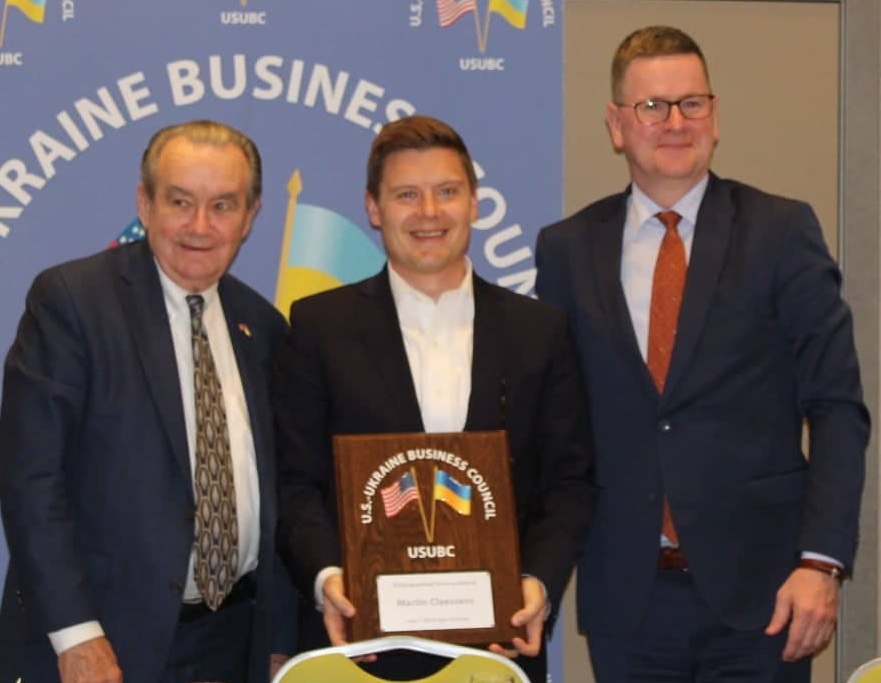 Martin Claessens joined the U.S. Embassy team in Kyiv in December 2017. Before that, he managed an office of 11 trade professionals at the U.S. Embassy in Bogota, Colombia where he and his team assisted U.S. companies with market access and trade promotion in Colombia and in the Andean region.

Martin attended The George Washington University, graduating with a B.A. in International Affairs, a concentration in International Economics, and a minor in Spanish.  He also studied at the Universidad Autónoma in Madrid. Martin is fluent in Spanish and speaks conversational French. He is a lifetime percussionist and avid scuba diver.