USUBC presented a Distinguished Service Award to JP Schutte, U.S. Embassy Counselor for Economic Affairs during a farewell dinner in Kyiv in June 2019 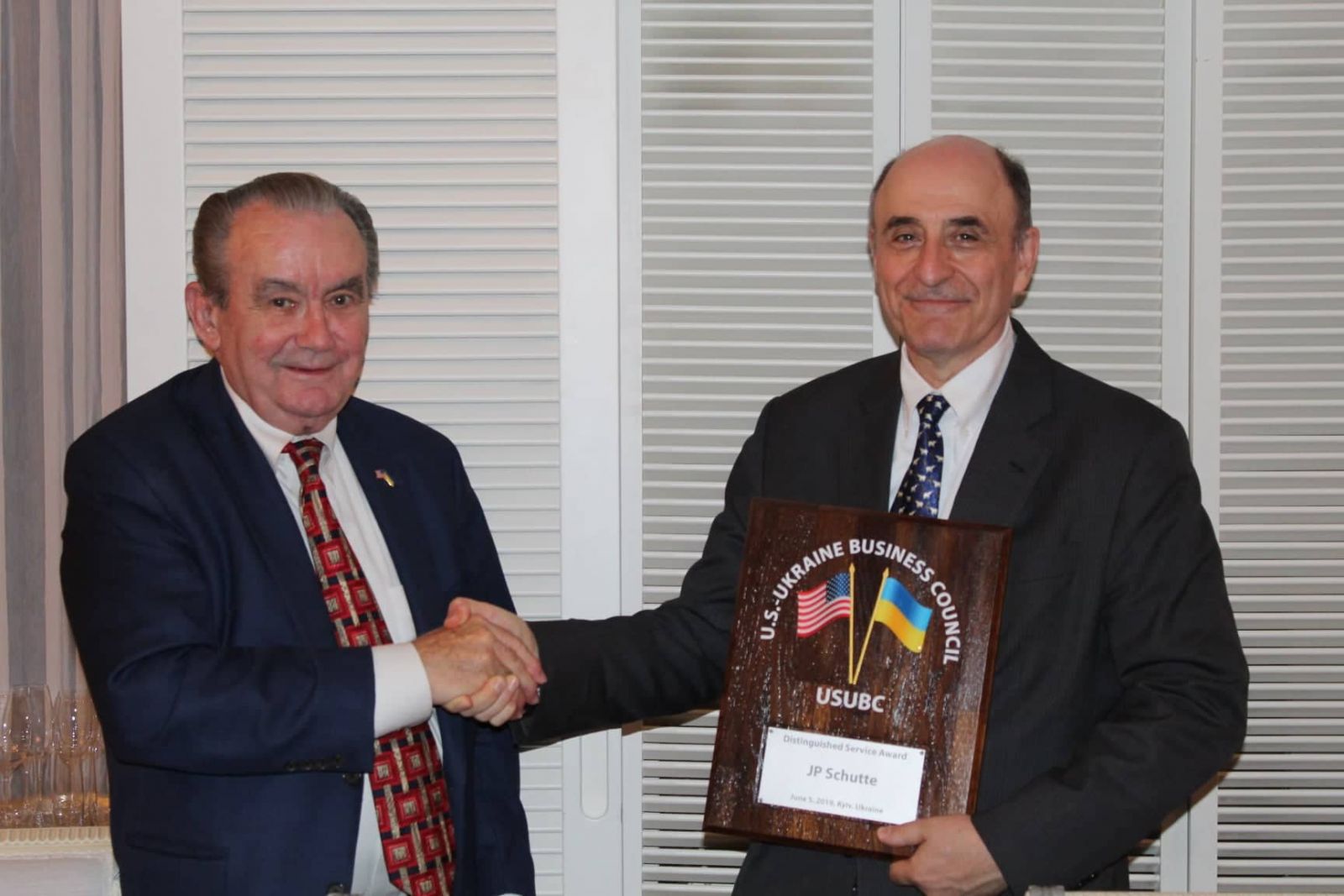 John Paul ("JP" ) Schutte served as a Counselor for Economic Affairs at the U.S. Embassy in Kyiv, Ukraine from September 2017 to Julne 2019.  He has been a Foreign Service Officer  since 1992. This is his second tour in Kyiv, where he also worked from 2004 to 2007.  JP has served overseas in Warsaw as Deputy and Acting Counselor for Political and Economic Affairs, and in Bangkok as Cultural Affairs Officer, and as a political-economic officer in Tashkent, Other postings include The Hague and Amsterdam.

He has served twice in Washington, most recently as Deputy Director of the State Department's Office of European Union and Regional Affairs.   JP has received the Assistant Secretary's Award for Democracy and Human Rights, and State Department Superior Honor Awards.

A native of Omaha, Nebraska, JP holds a Bachelor's degree with honors in European History from Northwestern University, and a Master's degree from Johns Hopkins SAIS in Western Europe and International Economics.  He has also studied in Germany, France, and Italy and speaks eight foreign languages.