Van Yeutter has worked with Cargill, one of the founding members of USUBC, since 1995.

A Distinguished Servise Award was presented to Mr. Yeutter
at the USUBC Annual Meeting in December 2015 for his long-time  service in the Executive Committee of U.S.-Ukraine Business Council (USUBC). 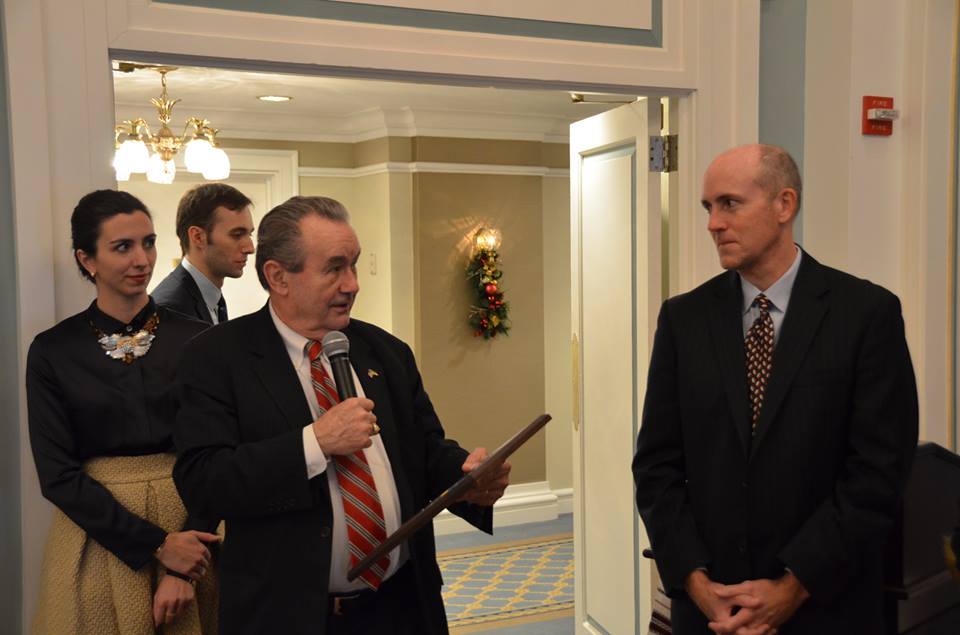 BIO: Van Yeutter joined Cargill’s Washington D.C. office in June 1999 as International Business Development Director and was also named head of Cargill’s Washington Operations in 2002.  From 1991 to 1995, Mr. Yeutter worked in Cargill’s Strategy and Business Development Group in business and corporate strategy and mergers and acquisitions capacities.  Based in Melbourne, Australia from 1995 through 1999, Mr. Yeutter initially served as commercial manager and then became executive director of Cargill Australia and managing director of Cargill’s Oilseed Processing Division.