The opening of the first inter-corporate IT educational center in Ukraine, known as BIONIC University opened at a renovated historic building on the campus of the National University Kyiv Mohyla Academy on September 27, 2013; University partners include Infopulse, Cisco, HP, Ciklum, Luxoft, Art-Master. Jansen Capital Management provides support in human capital development and management;

The institution will train over a thousand specialists annually in collaboration with leading companies. 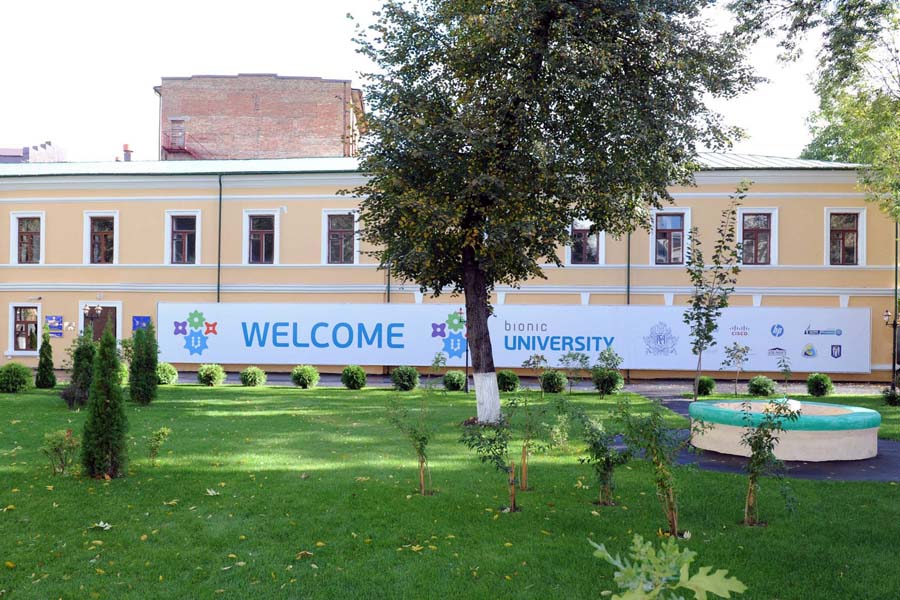 The opening of the first inter-corporate IT educational center in Ukraine, known as BIONIC University opened at a renovated historic building on the campus of the National University Kyiv Mohyla Academy on September 27, 2013. The Center is an educational initiative of the Ukrainian innovation park BIONIC Hill. The new institution will train IT-specialists in three areas: Technical skills (programming skills), Soft skills (social interaction skills), and Entrepreneurship (entrepreneurship skills). The combination of up-to-date technical knowledge, social interaction skills and the entrepreneurial spirit enables BIONIC University to provide the IT-market with cutting edge specialists.

“Ukraine is a leader in IT-outsourcing in Central and Eastern Europe and ranks third in the world on number of certified IT-specialists after USA and India. We have talented youth, and our task is to support them and to create conditions for their professional development and application of their talent in Ukraine, not elsewhere. Education at BIONIC University is free of charge, the instructors are experienced professionals, and our partners are leading players in the marketplace. Our educational initiative will enable talented young individuals to master the necessary skills and knowledge at an accelerated pace, which is extremely important in this highly competitive market. And above all, students of BIONIC University are people who aspire personal development. We are depending on them for the future,” noted Vasyl Khmelnytsky, founder of BIONIC Hill Innovation Park. 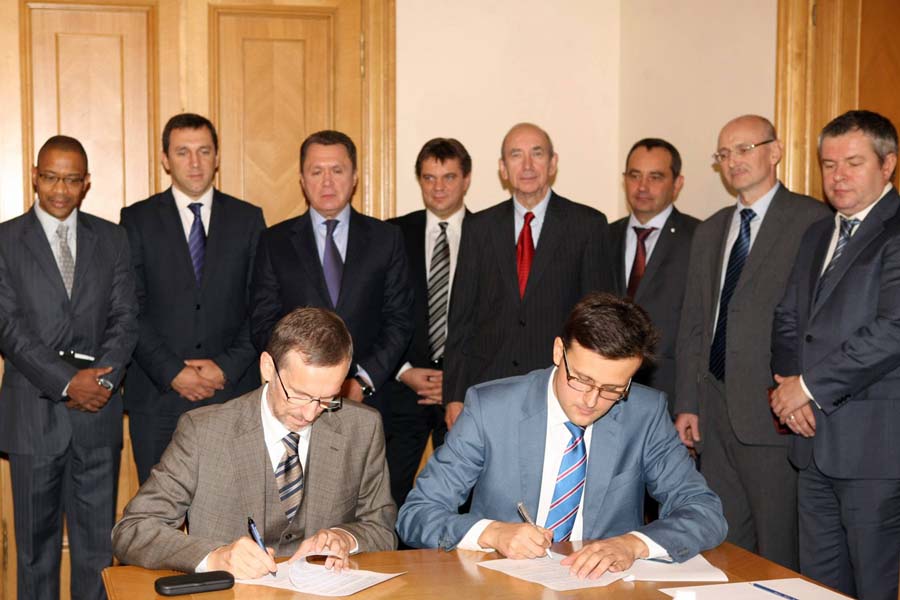 At the present time, the university is fully implementing its programs and intends to train over a thousand specialists annually. “The task of BIONIC University is to act as a provider of highly skilled professionals for IT-companies and to act as a career ladder for gifted youth. This is the first institution of such a format in Ukraine, generating considerable interest among leading hi-tech companies,” noted Viktor Galasyuk, first vice-president of BIONIC Hill. University partners include Infopulse, Cisco, HP, Ciklum, Luxoft, Art-Master. Jansen Capital Management provides support in human capital development and management.

After an initial phase at Kyiv Mohyla Academy as its educational partner, BIONIC University intends to relocate in 2015 to its campus at the innovation park, which will include its own building and modern dormitories.

On the occasion of the opening, a delegation of representatives of leading IT educational establishments, and hi-tech and consulting companies arrived in Kyiv for the ceremonies, among them: Hugh Molotsi, Vice President at Intuit Labs; Gabriel Baldinucci, Chief Strategy Officer and Executive Director at Singularity University Labs; Tatiana Tolmacheva, Business Development Officer at Cisco; Yvona Dmoshovska, Educational Services Director for Central and Eastern Europe at Hewlett Packard; Eugenia Mayer, Business Development Director at EMC2. Also attending were Roman Popadiuk, the first US Ambassador to Ukraine and partner at Bingham Consulting, and Marta Farion, President of Kyiv Mohyla Foundation of America. 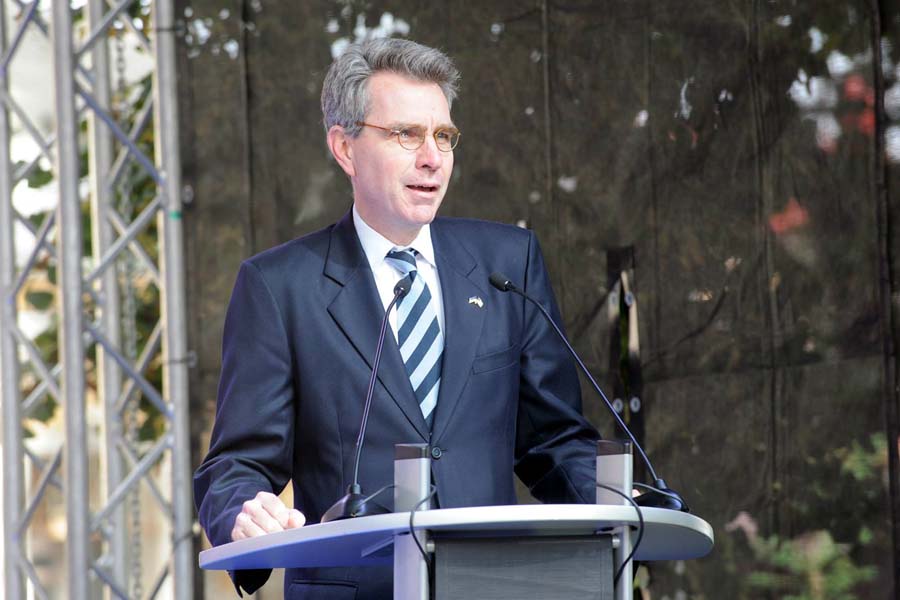 BIONIC Hill is planned as Ukraine’s first innovation park, located in Svyatoshynskyi District of Kyiv, not far from Kotsyubinske township. The park will accommodate leading Ukrainian and international companies specializing in IT, biotech and energy saving. Implementation of this project will create 35,000 jobs.

The project infrastructure includes state-of-the-art R&D and business centers, laboratories and clean hi-tech production facilities. Plans include comfortable housing, a university with dormitories, healthcare facility, school and pre-school institutions, shops, cafes and restaurants. A hotel with conference facilities and a fitness center will be built as well. The first stage of the Innovation Park will be commissioned for use in 2015, full construction completion is expected in 2020. 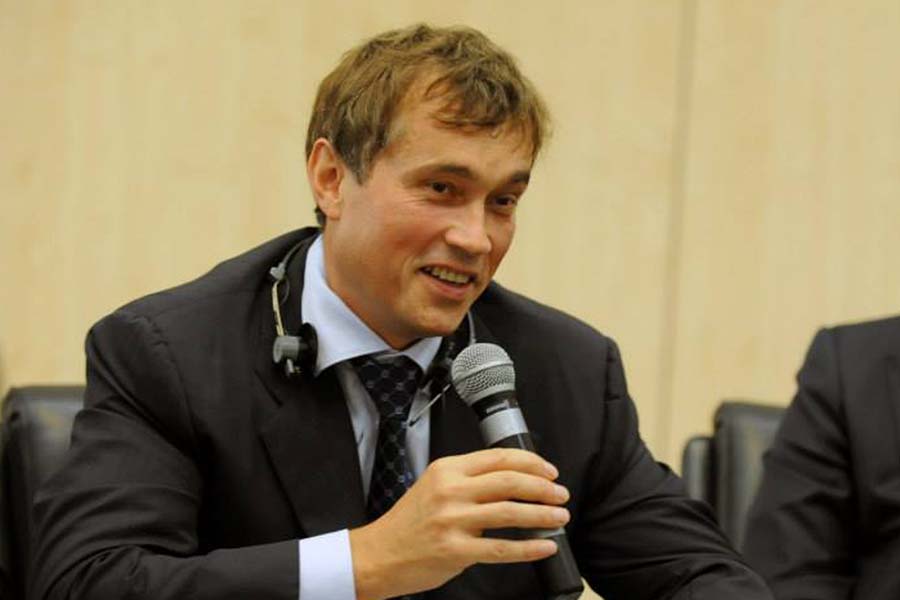 BIONIC Hill Innovation Park is a private business initiative of the country's leading real estate developer - UDP company, whose majority shareholder is Vasyl Khmelnytsky, member of the Ukrainian Parliament and business developer. Mr. Khmelnytsky donated approximately one million dollars to the development of BIONIC University. The major part of the funds was earmarked for the reconstruction of the historic building at Kyiv Mohyla Academy that houses BIONIC University.

BIONIC Hill is a 100% private project, which has no government-owned shares and is carried out with the support of the State Agency for Investment and National Projects, the Kyiv City State Administration, and the State Agency for Science, Innovation and Informatization. BIONIC Hill is a part of the Technopolis National Project, which complies with strategic priorities of innovation activity of Ukraine, and the Kyiv Development Strategy 2025.