Ukraine gets first batch of locomotives from GE 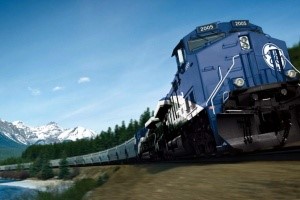 KIEV, Feb. 4 (Xinhua) -- The state-run Ukrainian Railways said on Monday it has received the first batch of 30 locomotives under the 1-billion-U.S. dollar contract with U.S. Company General Electric (GE).

Fifteen locomotives were already put into service, while the rest were sent to Kryukov Railway Car Building Plant in central Ukraine for the installation of additional equipment, the Ukrainian Railways said in a statement.

Under the deal, GE is set to supply a total of 225 locomotive kits to Ukraine, repair 75 outdated locomotives, and provide long-term maintenance services to Ukrainian Railways' fleet.

According to the Ukrainian government, in the long-term, the partnership with GE would help modernize Ukraine's industrial infrastructure, enhance energy security and boost Ukraine's exports and transit capabilities.

The Ukrainian Railways operates a railway network of about 22,000 kilometers, accounting for about 50 percent of the country's passenger traffic and 82 percent of its cargo transportation.