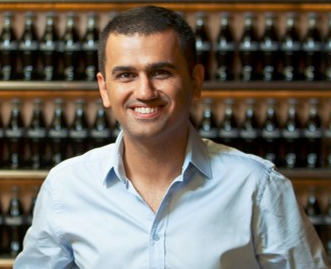 Washington, D.C. -- Kamran Iskenderov has been appointed as the new Director General of Coca-Cola Ukraine Limited Company, according to a news announcement from Coca-Cola.

Mr. Iskenderov possesses 20 years of experience with Coca-Cola.  He has held various leadership positions in commercial, marketing and franchising areas, was a regional marketer and then a marketing director at Coca-Cola in Turkey.

Starting in May 2016, Karman Iskenderov worked as the Regional Manager of Coca-Cola in Kazakhstan.  During this time he successfully managed the expansion of the business, ensuring its growth along all lines of products and increasing team productivity.

The new Director General of Coca-Cola Ukraine Limited announced that he intended to make every effort to effectively manage the Company in Ukraine and implement a course aimed at (1) increasing its role in the Ukrainian beverage market, (2) enhancing social responsibility and (3) achieving its business goals.
Kamran Iskenderov will move to Kyiv with his wife, Natalia, and two daughters, Aria and Mia.

U.S.-Ukraine Business Council (USUBC), www.USUBC.org, and its over 200 members, congratulate Kamran Iskenderov on his new appointment and look forward to working with him and his colleagues in Coca-Cola Ukraine.  USUBC wishes Kamran the best of success.