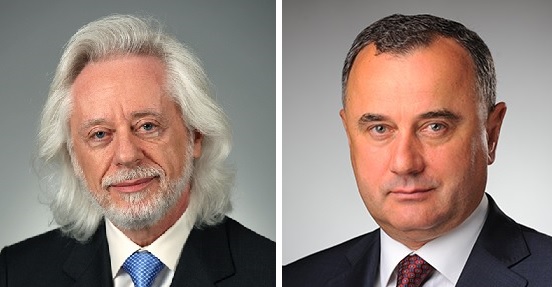 SigmaBleyzer President Michael Bleyzer will speak about the state of the present energy investment environment in Ukraine, especially for small and mid-sized private companies, and about the major road blocks/obstacles that are in place that are are basically stopping a large flow of private captial into the energy sector.  Mr. Bleyzer will also outline his ideas about what should be done very quickly to change the energy investment climate in Ukraine for small and mid-sized private energy companies.
SigmaBleyzer and many other domestic and international private investors have a keen interest in expanding their private investment activities into the energy sector of Ukriane if the business envirenment for private investors is made much more business friendly by major actions that need to be taken, in the next few months, by the Government of Ukraine, the Rada and the state owned energy monopolies.
The two energy security presentations will be followed by an open discussion, Q&A session.

RSVP:  Registration is required for attendance at the USUBC Energy Security Working Group Roundtable meeting in Kyiv on Friday.  Please send an e-mail to USUBC President Morgan Williams, mwilliams@usubc.org. The meeting will be in English. A light lunch will be served. USUBC expresses its appreciation to member SigmaBleyzer for hosting this event.

Before beginning his political career, Oleksandr Dombrovskyi served as a scientist at the Scientific and Research Department of Vinnytsia Polytechnic Institute. He held positions of CEO of Vinnytsia Regional Business Center and CEO of State Enterprise “Pivdennyi Machine-Building Plant” and “PMZ – Zakhid”.

Mr. Dombrovskyi was a Mayor of Vinnytsia as well as the Head of the Vinnytsia Oblast State Administration. He was elected to the Verkhovna Rada of Ukraine for the 7th convocation and was a Member of Committee on Agricultural Policy and Land Relations. From 2014 he is a member of the Verkhovna Rada of Ukraine, 8th convocation; he holds position of the First Deputy Chair of the Committee on Fuel and Energy Complex, Nuclear Policy and Nuclear Safety. Mr. Dombrovskyi is an Advisor to the President of Ukraine.

Born in Kharkiv, Ukraine, Mr. Bleyzer was raised and educated in the Soviet Union, graduating from Kharkiv Institute of Radioelectronics with a Master of Science in digital electronics and quantum physics. His career took him to Russia, Ukraine, Uzbekistan and Turkmenistan, before he came to the U.S. in 1978 where he became an American citizen. Mr. Bleyzer then embarked on a career in finance and management, which over 15 years at Exxon and Ernst & Young included a variety of operational, management and executive positions in Texas, Louisiana and Europe.

Mr. Bleyzer co-founded SigmaBleyzer Investment Group, LLC in 1994. Since its founding, SigmaBleyzer has invested primarily in the emerging markets of Eastern Europe and the Former Soviet Union. SigmaBleyzer’s approach to private equity investments is operational level value creation, combined with advocacy of the economic reforms in emerging markets provided by The Bleyzer Foundation. With offices in Houston, Kiev, Kharkiv, Bucharest, Washington and Amsterdam, SigmaBleyzer has raised and invested approximately one billion dollars in over 100 companies in a variety of industry sectors and have realized over 90 exits.

SigmaBleyzer currently manages approximately $500 million in assets located in Ukraine and Romania. SigmaBleyzer’s back-office has been located in Houston, Texas since inception in 1994 and provides institutional quality Investor Relations, accounting, tax and reporting services to over 100 investors in the United States, Europe, Middle East and South America.