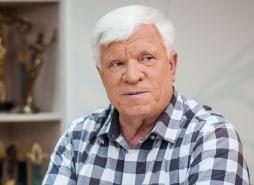 “River” authorities, new unjustified dues and free access to Ukrainian rivers for fleet of any country; there is no country in the world which would afford it.

The Parliament decided that it is time to reform river transportation.

Destruction of the entire sector can be result of such reforms.

Some facts about NIBULON

During the period of activity on the Ukrainian market our company hasn’t received any privileges from the state to arrange river transportation.

We have built our cargo fleet using Ukrainian metal and projects designed by Ukrainians. It flies the Ukrainian flag and only Ukrainians work there.

At present, the fleet numbers 53 units.

Nobody has helped us to clean river beds and to dredge the Dnipro River, the Southern Buh River, and other rivers.

We did it without the state support but due to the obstacles the state has put in our way; we spent 5 years to receive 47 permits to perform dredging and did it at our own expense.

If we hadn’t made this, geese would cross the Southern Buh River.

Is it cheap or fast?

One million tons of cargoes transported by river result in a reduction of UAH 790 million in road repair costs.

Why should river transport be cheaper than land one? Transportation by waterways is more slowly and inferior to land transportation in terms of cargo delivery time.  For example, duration of the cargo trip by the route Ochakiv – Kremenchuk – Ochakiv comprises 10 days, and delivery of cargo from Kremenchuk to Mykolaiv by rail will take only 2 days.

Thus, business should decide what is more important – delivery time or shipping costs.

The shipowners in Europe don’t pay any fees to budgets. A towing fleet receives fuel and excise tax isn’t paid. There are no pilotage, fees for locking, and raise of drawbridges.

At present, ports of Odesa are not interested in development of the Dnipro River and the Southern Buh River as inland waterways. Thus, their lobby doesn’t allow the Ministry of Infrastructure of Ukraine to adopt necessary decisions.

Do we need one more authority?

What are the results of reforms at Ukrainian Sea Ports Authority?

The state received USD 223 million to the budget before reforms, USD 127 and USD 176 million after reforms. This reform resulted in the reduction of payments to the state budget by state sea transport enterprises.

Much of the revenues the state must receive are in the accounts of Sea Ports Administration.

A notorious tender for dredging operations in Yuzhny is a striking example of high corruption risks and shadow schemes of money use.

It is planned to create the Ukrainian Authority of Inland Waterways on the model of the Sea Ports Authority. The package of draft laws 2470a, 2476а, 2712, and 2713 was introduced for consideration to the Verkhovna Rada to legalize this institution.

If the laws are adopted in proposed wording, Ukrainian shipbuilding will never be revived.

Firstly, it will be beneficially to import vessels without VAT, without customs as they will fly the foreign flag on our inland waterways. If the vessels are being built in Ukraine, the shipbuilders pay customs and VAT in case of purchase of foreign equipment. Thus, Ukrainian shipbuilders will be discriminated against in comparison with our foreign competitors.

Thus, there will be no workplaces in Ukraine, foreign vessels with foreign crews will sail along the Dnipro River and will not pay taxes to Ukraine. Moreover, foreign fleet will be “bunkered” abroad, having paid no excise tax to the state budget of Ukraine.

The main idea of the draft law 2475a is introduction of a new tax – the river due. This is an additional tax.

Bidding on this initiative is still ongoing: we exempt you from fees for locking service, drawbridges, we will reduce canal dues, but we implement the river due.

Our company pays UAH 33 to the state per one ton of grain transported per one cargo trip. Roughly speaking, if we multiply UAH 33 by 10 million tons, the state budget of Ukraine will receive UAH 330 million and it does.

Is this enough to dredge the Dnipro River?

The major problem of the existing dues and the river due is that nobody mentioned the numbers until very recently. Only after a certain number of attempts, the Verkhovna Rada Committee of Ukraine on Transport announced certain river due rates.

The authors of the draft law “On inland water transport” are bidding on rates of the river due proposing different rates without any economic justification.

All these fees will be received by new River Transport Authority. On November 2, 2016, the Verkhovna Rada Committee on Transport decided to promote economically unjustified rates of the river due.

It is nonsense. If we take into account barges and tug flying the Ukrainian flag (a pusher tug plus two barges carrying 5600 tons), we pay UAH 14.22 per one ton in accordance with the current legislation. If one implements the river due of UAH 0.03, the prime cost increases to UAH 30. If the rate is UAH 0.005, the cost will be the same. What is the purpose of this due?

It is obvious that the key goal of the draft law “On inland water transport” is to create conditions to set a constant cash flow beyond the state budget as the one which is being received by Ukrainian Sea Ports Authority.

This flow will be controlled neither by bodies of the State Treasury Service of Ukraine nor by the Accounting Chamber; it will not replenish the State Treasury.  This flow will not serve the state but those who are going to supervise another transport Authority.  It will solve neither the problems of rivers dredging nor reconstruction of the locks of the Dnipro Cascade nor the problems of river transport.

Why the rivers potential is unused

USD 1 of canal dues should be abolished because the sea ports of Mykolaiv and Kherson are the most expensive ports.

According to the draft law No. 2475a “On inland water transport”, local authorities and local communities are deprived of the opportunity to influence the vector and priorities of water transport development.

I want to ask the authors, have you ever been to Mykolaiv River Port? Have you noticed the terrible condition of the urban roads in densely populated part of Mykolaiv? The financial burden of maintenance and repair of roads, which are used to deliver cargoes to ports, falls on the shoulders of local authorities.

If we take into account that almost 20 million tons are being transported through Mykolaiv and 4 million tons through Kherson, 0.5 is almost USD 12 million which can be used to develop infrastructure of access roads to Mykolaiv and Kherson. This money is enough to perform dredging and repair locks.

We are waiting for “shadow” fleet

The discussions are ongoing at present: there is no fleet and vessels to transport cargoes in Ukraine. What should we do?

I am convinced that if the Parliament adopts the draft laws, the vessels which once have been part of the “Ukrrichflot” and were built at the Ukrainian shipyards, but are registered in offshore jurisdictions, will operate on Ukrainian rivers. They will perform transportation along the Ukrainian rivers and will fly “favourable” flags.

We will have cases when the Ukrainian sailors who work at the territory of Ukraine pay no taxes to the country.

Borys Kozyr, a people’s deputy who has promised to develop Ukrainian shipbuilding and to create new workplaces for Ukrainians during the election campaign, became the main ideologist, lobbyist, and driving force of these draft laws.

It is offered to let a cheap western fleet to Ukraine; it will “bunker” in international waters and will not pay excise tax. Consequently, Ukraine will not have its fleet.

Is it a state approach? No, it isn’t. In view of this, we will not give job to our sailors and will not build a fleet at our shipbuilding yards.

If one gives free access for foreign vessels flying foreign flags, it will not be profitable to build in Ukraine and to give job to Ukrainians anymore. I or anyone else can import any cheap vessel and to pay neither customs nor VAT.

We have been living for 25 years without a special law on inland water transport. Is this law a universal remedy for decline of river transport economy? Will it give answers to all painful questions of the branch? Will it be able to provide dredging and cleaning of Ukrainian river beds? Will it bring money to Ukraine to repair locks?

Does anyone believe that it is impossible to build new river terminals, berths, quays, stations and other objects of transport infrastructure? The current legislation on regulation of urban development successfully supervises these issues and doesn't hinder the development of river transport.

Does anyone believe that the state has no money to dredge rivers? The notorious tender for dredging in waters of the sea port Yuzhny at unreasonably high price shows that the state has even more money. The money, dealers from the Ukrainian Sea Ports Authority tried to "launder", would be enough to dredge the Dnipro River.

Is there no state supervision over river navigation? The State Service of Ukraine for Transport Safety was created; it is responsible for supervision over all traffic participants in this sphere.

At present, the Government lacks power to abolish locking service, fee for drawbridges, and to resolve other issues related to dues and fees paid by river vessels.

There is no need to adopt laws for this purpose.

It is surprising that a real hysteria has been developed around the package of "river" draft laws during the last three weeks; it is being inflated by their authors.

It is more surprising that European partners of Ukraine finally paid attention to river transport of Ukraine; these are the Embassy of the Kingdom of the Netherlands and international financial institutions (the World Bank, the European Bank for Reconstruction and Development, the European Investment Bank, and others).

Our European partners seek to study the existing problems thoroughly and to implement the best world experience of river transport in Ukraine.

They allocate grants and provide technical assistance to Ukraine to study this issue. Thus, adoption of decision of the Parliament on the draft laws without detailed joint discussion is a sign of disrespect.

On November 17, there will be National round table discussion at the Ministry of Infrastructure on the concept of the revised National Transport Strategy of Ukraine till 2030. I stress that these are not strategies but concepts. However, this didn't prevent the authors of the draft law "On inland water transport" from discussions; they are trying to introduce the river due at any cost.

It is said that the November 17 is appointed at the Verkhovna Rada as the "day of infrastructure"; it is planned to review the "river package" among the other draft laws in various fields of transport. It seems that the authors of the draft law and the Ministry of Infrastructure are so confident in the success of their initiatives and support of the parliamentary majority, so the National round table is also scheduled for the same day; they even rescheduled it from morning to afternoon.

Is it to ensure that the work has been done?

In the absence of the strategy to develop national transport system, the adoption of this law doesn't meet the demands of society and business, and it is inconsistent with the strategic interests of the state.

I have to address to the Government, to the Prime Minister, to international financial institutions and to give them all the documents proving unacceptability of these draft laws for Ukraine.