DANGEROUS NEGLECT
A ROUGH START IN 2020 TO U.S.-UKRAINE RELATIONS 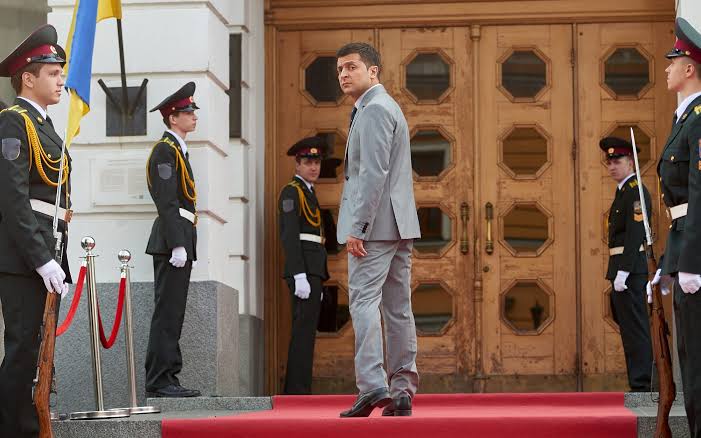 This is the second time Secretary Pompeo has cancelled a trip to the country, leaving its embattled president high and dry.

Ukrainian President Volodymyr Zelensky scored an important political win last Sunday by securing the release of 76 Ukrainians who were taken hostage by Russian and Russian-supported forces. Secretary of State Mike Pompeo was scheduled to have been in Kyiv tomorrow, and could have praised Zelensky’s efforts, while offering unambiguous U.S. support for Ukraine. Except Pompeo canceled his trip, citing the unrest in Baghdad.

Pompeo’s decision is understandable given the volatile situation in Iraq and the threat to the U.S. Embassy compound there. But it is his second postponement of a trip to Kyiv, after he did the same thing last November amid the impeachment scandal. President Trump was also scheduled to have met with Zelensky in Warsaw last September, but he, too, canceled his trip due to the threat of a hurricane hitting the U.S. east coast. Zelensky did have an awkward meeting with Trump in New York last September—not the long-promised meeting in the Oval Office—on the margins of the United Nations General Assembly. Forgive the Ukrainians if they start to think top American officials are trying to avoid them.

Adding insult to injury, the former U.S. Ambassador to Ukraine, Bill Taylor, who had been serving as Chargé for the past half year after the premature and unfair removal of the previous ambassador Maria Yovanovytch, had his assignment cut short several weeks early. Taylor had testified in the House impeachment hearings in the fall, prompting Trump to accuse him, incorrectly, of being a “never-Trumper.” Pompeo never came to Taylor’s defense in the face of such attacks from the President and others.

The departure of Taylor was reportedly ordered to avoid the chance of photos of him and Pompeo appearing during the latter’s expected visit. With the trip canceled, alas, there will be no photos of Pompeo this week in Ukraine at all, with or without Taylor. Instead, the U.S. Embassy in Kyiv will be left in the hands of the deputy chief-of-mission, with no ambassadorial nomination from the White House in sight. Zelensky has to be wondering what more could go wrong.

All this is truly unfortunate, since Zekenskyy deserves credit not just for obtaining the release of Ukrainians from Russian custody, but also for his anti-corruption and other reforms. The Ukrainian President rightfully feels isolated, even among what ought to be friendly countries in the West. Unfairly ensnared in the U.S. impeachment scandal, he has endured disparagement of his country by President Trump. And he faces growing pressure from some European leaders to “resolve” the crisis with Russia so that their countries can lift sanctions and return to business as usual with Putin. All this pressure left Zelensky, in a recent interview with Time magazine, saying he doesn’t “trust anyone at all.”

Zelensky became president after winning 73 percent of the vote in the second round of Ukraine’s presidential election last April. Prisoner exchanges as a step toward ending the war with Russia were a major theme of his campaign. Last Sunday’s exchange follows one on September 7 that secured the freedom of 35 Ukrainians illegally held by Russia and its proxies.

To secure the freedom of his compatriots, Zelensky released 124 individuals whom Ukrainian forces had captured during the fighting. Included among those were five Ukrainians who served in the Berkut special operations police force—individuals who had been implicated in the killings of dozens of protestors under orders of then-pro-Russian president Viktor Yanukovych in downtown Kyiv in 2014 during the Euro-Maidan Revolution. Their release to the Russian side means they likely will never see justice for the murders they committed.

In the release carried out in September, the Russians insisted on securing custody over Volodymyr Tsemakh, described by Dutch authorities as a “person of interest” in the investigation of the July 2014 downing of Malaysia Airlines Flight 17 by a Russian missile. Tsemach’s release in September sparked criticism of Zelensky, as Russian authorities have no intent of cooperating with the Dutch investigation. With this most recent release, the criticism has ramped up.

Zelensky faced a terrible choice. The lack of any justice for those responsible for the killings in Kyiv in February 2014 is an understandable source of outrage among Ukrainians. Zelensky’s predecessor, Petro Poroshenko, bears most of the responsibility for that. But refusing to turn over the five Berkut officers might have nixed the possibility of securing freedom for any of the detained Ukrainians, none of whom should ever have been arrested in the first place.

The larger moral context needs to be kept in mind. This all started when Russian President Vladimir Putin directed his paramilitary and security forces to invade Ukraine in 2014, starting with the Crimean peninsula (which Russia subsequently illegally annexed), and then more brutally with Donbas in Ukraine’s east (where the war continues to this day). In the almost six years of fighting, more than 14,000 people have been killed and nearly 2 million displaced. Putin bears responsibility for all of this.

Zelensky has secured the freedom of Ukrainians who did nothing wrong or were defending their homeland from invading Russian forces. Putin, by contrast, secured the release of individuals with blood on their hands. These were people under investigation, charged with or suspected of involvement in atrocities, whether the shoot-down of the Malaysian plane in 2014, or the cold-blooded killings of protestors in Kyiv. That Putin sought the release of these kinds of individuals speaks volumes about his sense of values—or lack thereof.

Whereas Zelensky deserves praise, Putin does not. After all, had he not invaded his neighbor, none of these people would have been in Russian detention and all those lives lost as a result of his aggression would have been spared. Unless and until Putin withdraws all Russian forces from Ukrainian territory, including from Crimea, and ends his attacks on Ukraine, Western sanctions ought to remain in place—and even be tightened. Just last week, Putin rode the first train between Crimea and Russia, on a bridge built in clear violation of Ukraine’s sovereignty and territorial integrity.

Notwithstanding his assent to the exchange of prisoners, Putin remains the same nasty authoritarian leader responsible for invading his neighbors (in addition to Ukraine, he invaded Georgia in 2014 and launched a cyber attack against Estonia in 2007), suppressing the rights of his own people, slaughtering innocent civilians in Syria, and interfering in our elections and politics.

Zelensky, on the other hand, deserves our support in dealing with his still threatening Russian counterpart and in reforming his country. There should be no confusion about who are the good guys—Zelensky and Ukraine—and who are the bad guys—Putin and his circle. Had he made it to Kyiv this week, Secretary Pompeo would have had an opportunity to show that he knows the difference.

David J. Kramer is director of European and Eurasian Studies and senior fellow in the Vaclav Havel Center for Human Rights and Diplomacy at Florida International University’s Steven J. Green School of International & Public Affairs and a former assistant secretary of state for democracy, human rights and labor in the George W. Bush administration. He is a contributing editor of The American Interest.