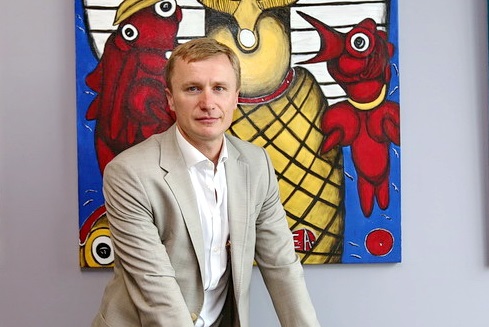 Key point: Take every chance to resolve disputes outside of Ukraine

Did you know?: Growing up, Bondaryev’s parents encouraged him to learn languages so that he could become a diplomat and travel outside of the Soviet Union.

Timur Bondaryev, one of the founding partners at Arzinger law firm, is a self-confessed workaholic. In the years since he opened the practice with partner Sergiy Shklyar — now a deputy minister at Ukraine’s Ministry of Justice — he admits that he hasn’t seen his family as much as he wants.

Now, at the age of 41, Bondaryev says he is looking to strike a greater balance, fencing off sport and family as “non-negotiable” when it comes to managing his time. It still doesn’t always go to plan, however, with the lawyer admitting that when it comes to work he, like others in his profession, is “a slave to his clients.”

But Bondaryev isn’t one to complain. The son of working-class parents from Luhansk, he arrived in Kyiv hungry for success. “My parents couldn’t help me financially, so I had to start working from the first day when I came to Kyiv,” he told the Kyiv Post. 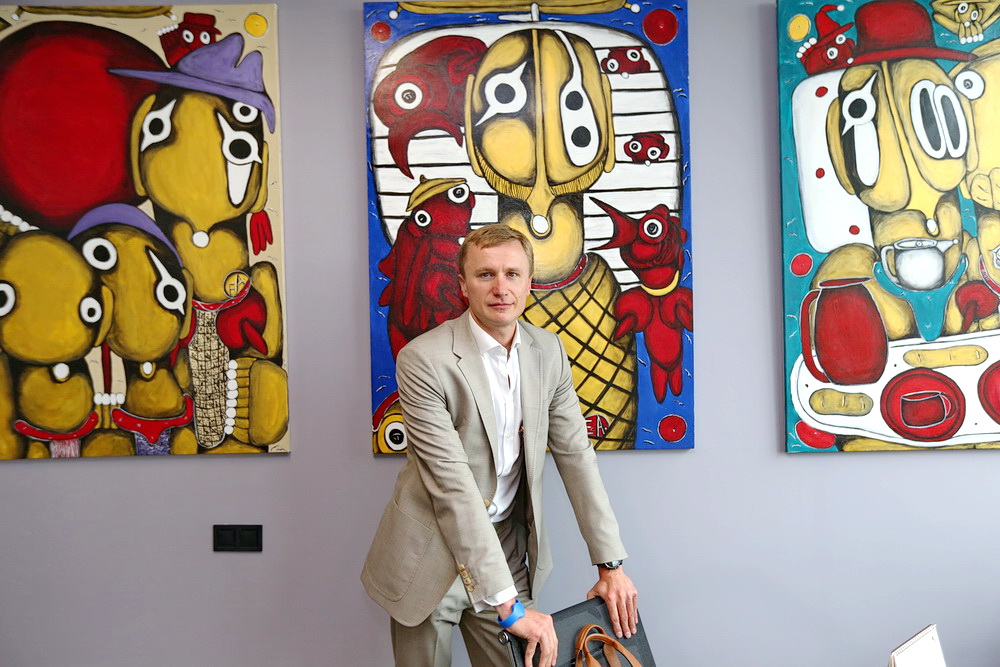 Looking around today, nearly 20 years later, he says lawyers of his generation are shocked by the attitudes of new graduates, who demand a greater work-life balance and aren’t ready to do things like come into the office on weekends. According to him a career in law simply cannot deliver such a lifestyle.

“It’s unbelievable. The younger generation, they don’t want to work hard. It’s the biggest disaster for us,” he said. “On one hand it’s great because we don’t have competitors. But on the other hand we are getting tired and we want to know who our successors will be.”

The long hours Bondaryev has been putting appear to be paying off, with a long list of awards and accolades decorating his personal page on the Arzinger website. The firm placed fifth in the ranking of the top 50 law firms in Ukraine compiled by industry publication Yuridicheskaya Pravda in 2016.

Bondaryev didn’t always plan on a career in law. Growing up in the Soviet Union, his first aim as a student was to learn foreign languages so that he could join the diplomatic service and travel beyond the Iron Curtain.

But law turned out to be a more enticing option. Law was where he could more effectively apply the German and English he had perfected during his first degree at the Horlivka Academy of Foreign Language in eastern Ukraine.

Bondaryev said his language skills have been integral to the success of the firm, whose name comes courtesy of his first German partner, Rainer Arzinger. When Arzinger died some eight years ago, Bondaryev and his partner bought out the name and used it to set up their own practice in Kyiv, making sure to open offices in Lviv and Odesa. Their knowledge of the German language and mentality has been a strong selling point.

“We when started to think of our own business, we saw that there were some English-speaking law firms,” said Bondaryev. “But since we knew well the mentality of German-speaking clients, we knew that they would rather talk in their own language. So we thought, why not open up a German-speaking shop?”

The strategy has led to Arzinger’s books filling up with clients from German-speaking countries, with Bondaryev telling the Kyiv Post that around 75 percent of his own work is conducted in German and that the firm has advised on the biggest Austrian investments in Ukraine.

Such large deals are exactly the type which Arzinger seeks to specialize in, taking on as it does only the most complex, high-profile cases it can. That places the firm in the premium sector of the market, with its lawyers able to command from €200 to €450 for an hour’s work.

But it wasn’t always so. Bondaryev recalls how when Arzinger first came into the market it had to take on a much greater number of less well-paid cases to survive. Today it is able to pick and choose its clients.

“Now the trend is that we have far fewer projects but they are much more profitable,” said Bondaryev. “We issue fewer invoices but we work on the most complex transactions, investigations, arbitration's and litigation's. There are upsides and downsides. It’s a huge risk, but I think we are very well diversified.”

Bondaryev has sought to turn Arzinger into a “one-stop shop” by cultivating complementary areas like tax litigation and white collar crime. This array of knowledge helped the practice get through the financial crisis of 2008.

From a start of just two persons, Arzinger now has more than 80 employees across its three locations. In Kyiv it recently moved into high-end, custom-built offices just a stone’s throw from the General Prosecutor’s Office. Such proximity to one of the country’s key institutions of justice provokes mixed feelings in Bondaryev, who says part of the firm’s reason for moving was to improve security.

“Our old premises didn’t meet our ambitions in terms of style, design, layout and security,” the managing partner told the Kyiv Post. “Security is a big, big topic because lawyers in Ukraine, unfortunately, are quite often raided by our neighbor, the General Prosecutor’s Office.”

Bondaryev acknowledges that since the EuroMaidan Revolution that drove President Viktor Yanukovych from power on Feb. 22, 2014, there have been improvements in Ukrainian justice.

But much remains to be done.

He says he still sees the ills that have long plagued the system: officials demanding bribes, law enforcement agencies being used to carry out political orders and unjustified court decisions.

As a lawyer, he says he has come to the realization that in the face of such odds, the best course of action is often to avoid Ukrainian institutions altogether.

“If you are chasing a major politician who is backing a major business, you have no chance of winning,” he said. “The only option is to be creative enough to somehow find a connection to the U.K. or some other jurisdiction. These guys don’t expect to find themselves standing before a U.K., or Austrian or Swiss court. We’ve had success that way.”

For Bondaryev, the fact that Ukrainian courts are not yet trustworthy is, on a personal level, a sad conclusion. But as a professional, it is simply a part of the landscape which, for the sake of his clients, he cannot afford to ignore.

“I am a big patriot of Ukraine, but I don’t have a choice,” he told the Kyiv Post. “This is what I have been teaching my associates and my students. If there is an opportunity to take a dispute outside of Ukraine, this is your job. This is your main job. You’ll save a lot of money and a lot effort for your client.”

A mass protest in Kyiv on Dec. 1, 2013, during the EuroMaidan Revolution. Timur Bondaryev of law firm Arzinger says the revolution that ousted President Viktor Yanukovych on Feb. 22, 2014, helped reduce corruption somewhat. But he believes that if authorities had made greater efforts to create rule of law immediately following the revolution, Ukraine would now be “a very, very different country.”
LINK: https://www.kyivpost.com/business/workaholic-combines-languages-law-give-firm-edge-market.html
NOTE: Arzinger is a long standing member of the U.S.-Ukraine Business Council (USUBC), www.USUBC.org, Washington, D.C.