Bill Taylor departs post as top US diplomat in Ukraine 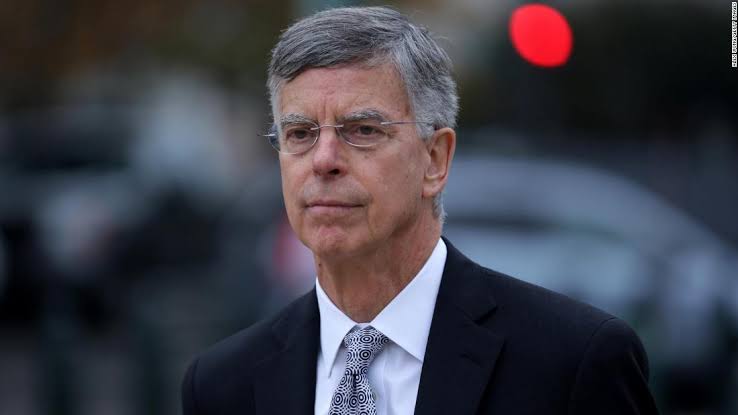 Washington (CNN)Bill Taylor, who led the US embassy in Ukraine and served as a key witness in the House impeachment inquiry, has departed his post.

In his six months as charge d'affaires in Kiev, Taylor twice testified as part of the House probe into President Donald Trump, providing damning testimony about an alleged quid pro quo with Ukraine. He also remained a vocal advocate of maintaining US support for the country, especially amid ongoing Russian aggression.

Answering questions from CNN after he arrived in Washington on Thursday night, Taylor said he was still under some "constraints" and couldn't say whether he had been asked to leave before Secretary of State Mike Pompeo's planned visit to Ukraine. He also declined to answer whether he was concerned about Rudy Giuliani's continued efforts in Ukraine but said he would testify in Trump's Senate trial if he were asked.

He said he was looking forward to retirement and praised his successor, Kristina Kvien.

In a farewell message posted on New Year's Eve, Taylor had stressed the US' "strong support" for Ukraine and voiced optimism about the country.

In the message, Taylor noted that he knew when he arrived that he would be in the post "for a limited period of time."

The embassy had announced Thursday that Kvien, the deputy chief of mission, had taken over as charge d'affaires.

"While the embassy's leadership is changing, our policy of strong support for Ukraine remains steady," Kvien said in a video message posted Thursday. "Our embassy team will continue to partner closely with the Ukrainian government and civil society in support of Ukraine's sovereignty and territorial integrity and in support of reforms that will help Ukraine build its prosperous European future."

Taylor's departure comes a day before Pompeo had been slated to arrive in the Ukrainian capital city. That visit was postponed on Wednesday "due to the need for the Secretary to be in Washington, D.C., to continue monitoring the ongoing situation in Iraq," according to a statement from State Department spokesperson Morgan Ortagus.

Taylor came out of retirement to take on the role of top diplomat in June after Ambassador Marie Yovanovitch's unexpected removal from Kiev. It was a post he took with hesitation, he revealed in his House impeachment testimony, noting concerns there was "a snake pit in Kiev and a snake pit here, and (he) was not sure that (he) could usefully serve in that context." Sources told CNN in December that his appointment was set to expire this month, and though there were ways the State Department could have tried to extend his stay in Kiev, such as giving him a different title, there was no effort to do so.

The Trump administration has not announced a nominee for ambassador to Ukraine.