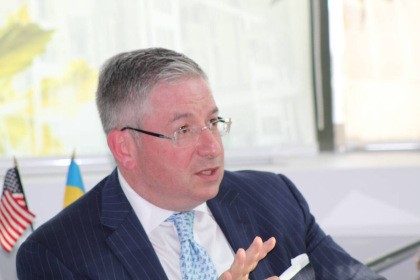 In an effort to streamline its legal operations and to manage international due diligence and compliance processes for the $1.2 billion of financing transactions in its pipeline, Broad Street Capital Group announced today that it has retained Alex Lipman of Lipman law PLLC, to provide general counsel services. Alex Lipman has also joined Broad Street as an Advisory Board Member.

Most recently a partner at a major international law firm, Mr. Lipman has almost 30 years of experience both in private practice and government with focus on SEC enforcement matters, anti-corruption investigations, securities litigation, other regulatory and government matters, as well as corporate governance.

Alex’s government experience includes serving as a Special Assistant United States Attorney on the Securities and Commodities Fraud Task Force at the U.S. Attorney’s Office for the Southern District of New York. In that position he prosecuted and tried cases involving accounting fraud, mail and wire fraud, and insider trading. Alex also served as a Branch Chief in the SEC’s Enforcement Division, where he conducted numerous high-profile investigations into securities law violations, including cases stemming from the collapse of Enron.

Mr. Lipman also has been a key driving force in developing a proprietary Grey2White® Due Diligence Program designed to identify and solve complex legacy due diligence issues, as well as to optimize multiparty compliance inquiries, which arise during international financing transactions.

"We are very excited to have Mr. Lipman and his Firm advise our team. As the Broad Street Capital Group is poised to enter its next phase of growth, having a seasoned, internationally renowned legal expert in our corner, will help the firm's clients not only to successfully navigate through complexities of international financing and M&A transactions, but will also allow them to unlock the value of their companies by putting in place best practices in the areas of financial reporting, anti corruption and corporate governance." said Alexander Gordin, Managing Director of the Broad Street Capital Group.

"I look forward to working with Mr. Gordin and the Broad Street team on ways to improve and streamline the way due diligence and compliance are managed during international financing and merger transactions involving companies in emerging markets. Rather than engaging in a reactive, expensive and cumbersome process, the Grey2White® program aims to provide deeper due diligence investigations than conventional KYC screenings in advance of potential transaction. This would provide greater transparency from the start, reduce costs and benefit all parties involved in the transaction." said Alex Lipman

About the Broad Street Capital Group.

Based in the heart of New York City’s Financial District, Broad Street Capital Group (www.broadstreetcap.com) is an international private merchant bank, which since 1988 has served several foreign governments, multiple state-owned companies, as well as SMEs in emerging markets. Through its member companies, the Group focuses on developing project financing in the $100 million to $1 billion range, providing political risk mitigation, export management services and cross-border market development advisory. The Firm has done business in over 35 countries, spanning the emerging markets landscape from Bangladesh to Ukraine.

Currently, the Firm maintains presences in eight countries and works closely with all trade and development agencies of the U.S. Government, as well as with Credit Agencies of several European and North American countries. Since its inception, Broad Street Capital Group has been involved in multiple high-profile cross-border transactions in agriculture IT/telecom, aerospace, healthcare, oil and gas,energy generation, food security, nuclear safety, hospitality and franchising sectors. The firm’s current advisory and financing portfolio is expected to exceed $1.25 billion by January 1st, 2020.