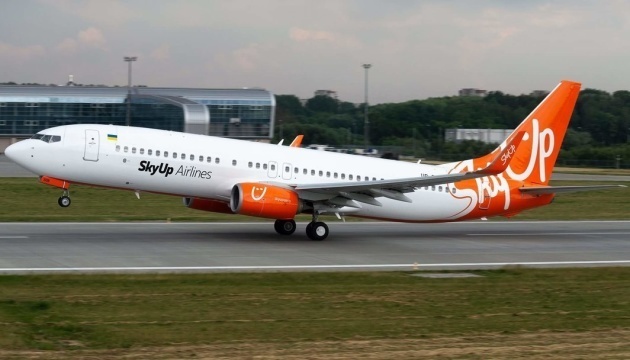 Washington, D.C. - SkyUp Airlines is Ukraine’s first low-cost airline. SkyUp started in 2017. SkyUp flew its first flight on May 21, 2018, and has transported over two million passengers since that time.

SkyUp Airlines, https://skyup.aero/en/, is committed to serving the public’s right to fly by servicing 31 regular, and 16 charter destinations. Founded on the philosophy that air travel should not be more expensive than a restaurant dinner in Kyiv, SkyUp Airlines serves an important niche in the Ukrainian low-cost airline industry.

SkyUp Airlines uses only U.S. made Boeing Company airplanes, and we believe that our relationship with USUBC will help us to continue to promote our cooperation in the U.S.,” said Aleksander Alba, co-owner of SkyUp.

In 2019, SkyUp Airlines greatly expanded its operations. They began to fly in an eco-friendly way and with better comfortability, transported almost 2 million passengers, grew the number of employees,  and expanded the number of destinations and hub airports.

Last year, SkyUp Airlines completed 12,198 flights. The shares of scheduled and charter flights in the total volume of traffic were almost the same. The cabin crew of the air carrier has 77 commanders, 92 co-pilots, and 299 flight attendants. In total, SkyUp Airlines team now has over 660 specialists.

INCREASING THE SIZE OF THE FLEET ----

"The over 200 members of the U.S.-Ukraine Business Council (USUBC), www.USUBC.org, are very pleased to have the opportunity to work with SkyUp Airlines, Ukraine's first low-cost airline which offers passenger and charter flights," said USUBC President, Morgan Williams.