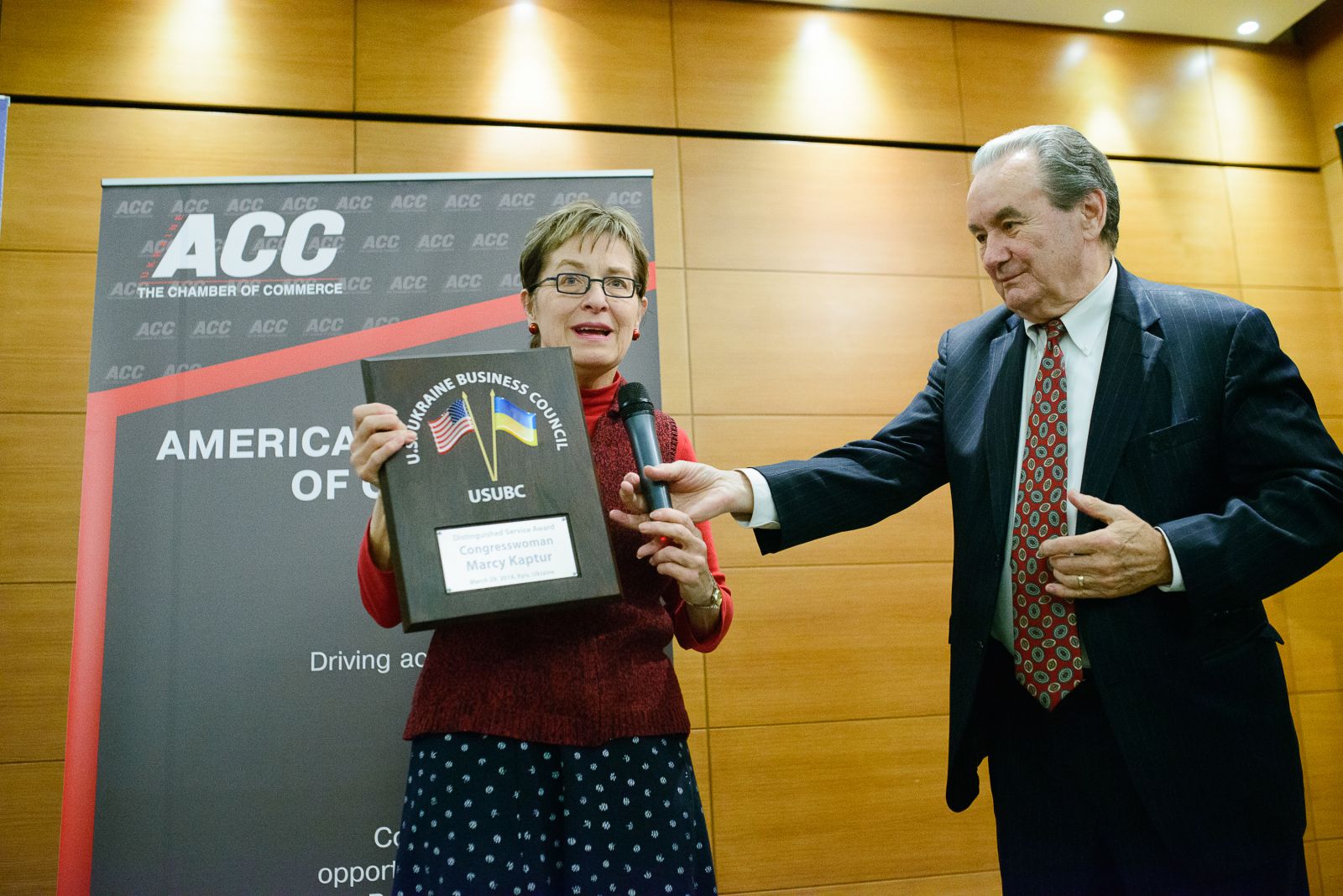 ​USUBC’s President and CEO, Morgan Williams, presented Marcy Kaptur with a much deserved Distinguished Service Award during the welcoming receipting while she visited Kyiv on March 29, 2018. The Award was given to appreciate her continuous support for development of a democratic Ukraine and contribution to Ukraine’s economic growth as a market economy.

In particular, Congresswoman Kaptur was a co-sponsor of H.R. 1053 which, when passed in 2006, graduated Ukraine from the trade restrictions imposed by the Jackson-Vanik Amendment of 1974.

Congresswoman Marcy Kaptur’s attention to Ukraine issues and her passion for Ukraine can be seen in her statements: https://kaptur.house.gov/issues/foreign-affairs/ukraine

At the reception, Congresswoman Marcy Kaptur presented her project Seeds of Hope, the goal of which is to assist small and medium farmers in Ukraine, in particular women farmers, who produce a large portion of domestically consumed fruit, vegetables and certain other food types by addressing various needs of local food producers.

Congresswoman Kaptur is a Member of the U.S. House of Representatives from Ohio's 9th Congressional District and the longest-serving woman in the House of Representatives. Congresswoman Kaptur is a co-founder and Co-Chair of the Congressional Ukraine Caucus; her grandparents were born in Ukraine and she has worked on Ukraine issues ever since she has been in the Congress.

To see more photos of the reception please follow the link: http://www.usubc.org/site/gallery/Welcoming-Reception-for-Congresswoman-Marcy-Kaptur-in-KYIV