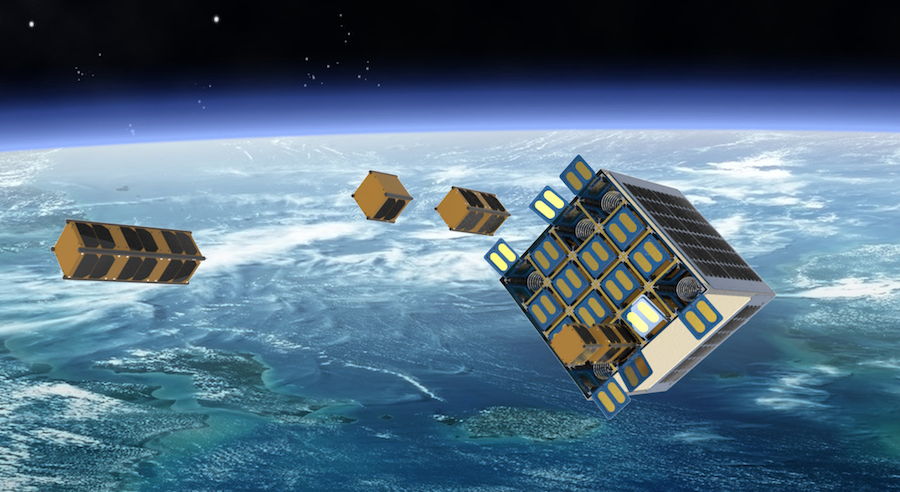 The maiden flight of ION had to be scrapped in March because of the Covid-19 pandemic outbreak and again in August due to persistent adverse weather conditions. Finally, on September 3 at 3:51:10 a.m. (CEST), ION SVC LUCAS lifted off from the Vega Launch Complex in Kourou, French Guiana aboard an Arianespace Vega rocket on the VV16 Small Spacecraft Mission Service Proof of Concept Flight.

The rocket placed ION in a Sun-Synchronous orbit at approximately 515 km with the satellite separating correctly from the dispenser at 4:43:45 a.m. In the coming weeks, ION will carry out its mission, named Origin, by deploying a flock of 12 Planet SuperDoves satellites, performing in-orbit demonstration/validation of dedicated payloads, and testing the onboard propulsion module.

“The ION Satellite Carrier is a complete spacecraft, with its avionics, electrical and power, attitude control, thermal control, and command and data handling subsystems. Throughout its mission, it can guarantee the release of all satellites at different attitudes which can be considered as a new stage of a rocket. This is an important milestone for launch services and for all NewSpace companies because ION can deliver the satellite constellation faster and with lower costs to different orbits,” Luca Rossettini, CEO D-Orbit, commented about the launch.

D-Orbit engineering and manufacturing teams are now performing a series of tests on the spacecraft and preparing for a second launch scheduled for late December 2020 atop a Falcon 9 rocket. The goal is to test advanced orbital maneuvers which will increase the satellite deployment precision of the ION Satellite Carrier.