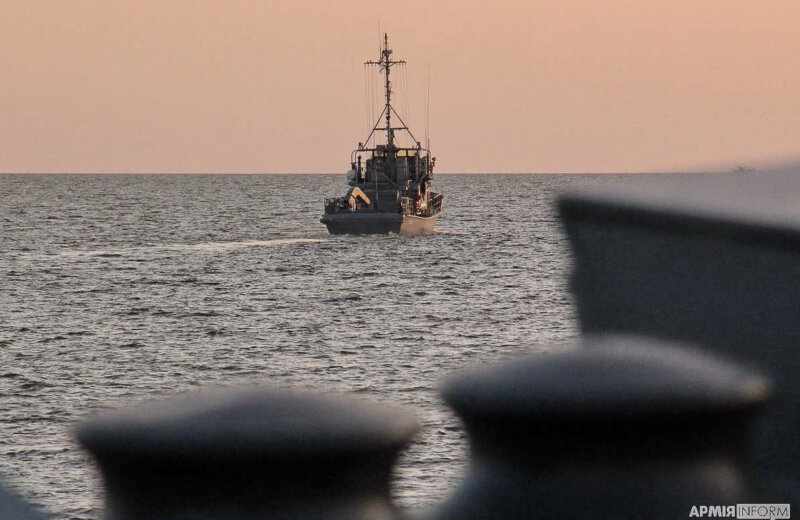 As the war of words over the Black Sea grows, leading policy experts and former military staff met to discuss the future for the maritime region. The Black Sea has been identified as a potential flashpoint for conflict, but according to experts, the hybrid war for the region has been raging since Russia’s illegal occupation of the Crimean Peninsula in 2014.

In an online event hosted by the U.S.-Ukraine Business Council, members of the military, diplomatic, and business community of Ukraine, along with its international partners, evaluated the course of Russia’s aggression in the region and discussed strategies to ensure the stability of the Black Sea states.

Pavlo Verkhniatsky, the moderator for the event, began by establishing the circumstances behind increased tensions in the maritime region. The region had gone beyond a point of just military importance, now representing a hybrid conflict which was being waged in the spheres of cyberspace, the economy and society.

The Russian Federation attempts to use military, informational and economic forces to both capitalize on its illegal annexation of Crimea and to destabilize the region to its advantage. Lieutenant General Peter Kopka, to analyze the internal situation in Russia to understand the “great power struggle” in the region. Quoting Cicero, he noted that: “The closer the collapse of an Empire, the crazier its laws.”

Russia has recently undergone constitutional reforms to solidify the power of its premier and nullify the decisions of international tribunal concerning its violations of international accords. These amendments, he added, mean that “Russia reserves the right to external expansion under the guise of protection of people who consider themselves Russian in other countries.”

Kurt Volker, former Special Representative for Ukrainian Negotiations, stated the need to expand protection for countries in the region beyond its contractual alliances. “There’s a dividing line, which goes into place – roughly – who’s in NATO and who’s not,” Volker stated. “This determines the level of willingness for the US to confront Russia. That, I think, is something Russia exploits.”

To combat the multidimensional conflict being waged by Russia, Lauren Speranza, Director for Transatlantic Defense and Security for CEPA, added that it was essential that European institutions and policy circles continued to operationalize and legislate against Russian threats in the region through a collective response and resource sharing.

Speranza called on international partners to recognize that hybrid warfare is continuous in nature, and that incidents are all a part of a larger campaign by Russia. Nation states were urged to devise continuous responses, rather than to respond to isolated incidents. Provocations came in many forms, “Cyber attacks, chemical attacks, election interferences… They shouldn’t be treated as individual incidents.”

Increasing the priority of the Black Sea region in the defense planning of the United States and European nations remains an important task. Former commanding general of the United States Army in Europe, Major General Ben Hodges, noted that the US should act meaningfully with international organizations and individual states to deter aggression.

“Every member of congress right now can accurately name Estonia, Latvia and Lithuania on a map because those three countries put their voices together- you don’t see that from the Black Sea nations”, the retired Major General stated.

He equally stressed the need for Ukraine to “put its voice together with Romania, Bulgaria, Georgia, Turkey and Moldova to become loud in Washington and Brussels.” Only four ships of the US navy are currently committed to Europe and their resources are stretched thin. If the nations in the region can put their voices together effectively, the General was confident that the region could become a higher priority for the U.S departments of defense and state.

The consequences of Russia’s actions have lasting impacts on not just regional security, but also on the international power balance between the Russian sphere of influence and NATO and the EU. The 2014 illegal annexation of the Crimean Peninsula served as a springboard to expand Russian influence over the Azov and Black seas, attempting to realize, what  former acting head of the Ukrainian foreign intelligence, Lieutenant General Peter Kopka, identifies as, “the final transformation of the sea of Azov into the inland sea of Russia.”

As an expert on the business relations between Ukraine and the rest of the world , Morgan Williams, President of the US-Ukraine Business Council, added that the security of the Black Sea region was important for stability and investment in Ukraine. The Ukrainian government has been working to encourage investment in its port facilities for Agribusiness, yet the vulnerability of the Black Sea was continuing to act as a hindrance to the otherwise flourishing exports of sunflower products. Ukraine’s failure to carry out necessary Euro-Atlantic reforms have also added to pressures in the region.

Major General Hodges advocates for increased western investment through financial transparency and corporate compliance, in order to bolster Ukraine against the destabilizing influence of Russian aggression. Private investment, he said, plays an important role in Ukraine. “If you’re an athlete and you have an injury,” he noted, “you start working on other parts to keep them strong.”

Lauren Speranza also reiterated that, although Ukraine was suffering repeated aggressions by Russia, Ukraine could defend its institutions through increased Euro-Atlantic integration, greater cooperation with the private sector and the development of the defense industry.