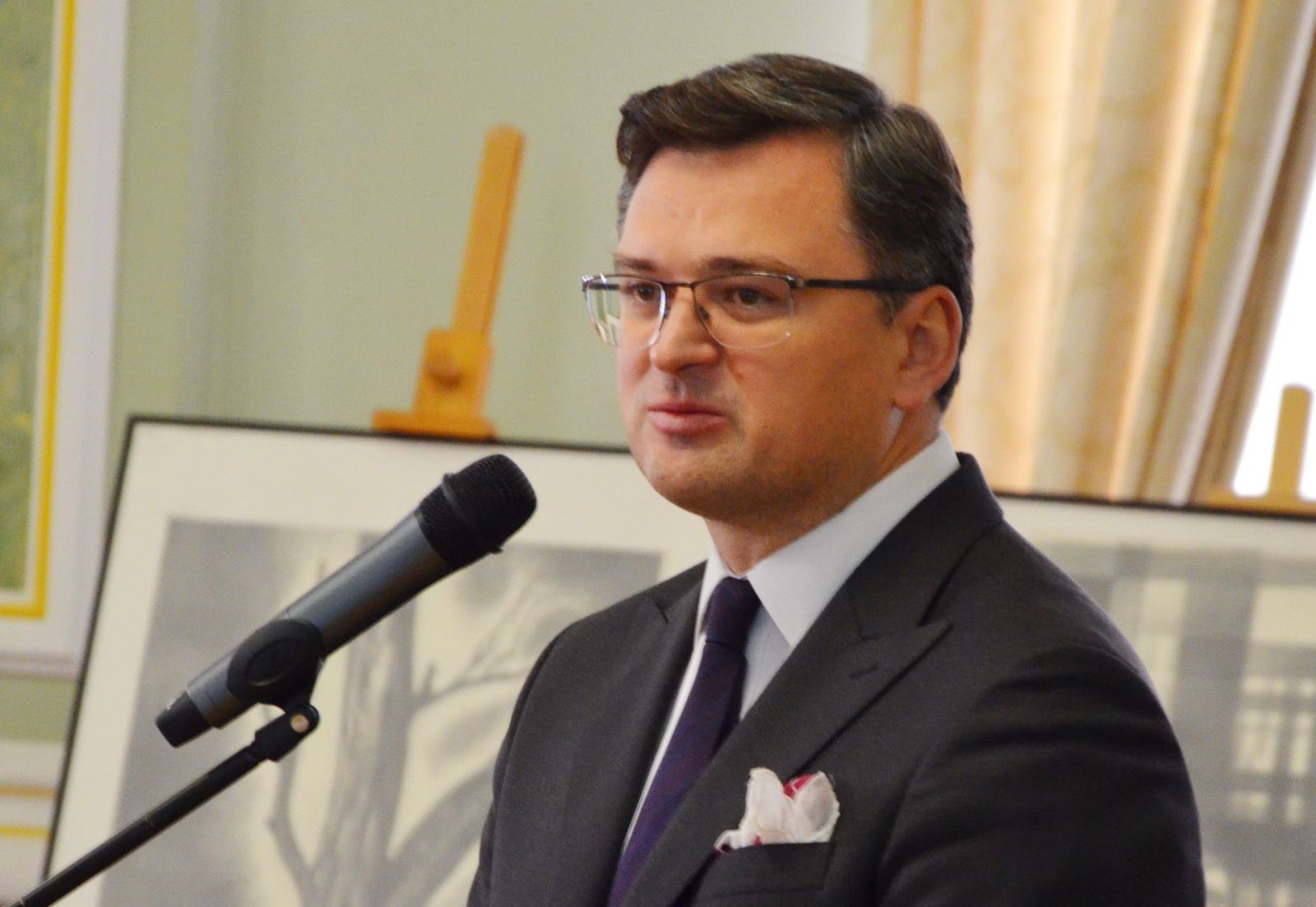 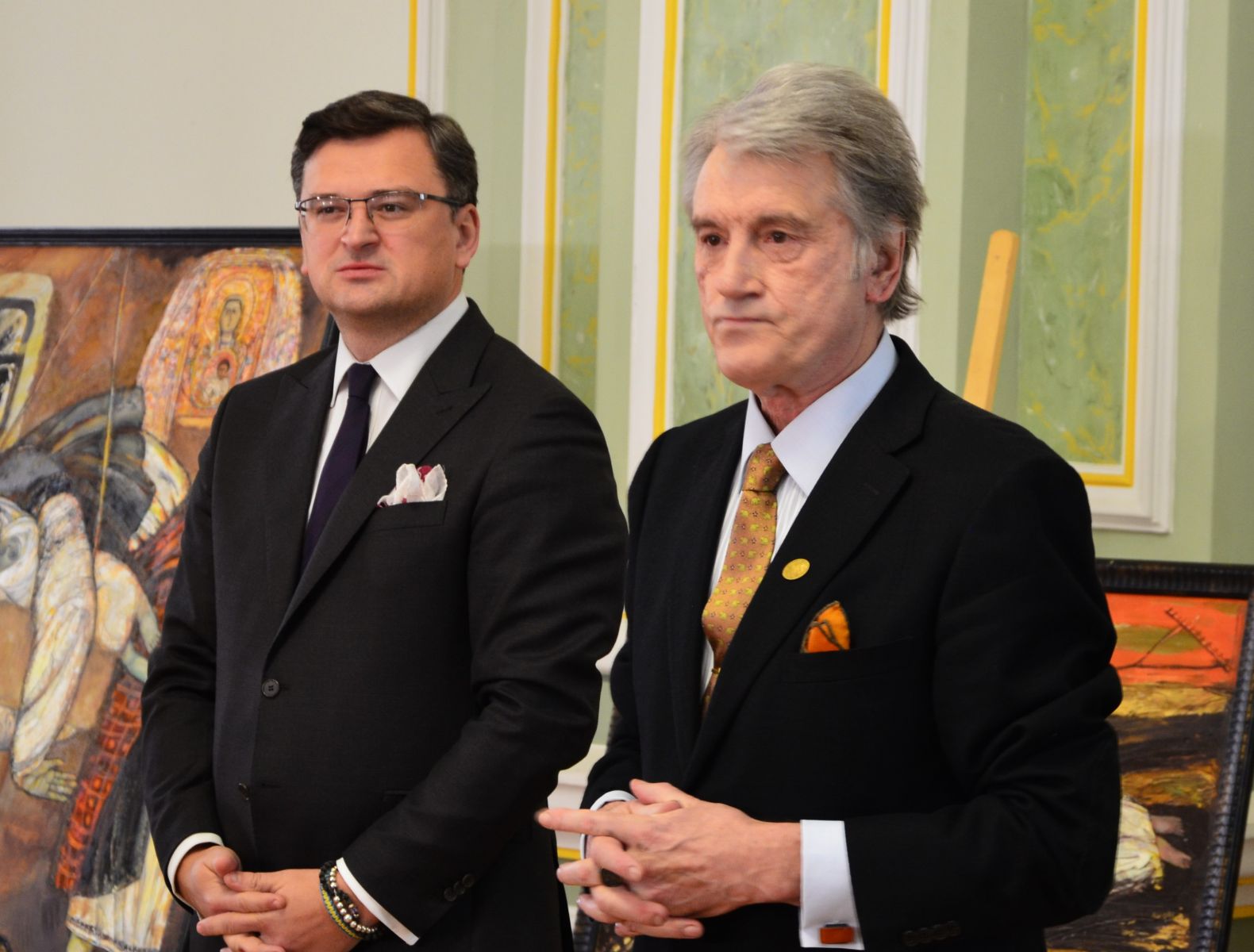 In the picture: Foreign Minister of Ukraine Dmytro Kuleba, President of Ukraine in 2005-2010 Viktor Yushchenko

On November 22 at the Diplomatic Academy of Ukraine named after H. Udovenko opened an exhibition of artwork "Holodomor: Through the Eyes of Ukrainian Artists.  The art exhibition was opened by Foreign Minister of Ukraine Dmytro Kuleba, President of Ukraine in 2005-2010 Viktor Yushchenko, Gennady Nadolenko, Director of the Diplomatic Academy, Maryna Antonova, Director of Government Relations, U.S.-Ukrainian Business Council, and Vira Barynova-Kuleba, Honored Artist, member of the National Union of Artists of Ukraine 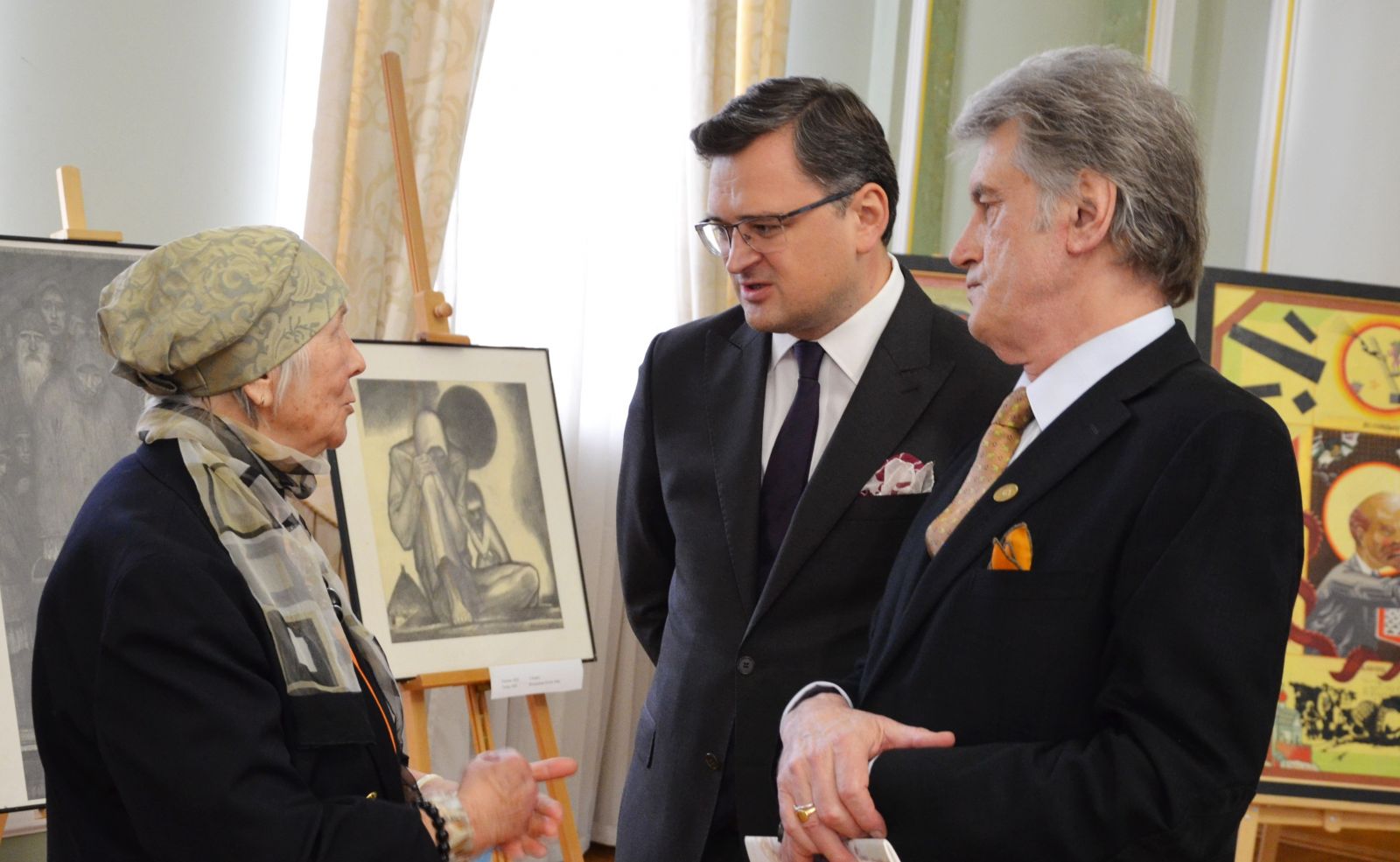 This exhibition is dedicated to one of the greatest tragedies of the Ukrainian people, the Holodomor-genocide. Practically all of the collection's items were created after 1988, when, after decades of suppression and forced silence, it was first officially recognized that millions of Ukrainians were starved to death in 1932-1933. 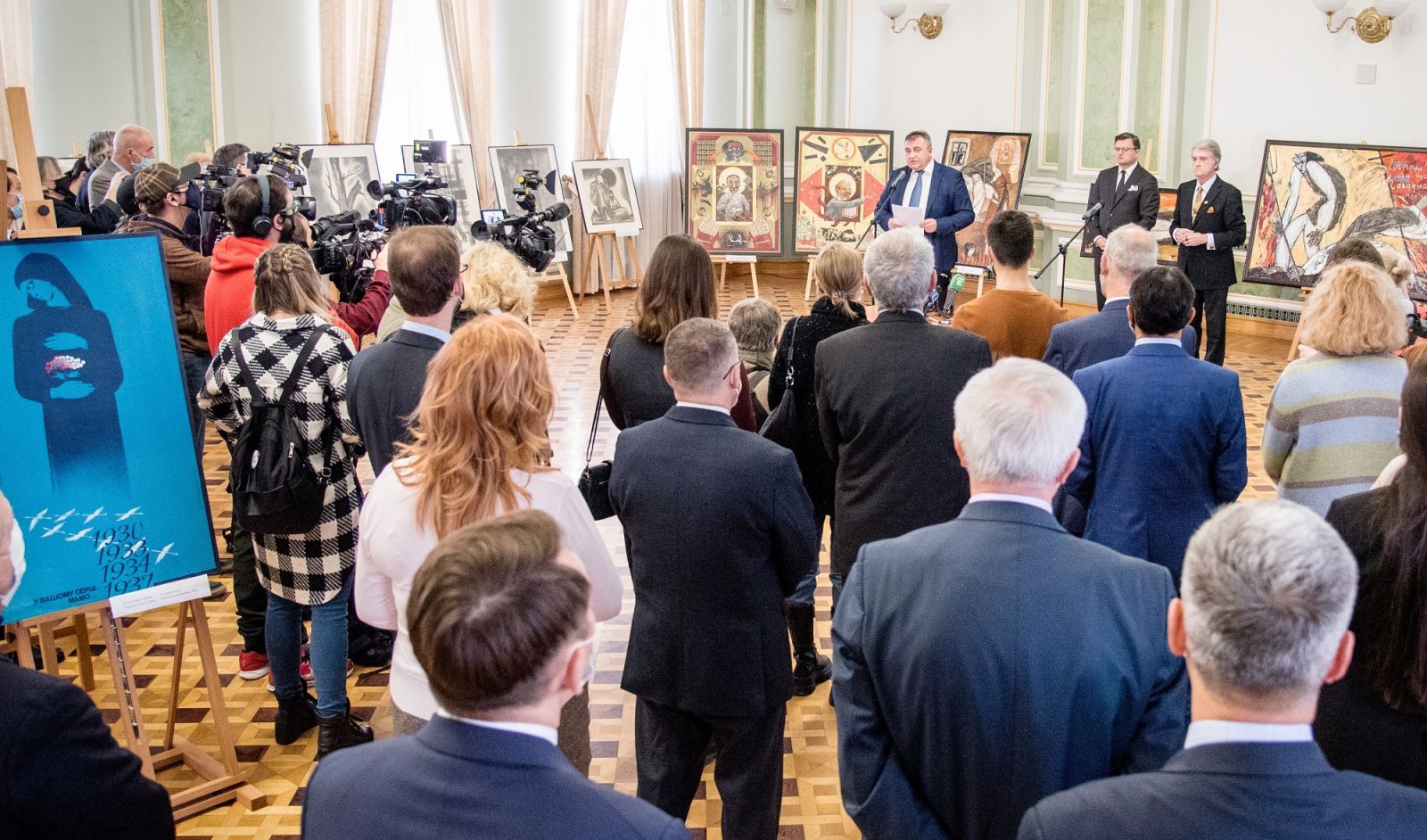 Victor Yushchenko, President of Ukraine (2005-2010): "Moscow's current war against Ukraine is a war for identity. Without self-identity, no nation can survive and build it way forward. And the collective and individual memory is the key to self-identity. "

Dmytro Kuleba, Foreign Minister of Ukraine: “Stalin and his people did not just commit genocide against the Ukrainian people. The Soviet regime intimidated generations of Ukrainians and tried to erase the memory of this crime. But we did not break. We overcame our fear. We will continue to work to make the world aware of this tragedy and the victory of Ukrainians in it. Because they could not kill us, they could not destroy our identity.

"At the cost of this terrible sacrifice, we won this battle as a nation. Each of us has a sacred duty, in honor of our ancestors, in honor of innocent Ukrainians who died from starvation, to remember and work hard to ensure that Ukraine is never again a victim. So that we are always strong enough, we can defend ourselves and not allow any abuse of us as a country." 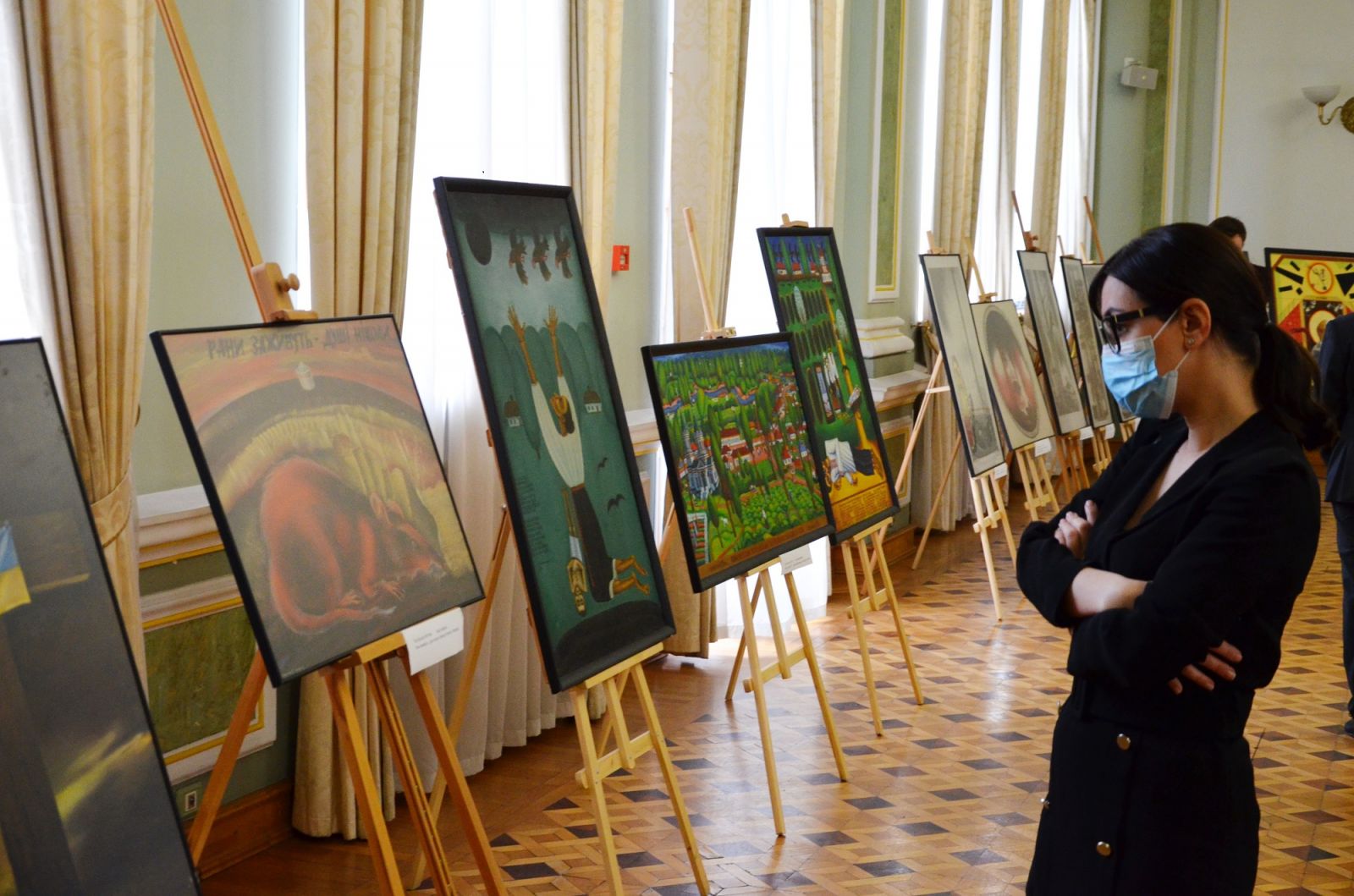 Gennady Nadolenko, Rector of the Diplomatic Academy: “The crime of genocide should be told to the whole world, and the memory of the victims of exterminated by the Bolsheviks should live forever. As one famous saying goes: "A person lives as long as the memory of him lives."

Maryna Antonova, USUBC: “There is a lot of pain and despair in the paintings in the collection. Despair because of the fact that almost no one in the world came to help Ukraine in those terrible times. Between 4 and 10 million people died of starvation on the most fertile land in the world. Stalin managed to destroy the Ukrainian resistance by taking away bread and tools from the people. 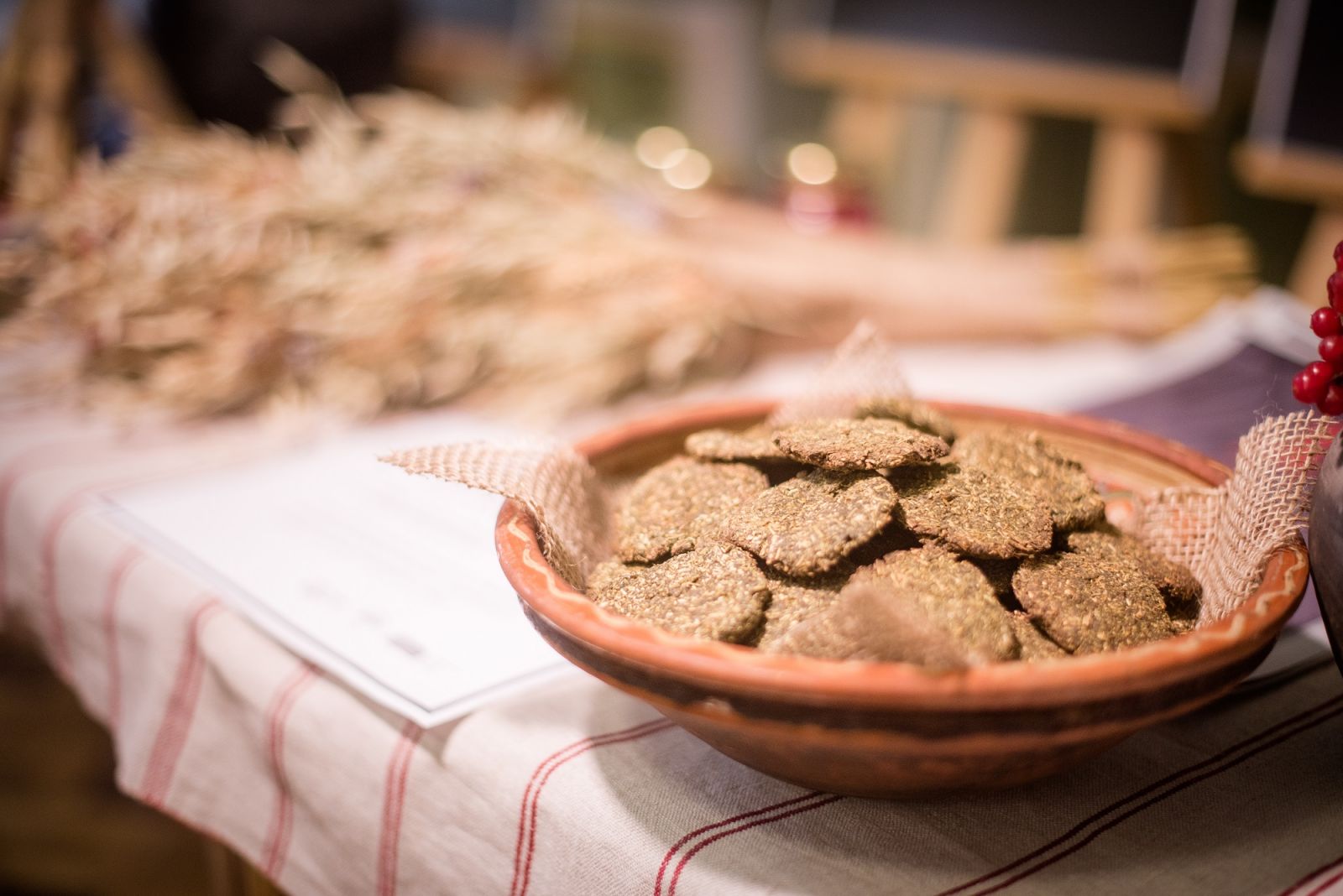 The event was organized by the Diplomatic Academy of Ukraine named after Gennady Udovenko and the US-Ukraine Business Council (USUBC). You can visit the exhibition from November 22 to November 30 at: st. Velyka Zhytomyrska, 2, Diplomatic Academy of Ukraine named after G. Udovenko, Great Hall. For additional information about the exhibition schedule: contact Kateryna Yablinska, 096-3875552,

kateryna.dau@gmail.com The event is being held in compliance with all anti-epidemic measures. A green COVID certificate and personal protective equipment are required.