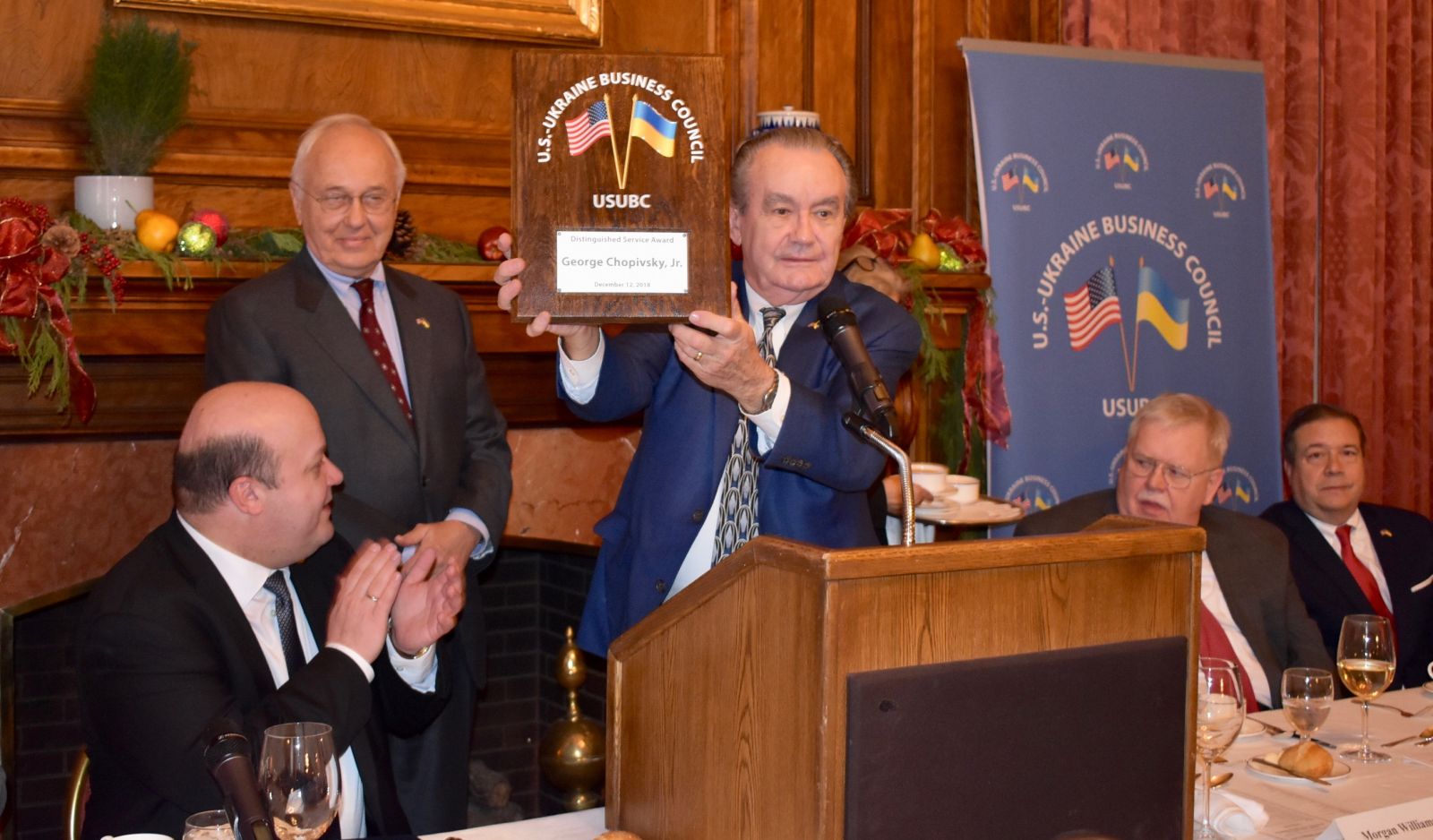 Mr. Chopivsky was awarded during the USUBC
Annual Business Luncheon in Washington on
Wednesday, December 12, 2018

George Chopivsky, Washington, D.C., is the founder and President of the Ukrainian Development Company. George has been a leader in the Ukrainian-American community for many years. He has been developing business opportunities in Ukraine since independence in 1991.

The Ukrainian Development Company, L.L.C. develops and operates businesses and invests in Ukraine. It has owned and operated four grain elevators, a feed-mill, and two egg-layer operations in Ukraine (and was the first to market packaged eggs in Ukraine), farmed 3,000 hectares, contracted with USAID to provide training and demonstration in agricultural management and technologies, co-founded a commercial bank, and invested in real estate and financial investments.

Substantially all its initial investees have been developed and divested, and the company is now concentrating on real estate.

George Chopivsky and his family has also supported many humanitarian, charitable and cultural programs for Ukraine through the Chopivsky Family Foundation.

Two of George's grandfathers were members of the Cabinet of Ministers in the newly independent Ukraine after WWI.  One of them was able to finally make his way to the United States but the other one was later sent by the Soviets to a gulag in Siberia where he died.