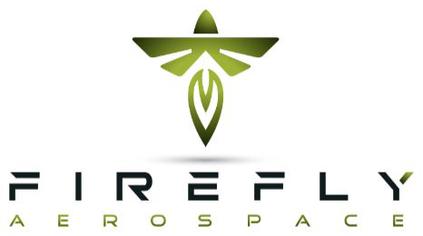 The American company Firefly Aerospace is developing ultra-light transport rockets and has already conducted January 3 165-second tests of 4 Reaver engines - the last important test before launching from Vandenberg Air Force Base in California. And according to Alena Kolesnik, Director of International Business Development, the space in the rocket has already been sold out several years in advance. Cargo - communication satellites and Earth observation.

In 2017, Firefly Aerospace was restarted by serial entrepreneur Max Polyakov. According to various estimates, from $ 75 million to $ 100 million was invested in the company. The idea of ​​the enterprise is to launch not large, expensive rockets, but light, commercially effective carriers for delivering small loads into orbit.

Firefly Aerospace has its central office in Austin, Texas, and its R&D center in the Ukrainian Dnieper. They are engaged in research and the study of experimental developments in the field of technical sciences.

The editors of AIN.UA prepared a photo report from the Firefly Aerospace plant in the Dnieper.

According to SpaceWorks, about 300 satellites weighing from 1 to 50 kg are delivered to space annually. Small devices have long been able to cope with research, data collection, and individual communication tasks.

However, the development of the industry is still hindered by the methods of their delivery - they have to adapt to the rare launches of heavy carriers of the Falcon or Ariane class, in addition to many quite low Earth orbits. The Alpha carrier from Firefly Aerospace is designed to solve this problem: if the launch of the Falcon 9 from SpaceX will cost from $ 60 million to $ 100 million, then the Alpha from Firefly Aerospace will cost $ 15 million.

The Alpha rocket is designed to launch cargo weighing up to 1 ton to a height of 200 km and about 600 kg in a sun-synchronous orbit of 500 km. The company is also already engaged in a Beta carrier, consisting of three Alpha cores and an upgraded upper stage engine. It will cost $ 35 million, for which it will be able to lift cargo weighing up to 4 tons into low Earth orbit, up to 3 tons in solar-synchronous and 1 ton in geostationary.