How to Boost Ukraine's Economy 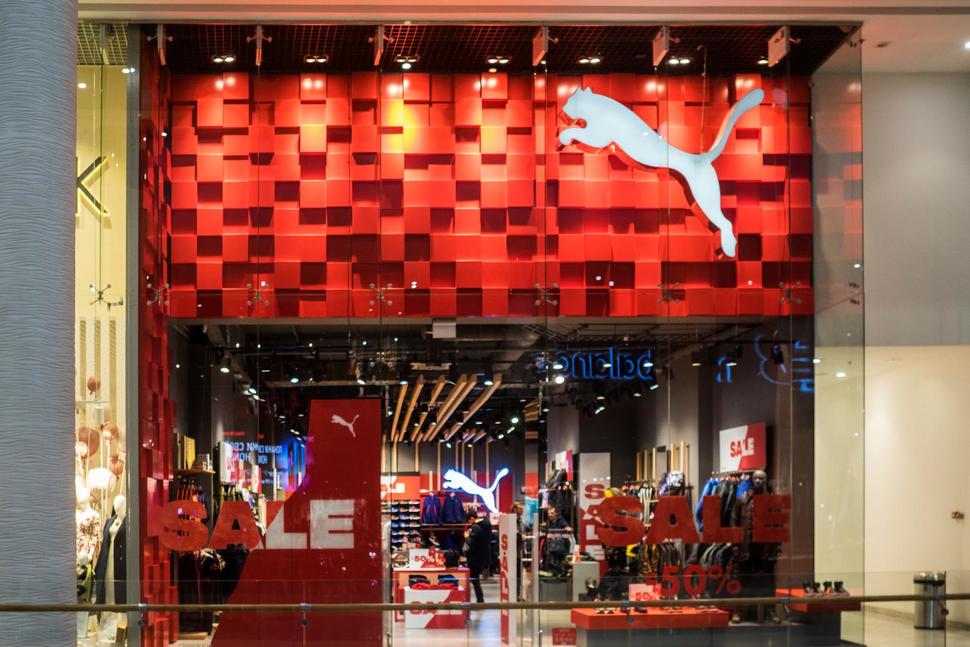 KIEV, Ukraine — When the Russian Federation annexed Crimea, Ukraine's economy spiraled into a nose dive. In 2014 alone, the hryvnia, Ukraine's currency, lost 50 percent of its value against the U.S dollar.

Image: A clothing store is seen at the Ocean Plaza Mall in Kiev, Ukraine. (Getty Images)

Inflation soared to 20 percent. Russian President Vladimir V. Putin's support for separatists in both Donetsk and Luhansk – which once supplied 16 percent of Ukraine's gross domestic product and 95 percent of the country's coal – combined complex warfare with economic sabotage. As The Economist approximates, one-third of Ukraine's foreign-exchange reserves – or approximately $6 billion – were expended solely to stabilize the hryvnia. As Western institutions watched Ukraine's economy contract 16 percent in 12 months, many were deeply pessimistic about the country's ability to survive.

Yet Ukraine is not only surviving, it is recovering. For three successive years, our economy has shown grown signs of growth. We reached 2.3 percent in 2016. In 2017, our economy grew 2.5 percent – the highest annual growth rate for six years. Now, The World Bank's Ukraine Economic Update foresees potential for 3.5 percent growth in 2018, and 4 percent in 2019. However, as the World Bank cautiously notes, growth must depend upon "addressing macroeconomic vulnerabilities" and "containing inflationary pressures to reduce cost of funds for the private sector."

The World Bank also states that most Ukrainians remain no richer, in real terms, than before the 2014 revolution which began in 2013, during which many patriots lost their lives. They did not give so much, to remain in poverty while a flabby government – asphyxiated by clientelism and beholden to the whims of oligarchs – forces honest, decent people to struggle and starve. We must undertake economic reform immediately, we must commit to our allies advice sincerely, and we must acknowledge the disdain with which Ukrainians now regard the ruling class.

Corruption, regime change and successive revolutions have immersed ordinary Ukrainians in political intrigue, yet most parties and governments in our post-communist history are united by one anomaly. Virtually none of the politicians or parties who have made it into the parliament or government has presented a clear political manifesto or ideology that seriously addresses our country's economic malaise and disparities in wealth. As elections approach in 2019, we must underpin our modest successes with a cogent macroeconomic message to voters, who see national politics as little more than a corrupt facade.

Next March or earlier Ukrainians will vote in the second presidential elections since the 2014 revolution, which overthrew President Viktor Yanukovych, prompted the Russian Federation's military intervention in Ukraine, and saw the election of President Petro Poroshenko. Most of the candidates can be labeled neither left-wing nor right-wing. Few of the candidates – on the basis of shared track records at the forefront of national politics – can demonstrate past successes in public office. Few can demonstrate themselves to be democratic reformers or patriots who put their nation before their personal ambitions and business interests.

Voters who forced President Yanukovych and his moneyed backers from office in 2014 will again be forced to choose mainly from representatives of the same flawed political and economic system. In the parliamentary elections which will also follow in 2019, voters must contain presidential power by electing representatives from Ukraine's few genuine parties, to provide the checks and balances that our developing democracy needs.

We are still beset by economic problems and crippling foreign debt. The only political alternative to the status quo will be found in a credible, right or right-of-center political party which offers cogent political, social and economic solutions that champion territorial security, and understand the region's complex geopolitics. Ordinary Ukrainians want a political party that works for their security, stability and prosperity – by drafting policy which permits innovators and entrepreneurs to excel in Ukraine's economy.

Macroeconomics are essential, but we must also provide better access to finance, simpler taxation and clearer commercial law through judicial reform, in order to meet smaller business' demands. All Ukrainians – from market traders and kiosk owners, to big businesses and corporations – have a role to play in Ukraine's economic recovery. Ukraine is not just a significant agrarian country with abundant raw materials, but an industrial and technological powerhouse capable of attracting billions of dollars in foreign direct investment. This money can be funneled in to job creation and European employment standards that will directly impact ordinary Ukrainians lives.

A further check on political power, and a positive tool to re-engage young voters, must come in the form of a truly transparent media. At present, media ownership is concentrated in the hands of the wealthy. Print and television have become the weapons used by oligarchs to pursue their own agendas, promote their own political and financial interest, and denigrate their opponents' standing. In April 2018, Ukraine ranked No. 101 in Reporters' Without Borders' analysis of media freedom in 180 countries. Progressive politicians should understand that criticism is healthy, and that coexisting with a truly free media will ultimately build a freer society.

Besides individuals in politics and the power of the media, Ukrainians must urge their elite to open up their political system to ensure that new parties and political figures can replace with an old order of kleptocrats, apparatchiks and oligarchs. According to asset declarations filed by our leaders, more than 90 percent of Ukraine's parliamentarians are U.S dollar millionaires. The average capital assets, per deputy, equates to more than $1 million. We must no longer tolerate governments that exist as de-facto corporations.

The opacity of decision-making, coupled with the absence of credible institutions, makes us incompatible with the European values to which our population subscribes. We need root and branch reform of our country's political system, with a genuinely independent judiciary and robust anti-corruption mechanisms. We can't allow the corruption which pervades our existing political system to halt our growth as a country and European society.

A modern, patriotic and democratic Ukrainian political party can protect Ukrainian sovereignty and drive democratic reform. Moreover, the emergence of a credible political class will redeem our national standing before the international community. The right can rebuild trust with foreign investors, while encouraging the growth in domestic commerce which has snowballed since 2014.

Conservatism is the traditional companion of business and can simultaneously benefit Ukraine's shopkeepers and innovators, while reopening our country to foreign direct investment. We are not a nation that wishes to extend our hand to the International Monetary Fund or the World Bank indefinitely. We want to put our own house and economy in order, so that we can pay our own way.

Economic progress bolsters Ukraine's national pride. We are proud of the products we sell, and the ideas we franchise. Our physical and intellectual exports are cornerstones of the national image we must define. Ukraine's history has been characterized by oppression and exploitation by several empires, but we remain the only state in history to voluntarily surrender our nuclear arms in the name of regional security.

We know the consequences of war. Every day, soldiers and civilians are killed in Ukraine's east. Millions are internally displaced. Thousands have already died. While we must be strong enough to defend ourselves against Putin's regime, Ukraine's greatest deterrent to war and aggression is state-building, economic success and national unity. A party that unites Ukrainians around national, democratic, and Euro-Atlanticist values – in patriotism, friendship and solidarity – will safeguard our national independence and economic welfare.

Despite decades of corruption and fiscal malfeasance, Ukraine is a rich country. We face internal challenges and external pressures, but the right and center-right must now adopt an active role in Ukraine's future through checks on presidential power and sound economic planning that makes hard-working Ukrainians wealthier. The corruption that has characterized past regimes will not survive when ordinary people and communities see the positive, tangible impact which conservative policies have on their families and lives.

Igor Kryvetskyi is a center-right policy reformer and economic analyst. A former lawmaker and politician, Kryvetskyi held public office as an MP for the Svobo... full bio »