HOW ZELENSKY CAN WISELY USE HIS TIME WITH BIDEN 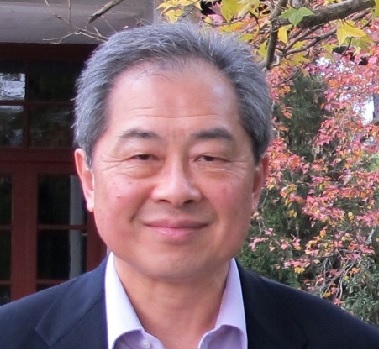 In addition to hard security, an important topic of discussion with President Joe Biden and other American leaders will be the state of economic and political reforms, which is critical to securing statehood and prosperity for the Ukrainian people.

Washington is looking for signals on whether reforms will be accelerated or stall, as some fear, and how it can best assist Ukraine. Few reforms are more symbolically and substantively important than in energy.

For 20 years, I observed, commented, and advised on energy in Ukraine at the invitation of U.S. and Ukrainian governments, civil society organizations, private companies, and the media. I have been chided occasionally by Ukrainian and Western friends for being too hard on Ukraine for insufficient progress on energy reform. Indeed, one should speak with humility when it comes to another country.

Ukrainians know best what is good for their country and only Ukrainians can choose their national path. At the same time, true friends of Ukraine should speak honestly and not sugarcoat with platitudes such as “this is the most reformist government since independence,” which ring hollow to both Ukrainians and seasoned observers outside Ukraine.

Ukraine’s energy vulnerability stems neither from its geologic and human resource endowment nor from its geography, but from the Soviet legacy of command-and-control systems, which inherently invite political abuse and resulting corruption.

Ukrainians understand there was scarcely a massive fortune made in the 1990s and 2000s in Ukraine that was not connected to rent-seeking in energy, either by hijacking control of state production, oil and gas transit, or privileged access to cheap supply for energy-intensive industries. Politicians controlled energy assets as sources of funds and patronage. Consequently, there is a great deal of public mistrust when it comes to nontransparent energy markets, which some politicians play on in turn.

Manual control is central to how the Russian imperial system worked, even before Soviet times. Economic fiefdoms granted by central authority can be redistributed at any time to suit the politics of the day. It is no wonder that those who came to control economic assets feel the need to stay politically active in order to protect those assets and to acquire more. This gave rise to the so-called oligarchs.

Oligarchs did not create the system; the system created oligarchs. Such a system cannot be reformed at the margins by layering new rules or institutions on a foundation of political control. Economic governance must be transformed fundamentally if the objective is to build a competitive market economy.

This is particularly true for the energy sector, where long-term capital-intensive investments require favorable and predictable conditions. Capricious attention to reform and resulting underinvestment left Ukraine more vulnerable than ever in energy.

Despite preoccupation over natural gas, Ukraine is more dependent on imports of petroleum products, mostly from Belarus and Russia, than it is for gas, which in any case it no longer imports directly from Russia. When I arrived in Ukraine for the first time 20 years ago, there were half a dozen operating refineries. Today there is one. Gas production declined despite ample geologic resources and higher prices.

For years, successive governments declared that Ukraine will be self-sufficient in gas, yet no progress has been made to increase production in spite of or perhaps because of the fact that oil and gas production is dominated by state companies.

The electricity sector is starved of cash for the modernization of antiquated infrastructure due to price controls and cross-subsidies. Hundreds of million dollars worth of circular debt remain unpaid. Low electricity prices lead to the lowest energy efficiency in Europe, except for Belarus. Chronic electricity stoppages dampen the prospect for the development of the entire economy.

Last winter Ukraine had to import electricity from Belarus and Russia. Nuclear power provides more than half of Ukraine’s electricity. Yet this sector remains unreformed and is desperately in need of funds for decommissioning old reactors and modernizing reactors whose operating lives can be extended. The nuclear sector is still tied more to its traditional suppliers from Soviet days than open to international competition and access to new technology.

Renewable energy, which attracted more than a billion dollars in new investment in recent years, could have been a limited success story, except for the government reneging on paying feed-in tariffs that it renegotiated months earlier and threatening to impose a new levy on renewable energy. How a country treats existing investors is the strongest indicator potential investors look at to decide whether to enter a new market. Consequently, this damages the overall investment climate of the country, especially for foreign investors.

Responsibility for the sad state of the energy economy cannot be placed solely on the current government since it resulted from thirty years of policy neglect. The new president and parliament came to office two years ago with the promise of change from old corrupt ways, but with scant governing philosophy or professional competence on how to achieve their objectives.

Two years should be sufficient time for the new authorities to get their bearings and to declare whether they seek to preserve manual control and attendant non-transparency or to build a competitive and open energy market with competent regulation, independent of day-to-day political interference. Four energy ministers in two years suggest the outcome is yet uncertain.

During the EuroMaidan Revolution, which ended Viktor Yanukovych’s presidency in 2014, the Ukrainian people boldly declared their European aspirations. Today Ukrainians continue to pay dearly for that choice in Russia’s war in the Donbas. Harmonizing with European standards and integration with European energy markets should be the North Star for energy reform in Ukraine. This is the surest guarantee of energy security for the country and for building a modern competitive economy governed by market rules rather than political fiat.

At the same time, the EU’s Green Deal increases the urgency for energy reform. As a bloc, the European Union is Ukraine’s largest trading partner. Its markets will be restricted to Ukraine unless it acts on reducing carbon emissions from its energy inefficient industries. The massive investments needed for Ukraine’s green transition will be available only if its energy economy is reformed and markets are free to function.

This is the energy challenge before Ukrainian authorities, not whether electricity or gas prices should be lowered or raised, but how to secure a resilient energy economy for building a prosperous modern state. The cure for energy poverty, which is real, is not to control energy prices and distort market signals but rapid economic growth to raise the general standard of living.

In this regard, Ukrainian leaders should see the July 21 Joint Statement of the US and Germany on Support for Ukraine, not in terms of compensation for the loss of gas transit revenue from the aggressor state, but as an offer of financial and technical support for Ukraine’s energy security and green transition. It is up to Ukraine to fill in the blanks to make this offer as concrete and meaningful as possible.

The Biden administration would welcome engagement with Ukraine on such a substantive conversation. Alternatively, Zelensky can focus on fighting yesterday’s battle when he comes to Washington instead of seizing on the opportunity to transform Ukraine’s energy future.