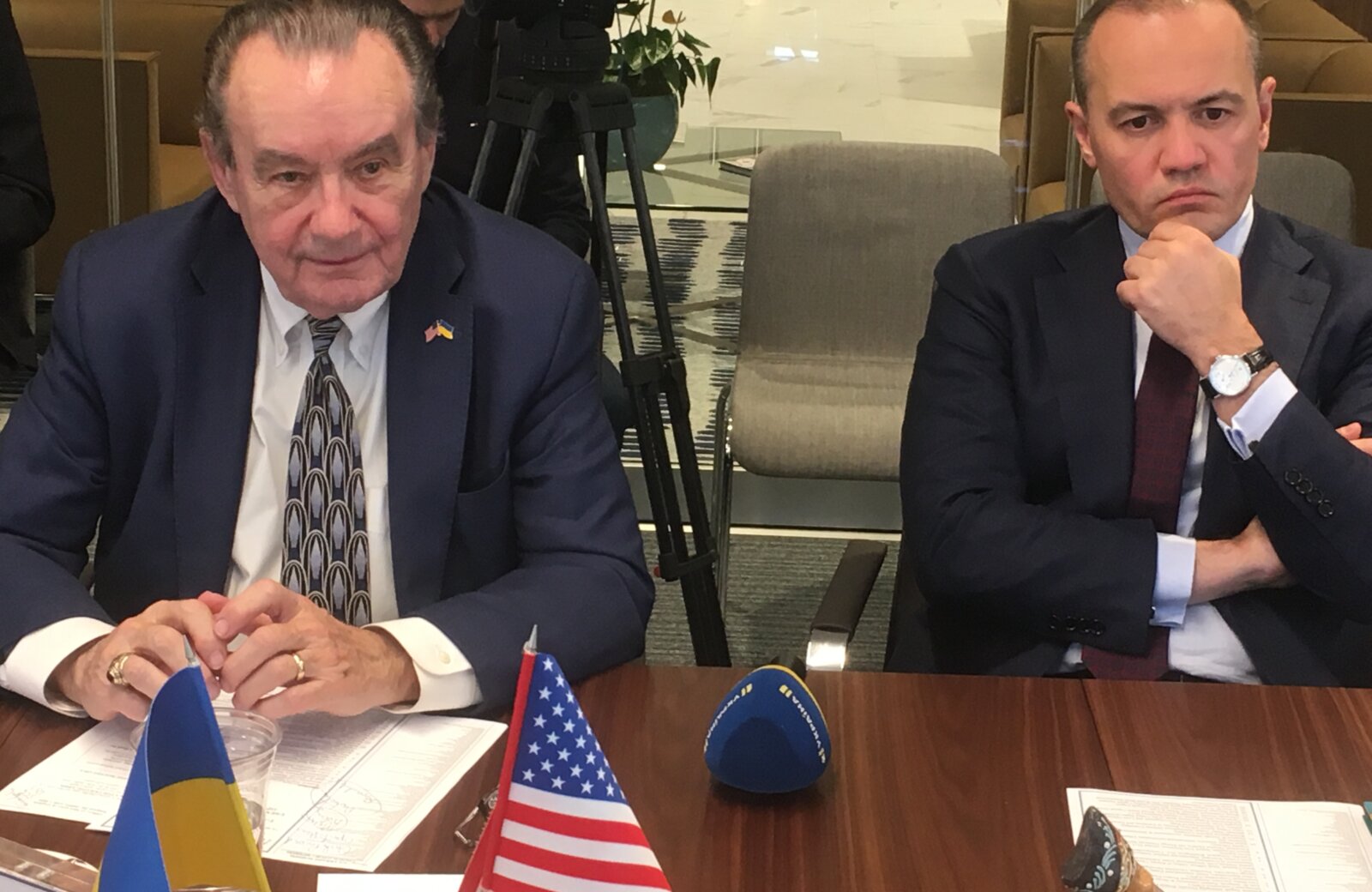 WASHINGTON, D.C. — The U.S. Ukraine Business Council gathered this week an array of leading organizations and businesses that are key to opening up finance for business projects in Ukraine. Their message was that Ukraine was once more becoming a place of interest to many potential investors who had previously shunned it as too risky to get involved in.

The roundtable discussion was held on March 12 in the downtown Washington offices of law firm McCarter and English. Present were senior executives from key government and international financial organizations that can provide the loans to turn business ideas into practical ventures.

Representatives spoke from the Export-Import Bank of the United States (EXIM), the North American office of the European Bank for Reconstruction and Development (EBRD), Overseas Private Investment Corporation (OPIC) and the International Finance Corporation (IFC).

Also attending were top executives from private firms that often work alongside the government international institutions and have experience of dealing with Ukraine and provide or help to arrange loans, share the risk of the lenders, and provide insurance and other services for the investor.

American and Ukrainian businesspeople came to the meeting. Much attention was paid to Maxim Timchenko, the chief executive officer of DTEK, the giant energy company belonging to Ukraine’s richest billionaire oligarch, Rinat Akhmetov. Jock Mendoza-Wilson, director of international and investor relations at Akhmetov’s other main holding, System Capital Management (SCM), was at the meeting.

Help for small and medium-sized businesses

Michele Small, head of the EBRD’s North American office in Washington, said the organization was aware of the difficulties for small and medium-sized businesses to get access to foreign loans and was ready to support them with advice on how to navigate their way through complicated procedures. She said: “The way I like to explain it is: think of us as an investment banker with a heart.”

OPIC’s managing director, Kenneth Angell, said the corporation provides loans, loan guarantees, and insurance and is there to complement the private sector. He said it currently has $one billion invested in Ukraine. He said: “The key part for OPIC is that there has to be a U.S. nexus, U.S. participation in the project equalling 25 percent of the equity.”

From Oct. 1, OPIC will be replaced by a new entity called the United States International Development Finance Corporation.

Bruce Drossman from General Electric said: “Our mandate is to connect capital with the industrial businesses in order to assist them to make credible commercial pitches, helping them to win their deals – ultimately to execute and make sure they get paid. We also think of ourselves as investment bankers.” He said GE is currently developing wind electricity generation with DTEK as well as other projects in the country.

Energy reforms must become a reality

Timchenko, DTEK’s CEO, said his company, since 2005, had invested $9.2 billion into Ukraine’s energy sector with $6.8 billion in capital expenditure.  He said DTEK is involved in all major sectors of energy including renewables, coal, oil, and gas, in the distribution business. He said it was vital that recent energy reforms become a reality and for that to happen it was necessary to have the support of international organizations and financial institutions.

He said Ukraine had the largest, after Norway, reserves of natural gas of any European country and with technological advances these were accessible at hitherto inoperable depths. Combined with reforms improving the process of allocating licenses to exploit the resources, that should make Ukraine an attractive prospect for domestic and foreign investors.

Timchenko told the Kyiv Post that apart from the council’s event he had meetings with American officials from State and Commerce departments to discuss Ukraine’s energy security and to explain the country had the potential to be self-sufficient in energy using – coal, gas, nuclear fuel, oil products, and wind power. DTEK, he said, had as a goal to produce a quarter of its energy from renewables by 2035.

But he said: “The question is why isn’t Ukraine becoming self-sufficient and the answer is that we don’t have enough investment in the country to develop increased gas production, for example.”

He said it was crucial to show foreign investors they could trust Ukraine’s regulatory system and persuade them that despite current political turbulence there would be stability following the forthcoming presidential race and October parliamentary elections.

Timchenko said “from 2020 there will be an investment boom” and those who invest early will reap the biggest profits.

After Washington Timchenko was flying to Houston in Texas for the five-day CERAWeek conference, regarded as the world’s most important gathering for discussions and networking for the top political and business players in energy issues.

Explaining why he attended the meeting, SMC’s Mendoza-Wilson told the Kyiv Post: “You had here, around the table, all the international financial institutions, export credit agencies and development banks that can provide financing for international investment into Ukraine and that’s why it’s important because it’s rare to bring them all into one place and for them to outline directly to business current policies and opportunities that exist for the Ukrainian market.”

He said: “The Ukrainian economy needs more capital and foreign direct investors to come in and continue to help in its transformation and shift that growth up from 3 percent [per year] to a potential 5 percent.  For that to happen you need banks ready to come in.”

It was, he said, organizations like the IFC, EBRD, OPIC, and EXIM that usually led the way to give confidence for the private companies to take a risk.  “So when they express increased interest or they have increased funding available to come into Ukraine, that’s a really healthy sign that a good, strong flow of international investment could follow.”

He said Ukraine could increase its attractiveness for investment “by continuing to crack down on corruption, putting in place transparent processes for investing.”

Mendoza-Wilson believes the U.S. has a critical part to play in helping Ukraine attain energy security by, for instance, decreasing dependency on Russia in the supply of nuclear fuels for electricity generation. “Although we’re the biggest private energy business in Ukraine we need others to come in and we want to see American gas producers and energy-generation companies come into Ukraine. We need both the technical expertise, the operating principles and the access to capital. Events like this help open up  the shop window for Ukraine for this type of investor.”

USUBC president Morgan Williams, said: ”This meeting was an important meeting because there’s a renewed interest from the business community in Ukraine and a lot of them would like to expand their opportunities to have some of the international financial institutions and the U.S. Government financial institutions involved in their portfolios.”

He said the fact that EXIM “opened up to Ukraine” last December, after years when its Washington political masters regarded Ukraine’s credit rating as too low to warrant risking investment, was a major positive sign for Ukraine.

One of the problems, said Williams, was that not enough Ukrainian companies were “bankable” – that is able or willing to fulfill all the complicated financial documentation, legal, analytical, and due-diligence procedures, often taking nine months or a year – before they were  eligible for loans or thought of as risk-worthy.

He said that Ukrainian companies, especially the small and medium-sized ones, needed to be made aware of the procedures and USUBC could help by putting them in touch with intermediaries expert at guiding them through the process leading to the all-important loan.