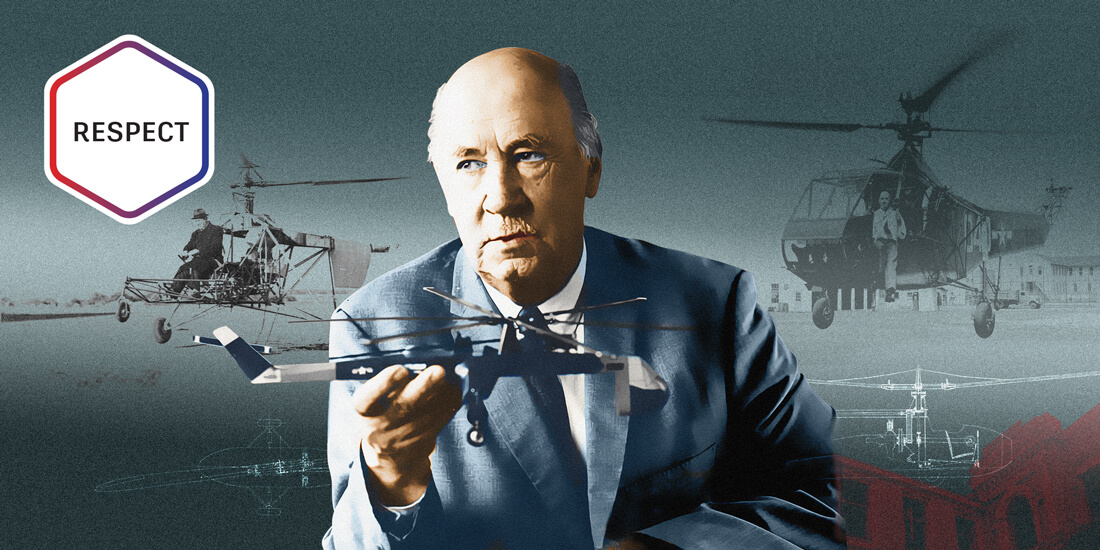 Kyiv-born Igor I. Sikorsky was one of the most talented and versatile aeronautical pioneers and U.S. businessmen in history. Sikorsky’s aviation career spanned over
60 years and was highlighted by four major achievements:

Igor Sikorsky in the courtyard of his home in Kyiv in 1910 with a helicopter he built.
(USUBC Igor Sikorsky Historical Photo Gallery)

Igor Sikorsky began experimenting with rotary-wing aircraft in the courtyard of his family's home in Kyiv, in 1909, at the age of 20, when he produced two experimental helicopters.  He knew that the state of technology at the time, such as engines and materials, would not produce a successful helicopter.

In 1909-1913, Sikorsky successfully constructed several aircrafts, including the first four-engine heavy bomber, before the Bolshevik's took control of power in Russia, only ten years after the Wright Brothers’ first flight in 1903.

Sikorsky was forced to flee Russia and arrived in America on March 30, 1919, without any resources but with plans for the future. After several difficult years he started his own aeronautical enterprise. March 5,1923, saw the creation of the Sikorsky Aero Engineering Corporation in the United States (Stratford, Connecticut) as one of America's pioneering aerospace companies.

The corporation had an amazing and successful history in aircraft design and construction. He designed the first workable American helicopter, Vought-Sikorsky VS-300. The Sikorsky R-4 became the world’s first mass-produced helicopter in 1942. 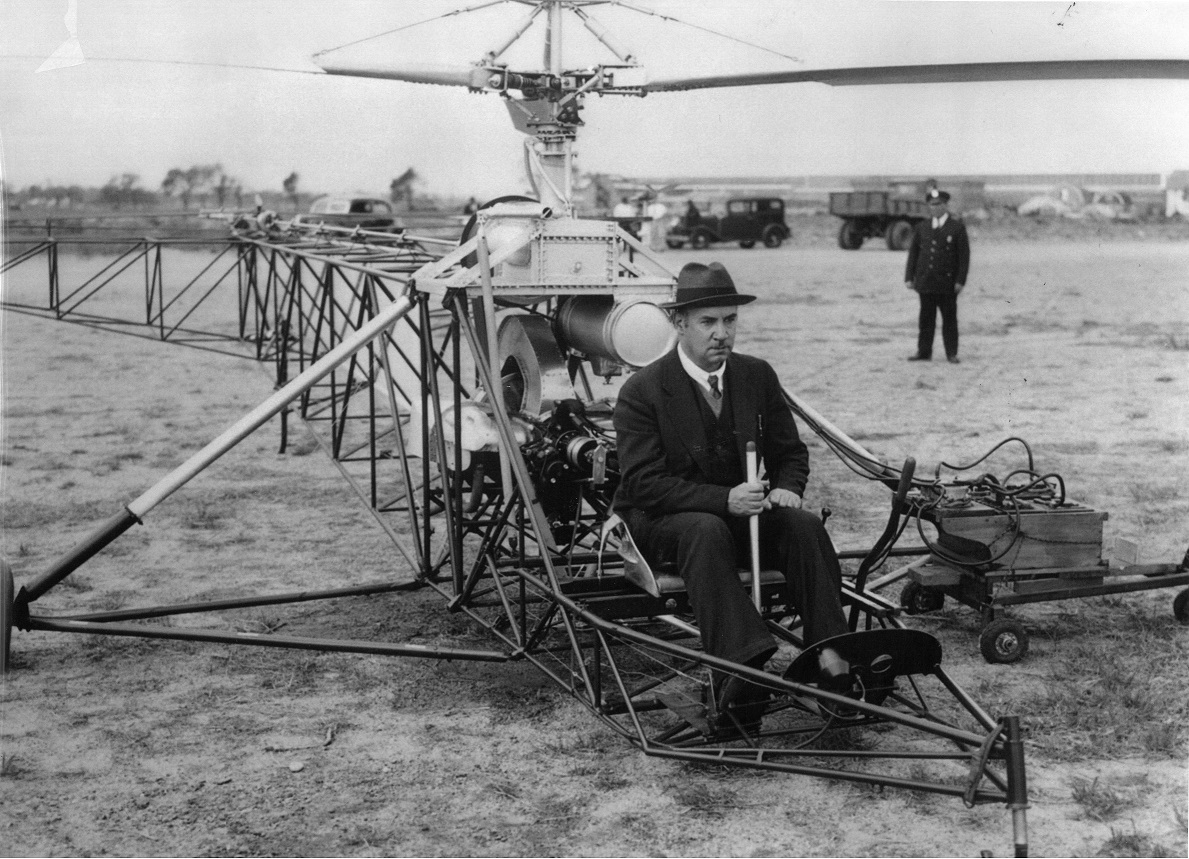 September 14, 1939, Stratford, Connecticut - Igor Sikorsky in the cockpit of
the VS-300, preparing for the first helicopter flight in the world's history.
(USUBC Igor Sikorsky Historical Photo Gallery)

The Kyiv Post published a major article by Mark Rachkevych on April 1, 2021, about the horrible condition of the Sikorsky family home in Kyiv. The article said, "The three-story, brick and yellow-colored building enjoys landmark status at 10-B Yaroslaviv Val near the Golden Gate metro station and is in an “emergency state and requires immediate priority emergency work with subsequent restoration,” the Kyiv City Department of Communal Property told the Kyiv Post by email...the 1,692-square-meter (18,212 square foot) building’s structural is in demise.

"Sikorsky’s father, Ivan Sikorsky, bought the home in 1885 as a single-story wooden structure before having it upgraded to three floors with an outbuilding.....In 1904, the family moved into the first floor of the building while Ivan Sikorsky, a trained psychologist who taught at the Saint Vladimir University (currently Taras Shevchenko University), used the upper two floors as a medical and pedagogical institute for children who were mentally challenged and suffered from nervous system problems. In the courtyard, Ihor Sikorsky built his first prototype aircraft that resembled air sleds."

TIME FOR ACTION BY THE PRESIDENT OF UKRAINE IS NOW --

The Sikorsky family home in Kyiv is under the control of the government of Ukraine.  It is time now for the President of Ukraine, through the appropriate government agency, to take total control of the Sikorsky family home and announce plans to create and build a world-class aerospace museum in Kyiv in honor of Kyiv born, Igor I. Sikorsky, one of the most talented and versatile aeronautical pioneers and U.S. businessmen in the world.

This would be a great project for Ukraine and the United States to work together through a pubic-private partnership.  There is considerable support for such a museum but no one can take charge and make it happen except the President of Ukraine  The idea to build such a museum is like a no-brainer:

The U.S.-Ukraine Business Council (USUBC) is working with several organizations to promote and support the creation of a museum in honor of U.S. businessman Igor Sikorsky. USUBC has created, during the past four years, a large collection of original photographs and other historical material related to life and career of Ihor Sikorsky. 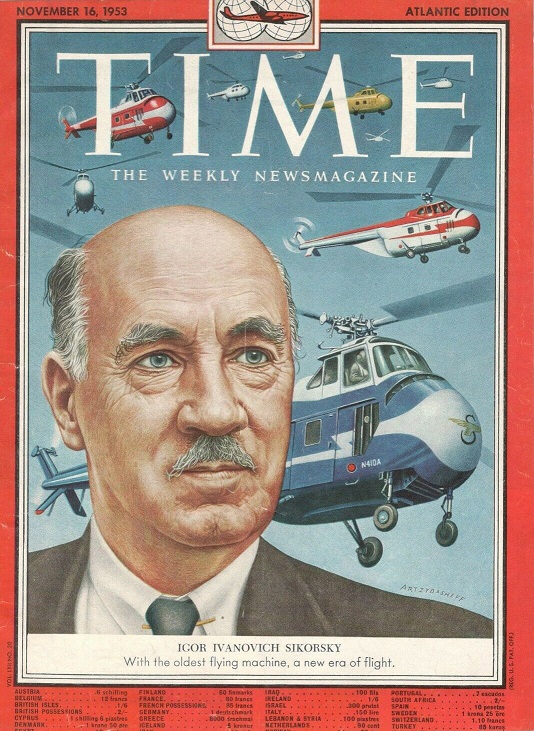