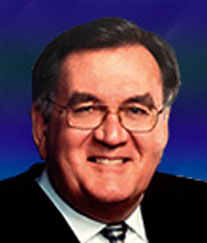 Clinton made assurances when Kiev gave up nukes. Then Obama broke faith. Trump can restore it.
OP-ED, The Wall Street Journal – by Robert McConnell.
McConnell is a Senior Advisor to USUBC.
Mon, Jan, 9, 2017

Does “making America great again” include living up to the country’s commitments to other nations? Senators should put that question to Secretary of State-designate Rex Tillerson at his confirmation hearing Wednesday—especially with regard to Ukraine, which gave up its nuclear weapons in the 1990s in exchange for assurances that the U.S. has failed to meet.

More than 90% of Ukrainians voted for independence in a December 1991 referendum; it was the only former Soviet republic to condition its independence on a vote of its citizens. Independence would have left Ukraine with the world’s third-largest nuclear arsenal, but leaders in Kiev did not wish to be a nuclear-armed state. The parliamentary declaration of independence, which the voters approved, included a provision that Ukraine would be “nuclear free.” Thus the people of Ukraine voted for a nuclear-free state.

In several little-known 1992 meetings in Washington, Ukraine expressed its desire to turn over its nuclear arsenal to the U.S. But the State Department took the position that Ukraine must ship its weapons to Russia, the last country Ukraine wanted to arm. Given no alternative, Ukraine sought security guarantees.

Presidents Bill Clinton,Boris Yeltsin and Leonid Kravchuk signed the January 1994 U.S.-Russia-Ukraine Trilateral Statement and Annex, which set the framework for protecting Ukraine’s security in exchange for its surrendering its arsenal. Negotiations continued throughout that year. Ukraine did not easily deliver its nuclear weapons to a state it feared would turn aggressive against it.

In December 1994, Ukraine acceded to the Nuclear Non-Proliferation Treaty as a non-nuclear-weapon state, and the U.S., Russia, Ukraine and the United Kingdom signed the Budapest Memorandum on Security Assurances. The three other signatories promised to respect the independence, sovereignty and existing borders of Ukraine and to refrain from threatening or using force or economic coercion against Ukraine’s territory or political independence.

The assurances were tested in 1995. Yuriy Meshkov, a Russian-backed official in Crimea, took over the regional government and sought to establish independent Crimean representation in Washington. Mr. Clinton called Boris Yeltsin and—citing the Helsinki Final Act, the United Nations Charter, the Trilateral Agreement of January 1994 and the Budapest Memorandum—said the takeover in Crimea could not stand.

Mr. Clinton also sent the U.S. ambassador to Kiev, William Miller, to the Crimean capital of Simferopol to tell Mr. Meshkov the U.S. would not recognize his actions, and to the port city of Sevastopol with the same message for Adm. Eduard Baltin, commander of Russia’s Black Sea Fleet. Yeltsin withdrew support and Mr. Meshkov’s “government” collapsed. In 1995 Washington kept its word to Ukraine.

But in 2014 Russia invaded Crimea, which it continues to occupy. Moscow instigated and has supported military aggression against Ukraine’s Donbas region. More than 10,000 Ukrainians have been killed and many more thousands wounded; over a million have been displaced. Curiously, Mr. Clinton has not spoken about the promises of the Budapest Memorandum. Russia fosters subversive efforts throughout Ukraine and its propaganda machine misrepresents reality undermining Ukraine’s sovereignty—the sovereignty the U.S. promised to protect.America eventually imposed sanctions and has provided supplies—non-lethal support—and loan guarantees, among other assistance.

But the help has been far from sufficient to turn back Russian aggression. The U.S. has urged but not participated directly in the Minsk agreements, an attempt to end Russia’s war against Ukraine.

But there is no need for Minsk. The American government should acknowledge Russia’s clear violations of international law, the Trilateral Agreement and the Budapest Memorandum and honor America’s assurance of Ukraine’s sovereignty.

Congress has repeatedly passed legislation giving the president authority to be far more supportive of Ukraine than the Obama administration has been willing to be. President-elect Trump and Secretary-designate Tillerson have an opportunity, and an obligation, to live up to the U.S. commitments to Ukraine—to keepAmerica’s word again.