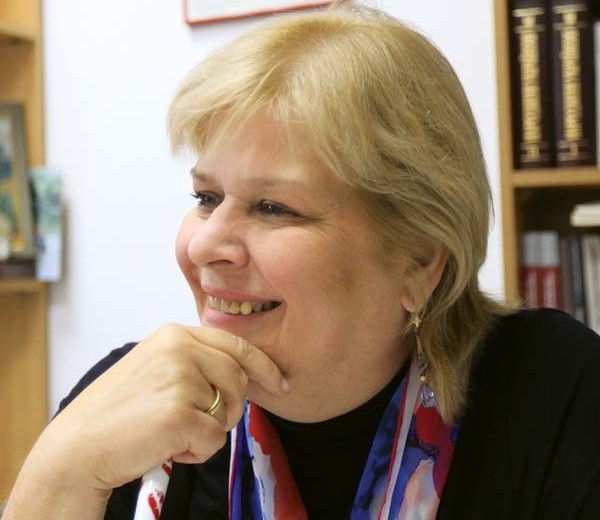 Marta Kolomayets, the American director of the Fulbright Program in Ukraine and a prominent leader of Ukraine’s expatriate community, has died at 61. She died in Kyiv on Aug. 16 following a lengthy illness.

During her seven years at the helm of Fulbright’s office in Kyiv, Kolomayets helped more than 300 Ukrainian scholars receive grants in order to pursue higher education in the United States. She also founded the Ukrainian Fulbright Circle, an alumni network of Ukrainian Fulbrighters with currently 350 members.

Kolomayets was an “inspiring promoter of the ideas of the Fulbright community and, most importantly, of Ukraine,” the Ukrainian Fulbright Circle said in a statement. “She will forever remain with us in our hearts and affairs.”

After arriving in Ukraine on the cusp of the Soviet collapse, Kolomayets built a career in the country that spanned journalism, advocacy and education.

Kolomayets was born in 1959 in Chicago to Ukrainian parents who, like countless others, had been forced to flee the Soviet Union during World War II.

She grew up “very aware” of her Ukrainian roots, she told the Kyiv Post in a 2006 interview. She spent her childhood attending Ukrainian school on Saturdays and was raised with a sense of Ukrainian patriotism and a respect for the country’s traditions.

“She always enthralled and amused people with her knowledge on Ukrainian traditions. She knew more about it than the native-born Ukrainians, such as myself,” Larysa Mudrak, a friend, wrote on Facebook.

A journalist by education, graduating from the University of Illinois at Urbana-Champaign, Kolomayets’ relentless journey to Ukraine began with her first visits to the country in 1985 and 1987, when Ukraine was still a republic of the Soviet Union. On her second trip to Ukraine, a mix of her youthful journalistic vision and her dream for an independent Ukraine got her into trouble with the Soviet security agency, the KGB. According to Kolomayets, her alleged crime was recording video interviews with Soviet dissidents such as Vyacheslav Chornovil, an advocate for Ukrainian independence.

“I was strip searched and questioned about those interviews. In the end they took my videotapes and threw me out of the country,” Kolomayets said in the interview with the Kyiv Post.

Although Kolomayets would later tell this as a humorous anecdote to her friends, it exposed her to the stark lack of freedom in Soviet Ukraine and convinced her of the need for a more open and democratic country. 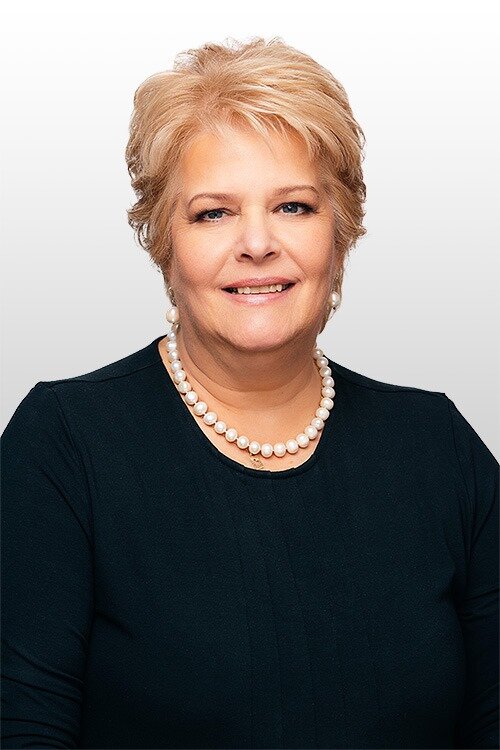 After being barred entry to the Soviet Union, Kolomayets went to work for the Ukrainian Weekly, the oldest English-language newspaper of Ukraine’s diaspora, in New York.

In 1990, she was finally able to return to Ukraine to open the newspaper’s bureau in Kyiv. It was the first foreign media outlet to open a bureau in Ukraine.

Six years later, she left the newspaper to work in civil society. For two years, she worked as the press secretary of the United States Agency for Internal Development (USAID). Later, she ran several anti-corruption campaigns for international organizations operating in Ukraine, before leading the Community Partnerships Program of the U.S.-Ukraine Foundation. In that post, she was responsible for training new mayors, helping create strategic plans for cities, and making communities more successful and democratic.

She began to contribute to Ukraine’s education sector during her time serving as the country director for the National Democratic Institute in Ukraine in 2007-2009. There she organized educational programs promoting market reforms in the country.

“It is hard to list all of Marta’s achievements in the civil society sector — from working with the organizing committee of the charity dinner for Ukrainian Catholic University to the campaign for (political prisoner) Oleg Sentsov’s freedom,” wrote Plast, a youth scouting organization in Ukraine, on its Facebook page.

In 2013, she became the director of Fulbright in Ukraine, where she played a direct role in the lives and work of scholars from both Ukraine and the United States.

“With breathtaking optimism, Marta strived daily to create good for Ukraine, for its education and culture, and Ukrainian affairs in general,” Fulbright Ukraine said in a statement. “With her efforts, she played a very pragmatic role — to pave Ukraine’s way onto the international stage.”

Kolomayets said her Ukrainian background and interpersonal skills allowed her to effectively bridge the gap between Ukraine and the United States.

“This is what I love to do – network Ukrainians with Americans and it’s something that I have had some success with,” she said in a 2013 interview with the Kyiv Post.

“Marta loved Ukraine and America, helped build the bridges between the two countries that have been so vital for Ukraine’s democratic development and — during this time of war against Russia – for her ability to defend herself against a much-larger enemy,” said Askold Krushelnycky, a former Kyiv Post journalist and close friend of Kolomayets.

Apart from her position at Fulbright Ukraine, Marta played a prominent role in Ukraine’s civil society. Many of her projects as a board member of the Ukrainian Women’s Fund, the first all-female forum in Ukraine, or UCARE, a charity organization helping children, worked to advance gender equality.

“Marta was a real zealot and force of change for Ukraine,” Oksana Kis, a visiting professor at Ukrainian Catholic University, wrote on Facebook. “She always supported and invested heavily in the principles of gender equality, and with her own life she demonstrated true women’s solidarity.”

Kolomayets also mentored young girls through a project called “First Steps to Success,” which she ran with the help of local nonprofits and former Ukrainian First Lady Kateryna Yushchenko. Her main intention, Kolomayets told the Kyiv Post, was to secure a future generation of female “decision-makers.”

Her activism further extended to providing educational opportunities for youth and the poor and raising awareness of Ukrainian culture.

“She was known for her generosity and willingness to assist people with personal problems … help out with Ukraine-related projects, particularly those involving building civil-society capacity,” Krushelnycky said.

After Kolomayets’ death, friends and associates flooded Facebook with messages commemorating her and praising her contributions to Ukraine and its educational and civil society sectors.

A message from Marta’s close friend, Marta Baziuk, epitomizes Marta’s character and her role within the community: “Marta was a workhorse. I marveled at her energy,” her friend Marta Baziuk wrote. “But she also knew how to kick back, have a good time with family and friends, and enjoy the finer things in life.”