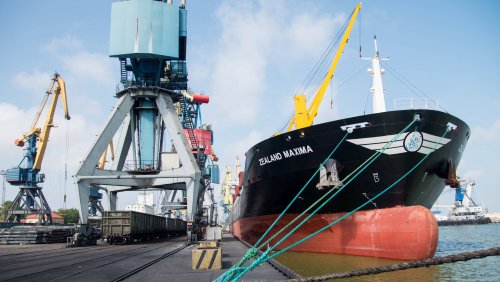 Metinvest-Shipping, Metinvest Group’s logistics provider, won the Freight Forwarder of the Year nomination in the 13th National Marine Rating of Ukraine in 2019. The Company topped the ranking for the fifth year in a row.

Launched by the Ports of Ukraine magazine and Black Sea Trans information and analytical centre, the National Marine Rating of Ukraine is held annually with the support of the Ministry of Infrastructure of Ukraine and sectoral associations of water transport. The winners in the majority of nominations are decided using the rating scores based on the companies' performance.