NEW US AMBASSADOR TO UKRAINE
BRIDGET BRINK ARRIVES IN KYIV 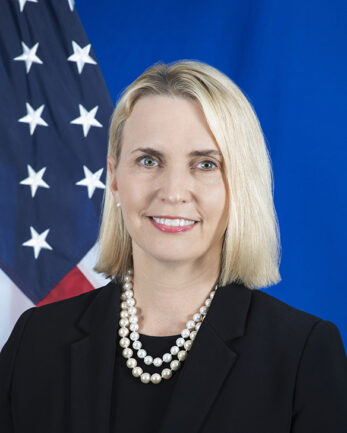 The new U.S. ambassador to Ukraine has arrived in Kyiv, marking the first time in about three years that America had an ambassador in the country. 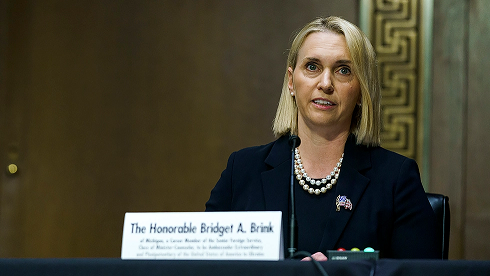 Nominee for Ambassador to the Ukraine Bridget Brink gives an opening statement during her Senate Foreign Relations Committee nomination hearing on Tuesday, May 10, 2022.

Bridget Brink announced in a tweet on Monday that she is in now at the U.S. Embassy in Kyiv, where she said she is “honored” to join the team “as we stand with Ukraine.” 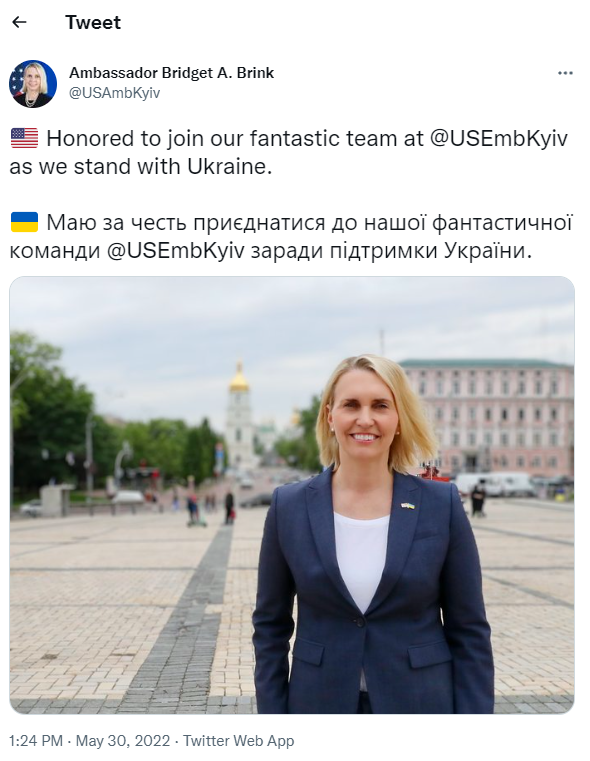 Her presence in Ukraine comes more than three months after Russia launched its invasion of the country on Feb. 24.

The last person to serve as U.S. ambassador to Ukraine was Marie Yovanovitch, who then-President Trump ousted in 2019. She eventually became a key figure during Trump’s first impeachment proceedings.

The Senate confirmed Brink as U.S. ambassador to Ukraine in a unanimous voice vote. President Biden nominated her to the post in April. She is a career foreign service officer who has spent much of her career focused on Europe and Eurasia, most recently as ambassador to Slovakia.

The U.S. suspended operations at its embassy in Kyiv in February, when Russia’s invasion was just beginning. Operations had initially been transferred from Kyiv to Lviv, located in the west of the country, before moving to Poland.

Earlier this month, however, American diplomats started arriving in Kyiv as the U.S. prepared to restart embassy operations in the capital city.

Gen. Mark Milley, the chairman of the Joint Chiefs of Staff, announced last week that plans to deploy U.S. forces into Ukraine to protect the U.S. embassy in Kyiv are “underway at a relatively low level.”

The Wall Street Journal reported that officials are trying to walk a fine line between safeguarding the newly opened embassy without letting the security presence be perceived as an escalation by Russia.

“We’re a ways away from anything like that. We’re still developing courses of action, and none of that has been presented yet to the secretary,” Milley said of the plans.

LINK to the official bio of Ambassador Brink on the U.S. Embassy in Ukraine website: https://ua.usembassy.gov/our-relationship/our-ambassador/