NIBULON, a leader in the Ukrainian shipbuilding, has become an official partner of France’s OCEA to build patrol boats as part of the government project to strengthen maritime safety and security of Ukraine. 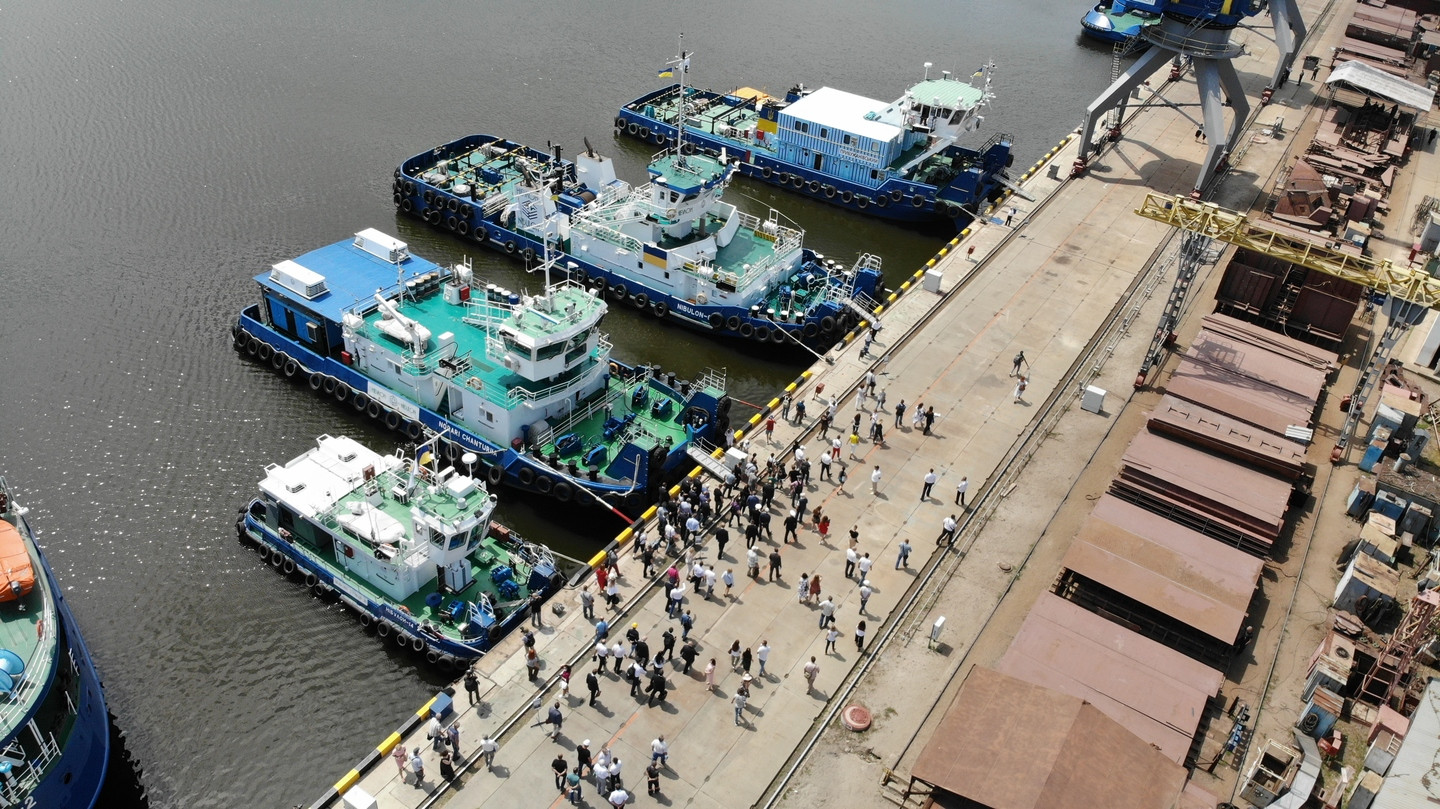 The company will build 5 out of 20 vessels. The first ones will be launched in 2021.

The total value of the contract is EURO 136.5 million. OCEA has chosen NIBULON as it is the only contractor in Ukraine with the experience and technological expertise required to build patrol boats.

During an official ceremony, the Minister of Internal Affairs, Arsen Avakov, mentioned that NIBULON’s team was one of the few in the country who could conduct complicated projects and had experienced engineering and managerial personnel.

“We have a lot to be proud of. It is a very important day today. We are starting a new big project which will become a strategic achievement for Ukraine’s development and for your shipyard. Today we have signed a contract to build patrol boats for our State Border Guard Service of Ukraine. I hope that this project will be supported within Ukraine”, stressed Avakov. During a live broadcast of the Cabinet of Ministers’ meeting, he also added that Ukraine would receive not only an access to technologies but also an opportunity to maintain such vessels in Ukraine, as well as to build these vessels in future.

The Prime Minister, Denys Shmygal, greeted the participants and wished them success in executing the contract.

According to NIBULON’s General Director, Oleksiy Vadaturskyy, the company and its shipbuilding yard will do everything to make Ukraine a marine state.

“It is a great honor for us to implement this project to strengthen maritime safety and security of Ukraine, as well as to make Ukraine a powerful maritime state. The company can make its contribution, as our employees are skillful; every fifth worker works at our shipyard”, mentioned O. Vadatuskyy.

According to him, the OCEA project will allow the company to receive an access to modern technologies using aluminum alloys, to expand its range of vessels, and to build military as well as civil catamarans of various classes, including special-purpose ones.

O.Vadaturskyy also added that the company had agreed with French colleagues to increase the amount of work and to speed up delivery terms.

“We want to prove to the entire world that Ukraine is a country of shipbuilders; Ukrainian shipbuilders will return from abroad to work at our shipbuilding yards. Ukrainian seamen will work in Ukraine, pay taxes in Ukraine and live with their families”, he added.

The Extraordinary and Plenipotentiary Ambassador of the French Republic to Ukraine, Ettiene de Ponsen, stressed that NIBULON was a leading and efficient company, as well as a reliable partner.

“ I want to emphasize an industrial component which is important as part of this project, namely the very fact that a considerable part of this project will be implemented at your shipyard’s capacities. The President of Ukraine, Volodymyr Zelenskyi applied to build as much as possible in Ukraine, and we will do it with great pleasure”, he mentioned.

He stressed that NIBULON was chosen because of its professionalism in shipbuilding which had been demonstrated by the company for many years.

“We are now discussing with NIBULON wider cooperation which will be directed to third markets, markets in other countries. We are waiting for the beginning of building”, he added.

The Minister, Arsen Avakov, also added that he counted on Mykolaiv shipbuilders to supply vessels for other Ukrainian state bodies, namely the Emergency State Service.  “Our company will cope with any task set”, assured Oleksiy Vadaturskyy.

A ceremony of keel laying for new vessels (non-self-propelled NBL-91 project vessel and 121M project tug) was held at NIBULON shipbuilding and repair yard. In addition, NIBULON launched the fourth non-self-propelled B1500 project open type vessel to transport various cargoes as part of the implementation of its investment program to revive navigation along the Dnipro and the Southern Buh.