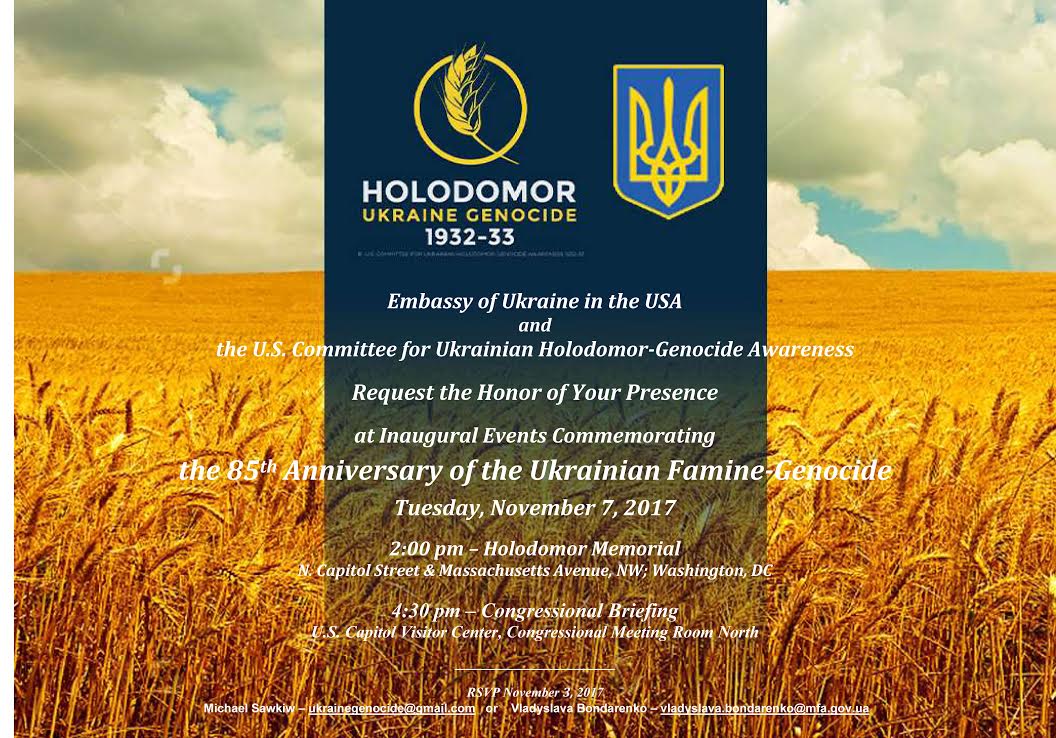 Please join us for two inaugural events commemorating the 85th anniversary of the Ukrainian Famine-Genocide (Holodomor).  The day’s events include a memorial service and a stellar list of speakers for the briefing session.  Please acquaint yourself with the program and join us for the commemorative events.