Orest Deychakiwsky: Morgan Williams is a strong advocate for Ukraine 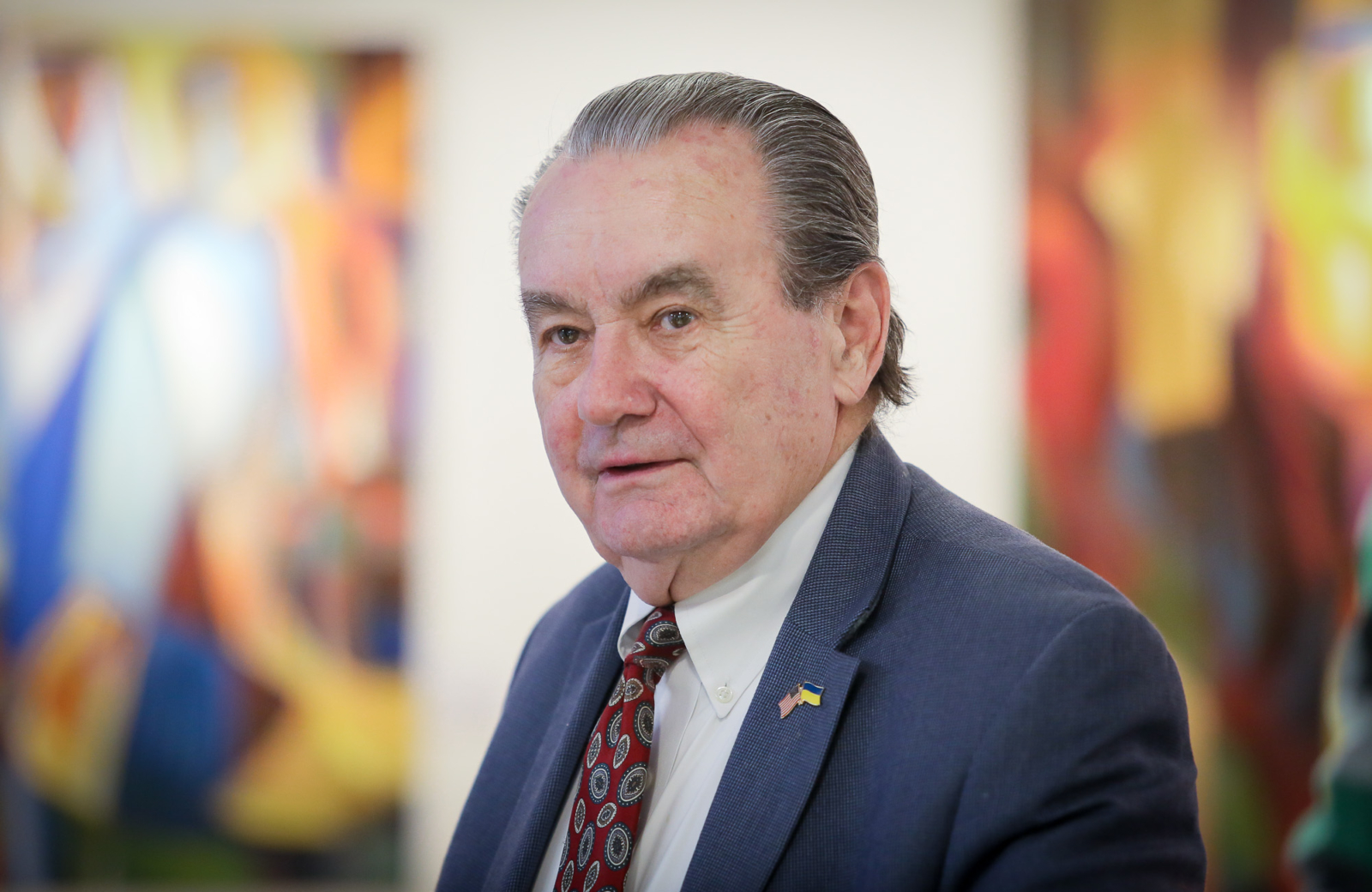 In past columns, I have often noted that Ukraine has many friends in our nation’s capital. Among the most vibrant and visible organizations headquartered in Washington supporting Ukraine is the U.S.-Ukraine Business Council (USUBC), a private, non-profit, international business organization.

The council was established in October 1995 to advance the trade and investment interests of American companies in Ukraine’s significant emerging market, advocate for measures to improve conditions for bilateral trade and investment, and generally promote strong, friendly bilateral ties. The USUBC did good work in its initial decade, but it was a relatively modest endeavor, with minimal staff and only a handful of members.

That changed after Morgan Williams – one of Ukraine’s staunchest American friends – was elected as president in January 2007. Under his leadership, the council’s membership has grown from just seven in 2005 to more than 200 in 2018. It has staff in both its D.C. and Kyiv offices. Its D.C. staff were all born in Ukraine and came to the United States at a young age.

So, who is Morgan Williams? How did this American of Welsh descent from Kansas become interested in Ukraine? Mr. Williams is a vivid example of the growing number of American friends of Ukraine with no Ukrainian roots. Earlier in his career, he served as staff member of the U.S. Senate Agricultural Committee for Sen. Bob Dole (R-Kansas) and was state director of the U.S. Department of Agriculture’s rural economic development program in Kansas  Clearly, his special interest and expertise in agriculture and agribusiness is an obvious fit for Ukraine given its incredible agricultural resources and potential.

Mr. Williams has been involved in the business and economic development of Ukraine for over 25 years, making his first trip to Ukraine in the fall of 1992, working with, then opening an office for a private voluntary organization (PVO) that was implementing a USAID-funded program designed to support private agribusiness development in Ukraine.

Mr. Williams’ interest in Ukraine went beyond agriculture. In 1997, he started having discussions with noted Holodomor scholar James Mace about what could be done to bring greater attention to the human suffering endured by the victims of Joseph Stalin’s genocidal famine, concluding it was important to present the story visually.

Shortly afterwards, he founded the “Holodomor: Through the Eyes of Ukrainian Artists” art collection that featuring paintings, graphics, illustrations, poster art and drawings. There are over 350 artworks in the collection, and it is the largest Holodomor collection in the world. The works are by outstanding artists in Ukraine. The artworks and their reproductions have been displayed in Holodomor commemoration events around the world.

But back to the U.S.-Ukraine Business Council, whose slogan is “A Strong International Voice for Business in Ukraine Now.” The USUBC works, firstly, to promote Ukraine as a place to do business.

Secondly, it works to assist in making Ukraine an easier and better place to do business. Third, the USUBC works with its individual members on issues and problems they encounter while doing business in Ukraine by engaging contacts within the Ukrainian and American governments. And fourth, the USUBC works with Ukrainian companies interested in doing business in the U.S., in buying U.S. equipment and in obtaining international financing.

This sometimes means telling it like it is – pressing the Ukrainian government to do the right thing when it comes to business practices, the rule of law and combating corruption. While the USUBC is a cheerleader for U.S. investment into Ukraine, it by no means ignores Ukraine’s realities that hamper international investment. It is frank and honest with Ukrainians in assessing Ukraine’s business environment and encouraging change.

Mr. Williams recently said, “The business environment in Ukraine is still difficult, but the business confidence level of U.S. business in Ukraine has substantially increased in the last 12 months, which has resulted in an increase in investment and in the size of their Ukrainian business operations.”

The U.S.-Ukraine Business Council utilizes an array of forums – meetings, conferences, luncheons, dinners, conferences, panel discussions, receptions – notably in Washington, but also in other U.S. cities, such as New York, as well as in Kyiv and other Ukrainian cities.

These venues provide the opportunity for the U.S. business community, and more broadly, the U.S. policy community, to interact and discuss issues of concern with high-ranking Ukrainian government officials, including presidents, prime ministers, ministers, key Rada members, politicians and businessmen. The Council has also often hosted events for U.S. ambassadors to Ukraine and other American officials to learn and share views concerning American policy towards Ukraine as it relates to business.

The USUBC, with support from its corporate members, has co-sponsored (together with the Ukrainian Embassy) many of Washington’s Ukrainian Independence Day receptions, most recently, one held in the grand hall of the U.S. Institute of Peace that brought together some 500 guests – U.S. government officials and the wider policy community, members of Washington’s diplomatic corps, NGOs involved with Ukraine and members of the diaspora.

Through its work, the USUBC has provided a key platform for D.C. policymakers and experts to meet and learn, to exchange views about not only business but the broader political framework, and discuss what needs to be done to create not only a friendlier business climate for international companies in Ukraine, but also to help Ukraine realize its tremendous economic potential.

Its membership consists of more than 200 companies and organizations, many prominent and instantly recognizable to readers. They encompass numerous sectors: agriculture/agribusiness, energy, aerospace and defense, manufacturing, travel and tourism, banking and finance, IT and telecom, legal and accounting, consulting services (business, PR, media, government), and education and research. Associate members include trade associations, foundations and other NGOs.

The USUBC has been a strong, recognized and respected organization that is a vital part of Washington’s Ukraine scene.  More importantly, through its important work in encouraging and facilitating investment in Ukraine by U.S. companies, the USUBC is helping Ukraine to strengthen its market economy based on the rule of law, which makes for a more prosperous, democratic, secure and, yes, more independent Ukraine.

Orest Deychakiwsky may be reached at odeychak@gmail.com.

NOTE: Orest Deychakiwsky is the former Policy Adviser for Belarus, Bulgaria, Moldova, Romania, and Ukraine, at the U.S. Helsinki Commission.  He is a Senior Advisor to the U.S.-Ukraine Business Council (USUBC). He is the Vice-Chairman of the Board of Directors of the U.S.-Ukraine Foundation (USUF).