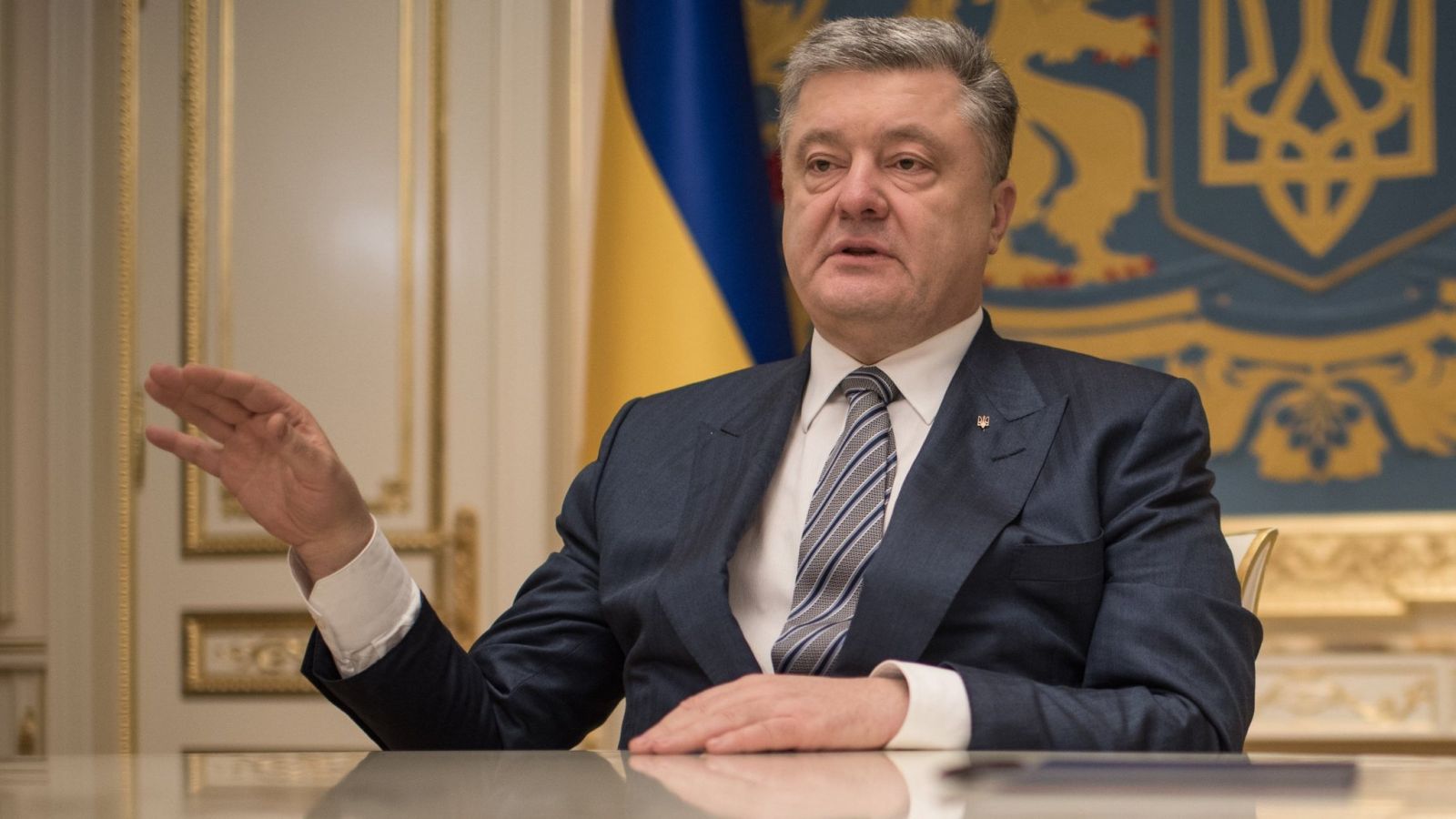 Petro Poroshenko, Ukraine’s president, has warned that international donors cannot dictate laws to the country, amid a stand-off over demands for Kiev to set up an independent anti-corruption court that has delayed vital financing. Western backers and Ukrainian civil society see creating the court — and ensuring that its judges are independent — as vital to tackle endemic graft and turn the page on Ukraine’s kleptocratic past, four years after protests overthrew ex-president Viktor Yanukovich.

The court plan is also seen as a test of Mr Poroshenko’s ability to pursue more tough reforms as parliamentary and presidential elections loom next year. In an interview with the Financial Times, Mr Poroshenko vigorously defended his reform record. But he warned that demands from the International Monetary Fund and the Venice Commission, an advisory body on constitutional laws, for foreign donors to have a significant say on candidates to be judges at the anti-corruption court infringed Ukraine’s sovereignty. “If anybody can imagine that foreign donors will form Ukrainian courts, this is against the constitution,” Mr Poroshenko said. The IMF said we’ve done more reform in the three years of my presidency than in the previous 25 years Petro Poroshenko, Ukraine’s president He pointed to a breakthrough on Thursday as parliament passed his own, different bill on the anti-corruption court at first reading.

Parliament could discuss amendments to the bill, he said: “I am absolutely happy if all our partners can . . . exchange arguments and find a definite compromise.” The president said he was ready to sign an amended bill into law if it complied with Ukraine’s constitution. “I hate the idea that the very next day, anyone [could] go to the constitutional court and suspend or stop this law,” he said. “That would be a catastrophe.” Anti-graft campaigners have accused Kiev’s political leaders of foot-dragging on the anti-corruption court because they fear they or their associates could end up in front of it.

“This court is needed to bring justice and liability to senior officials who are embezzling millions and billions from state funds,” said Daryna Kalenyuk, head of the Kiev-based Anti-Corruption Action Centre. The court dispute, and Ukraine’s failure to make a further increase in once heavily subsidised household gas prices, have delayed the next, $1.9bn, tranche of IMF support. Ukraine has not received an IMF tranche for 11 months and, three years into a four-year support programme, has received only half the planned $17.5bn total. Tumbling approval ratings for Mr Poroshenko and most mainstream politicians make next year’s elections highly unpredictable and leave Ukraine particularly vulnerable to a populist surge, which could torpedo further reforms.

Some Ukrainian officials are privately warning the IMF not to push the fragile Kiev government too hard on politically unpopular issues such as the gas price rises. $1.9bn Size of next tranche of IMF support for Ukraine, delayed by court and gas disputes In a late-evening interview, Mr Poroshenko insisted that reforms were continuing despite approaching elections, citing sweeping healthcare, education and pension shake-ups. The president also pointed to overhauls of the military and security services, creation of an independent anti-corruption investigative agency and an online procurement system that has saved billions of dollars.

“We did reform not for the IMF, but for the Ukrainian people and the future of my state,” Mr Poroshenko said. “And I am proud that the IMF said that we’ve done more reform in the three years of my presidency than in the previous 25 years.” But he acknowledged that many Ukrainians, facing higher prices owing to devaluation of the national currency and previous IMF-mandated gas price increases, were not feeling the effects of reforms. “If the people want populists, if they want to have a Venezuelan-style economy, they should not vote for me,” he said.

The government had a duty to act responsibly, he added. Mr Poroshenko said that to maintain the lofty ratings he enjoyed when he was elected, he would have “needed not to have a war, and to be a populist”.“[But] I said frankly to the people, OK, we’re going to do a painful reform, which is what’s happened.” The president said he had not decided whether to run again in next March’s ballot, though expectations are widespread that he will. “I promise you I will make a responsible choice. I won’t allow anybody to destroy what my team and I and, mainly, the Ukrainian people [have] changed over the last four years,” he said.

Recommended Transcript of interview with Petro Poroshenko Too much is at stake to give up on Ukraine Ukraine turmoil swirls as alarm at corruption mounts As a smouldering war with Russia-backed separatists in eastern Ukraine enters a fifth year, the president said the country was primed to counteract what he deemed inevitable attempts by Russia to influence or disrupt the presidential poll and parliamentary elections due in October 2019. “They use a huge army of provocateurs and agents in social media,” he said. “But we have an effective co-operation and strategic communication with our partners, and I hope we will use the experience of the German and French legislation against fake news.”