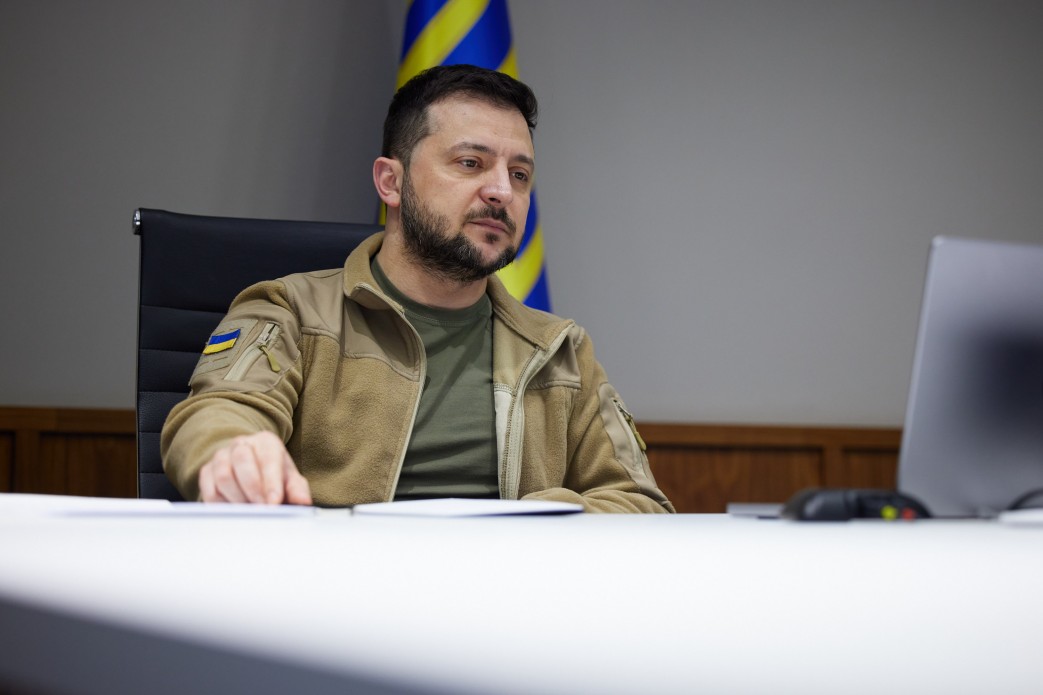 WSJ, New York, NY, Tue, May 3, 2022: YouTube
Russia and every other potential aggressor must see that by war you will not achieve anything - Volodymyr Zelenskyy at the session of the Wall Street Journal CEO Council Summit
President of Ukraine, Kyiv, Ukraine, Wed, May 4, 2022

The world's effective response to Russian aggression is the most realistic possible safeguard against other wars in the future. This was stated by President of Ukraine Volodymyr Zelenskyy during a speech at the session of the Wall Street Journal CEO Council Summit.

The Head of State stressed that Russia had launched a full-scale war against Ukraine, hoping that the democratic world would not dare to react in a consolidated way for peace. But the Russian leadership was wrong.

Volodymyr Zelenskyy stressed that after the victory of Ukraine, in which he has no doubts, the world must forever abandon the preservation of relations - both political and business - at any cost with those who do not respect international law and do not recognize treaties, which they sign.

"Russia is gradually approaching the understanding that it is profitable to respect international law. That to fulfill contracts is correct. Therefore, the effective reaction of the world to Russian aggression is the most realistic of the possible safeguards against other wars in the future," said the President of Ukraine.

According to the Head of State, several important steps need to be taken to restore the rule of law in the world.

"The first is the complete isolation of the aggressor, first of all economic. The second is sufficient help for Ukraine to endure this war, the struggle for freedom and our rights. The third is the reconstruction of what was destroyed by the war. When these three things happen, both Russia and every other potential aggressor will see that war does not help achieve anything," Volodymyr Zelenskyy said.

He is convinced that working with a terrorist state inevitably results in tens of thousands of casualties, hundreds of billions of dollars in losses and destabilization of markets. Therefore, it is necessary to leave the Russian market.

The President stressed that only the food crisis alone provoked by Russia threatens political chaos in dozens of countries.

Ukraine has suffered about $ 600 billion of losses in damage and destruction since the full-scale Russian invasion. Today, the state budget needs support of up to $ 7 billion a month, the President said.

"So we need direct help both to the government and to the citizens. For example, through the instrument of military bonds. Or through an account in our National Bank, through which we make payments to our citizens. By helping us, you are helping yourself in the future. Because this help is for the sake of stability and freedom. Hence, for the sake of growth," Volodymyr Zelenskyy said.

At the same time, according to him, Ukraine's victory will not be convincing if we do not rebuild what has been destroyed.

“The biggest contribution you can make to our reconstruction is the opening of your representative offices, divisions and your productions, companies, offices and branches in Ukraine. Exactly in Ukraine, it is important. In our country, you will have access not only to our market of 40 million people, but also to the entire EU market," the President said, recalling the EU's decision to abolish duties, quotas and anti-dumping tariffs on Ukrainian exports.

"We have already shown the greatest example of heroism in defending our common freedom and common values. And immediately after our victory, we will demonstrate the same example of creating the best conditions for doing business in Europe, so that you are comfortable with investing in our country," said the President.

According to him, all this should become part of the new economic order in Europe and a new impetus for global economic growth.