Putin Must Be Punished 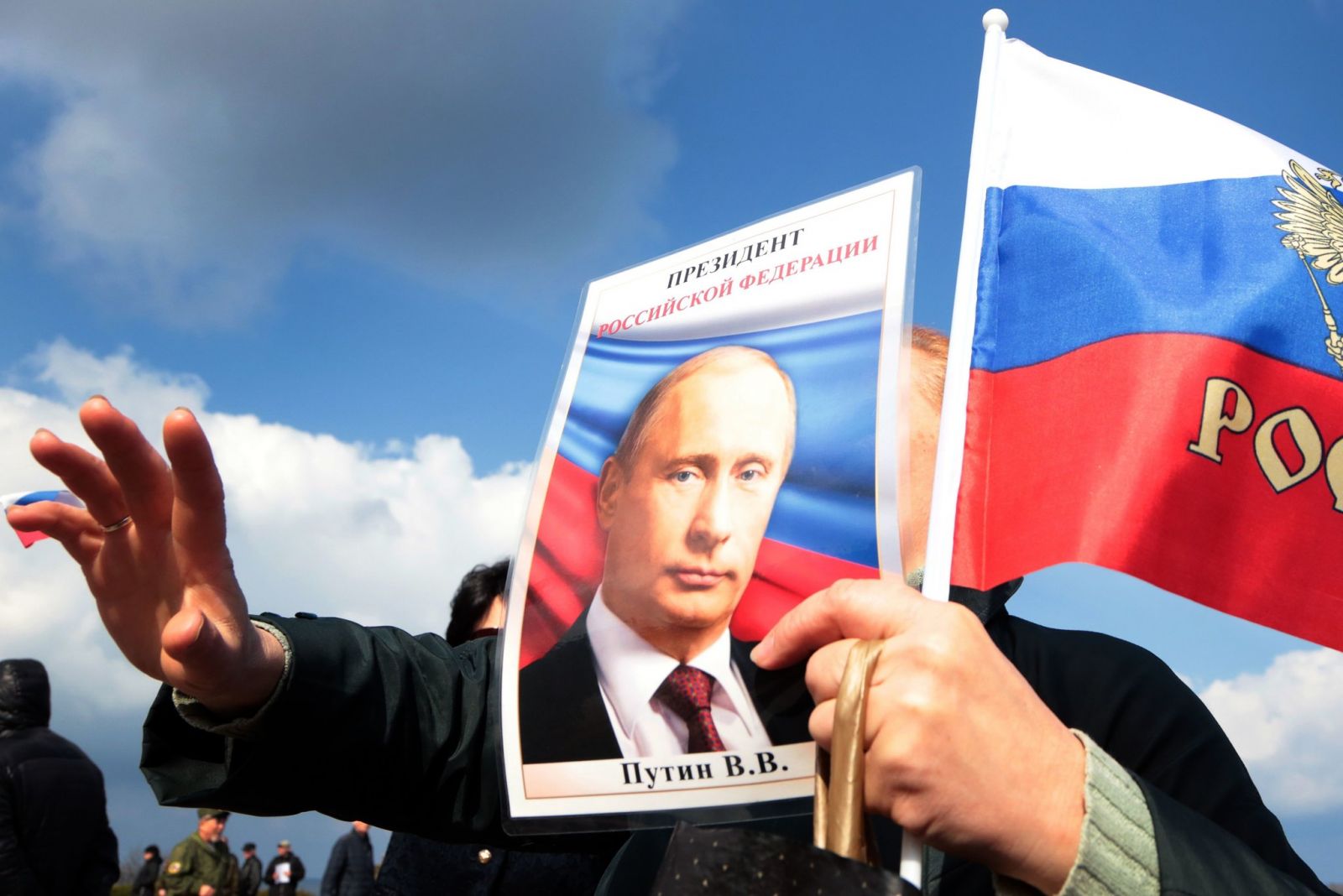 Russia can’t be allowed to get away with its brazen aggression against Ukraine.  The West needs to act.
Op-Ed By Petro Poroshenko, Poroshenko,  the President of Ukraine
The New York Times, New York, NY, Wed, Dec 5, 2018

KIEV, Ukraine — In 2014, for the first time in seven decades, a state sought to redraw Europe’s map by way of military aggression. Russia’s theft of Ukraine’s Crimean peninsula commanded condemnation and economic sanctions from around the world. But as the news coverage moved on, Moscow was left to design a new assault: a 12-mile bridge between Russia’s mainland and Crimea.

The Ukrainian people will not watch as Russia continues its creeping annexation of our country. Four years ago, in the aftermath of our revolution, Ukraine alone was not able to withstand a Russian military adventure. But today our resolve is strong, and we are prepared to stand up to Russia. This is why I have enacted limited martial law in Ukrainian territory near the Russian border, so that we are able to mobilize and protect our security should Russia dare to intensify its aggression. But we also need the support of the international community in the form of further sanctions against Moscow for its latest assault.

Russia’s attack in the Kerch Strait and the Black Sea on Nov. 25 was not an isolated incident. Since 2014, Russia has regularly violated international rules of navigation and treaties in both those waters and the Sea of Azov. It has stolen our energy supplies and fisheries, harmed Ukrainian livelihoods, and blocked traffic and trade to our ports.

This summer, Russia raised the tensions, regularly halting commercial ships destined for Ukrainian ports. Extensive delays can cost each ship as much as $10,000 to $12,000 per day on each leg. Russia is engaging in economic warfare, trying to slowly suffocate our export markets. Jobs have been lost, livelihoods destroyed, food is being wasted, and goods intended for Europe and the Middle East delayed. The words of Western condemnation this fall have only worsened Russia’s behavior.

Russia brought the situation to a head on Nov. 25 as Ukrainian naval boats sought to make their way — legally and peacefully — from the Ukrainian port of Odessa to the Ukrainian port of Mariupol. Let me make clear that despite Russia’s typical efforts to distort the truth, Ukraine’s ships never aggressed Russia’s Navy, never opened fire despite being goaded, were attacked with gunfire and missiles, and were seized while sailing home in international waters.

This was a direct, unprovoked military attack by Russia’s armed forces on Ukraine’s. Moscow did not hide behind “little green men” as it did in Crimea in 2014 or its servicemen on “vacation” as it claimed when hostilities started in Eastern Ukraine the same year. Moscow does not even try to deceive the world this time.

The crisis continues, with our servicemen and boats being held in Russian custody, hundreds of ships being blocked in the Sea of Azov, denied permission by Russians to pass through the Kerch Strait. These are not just Ukrainian ships; they carry the flags of other countries and they have effectively been commandeered by Russia.

These recent events have a direct bearing on the security of all of NATO. Russia now has a challenging number of naval ships in the Black Sea, meaning it can threaten NATO members Romania, Bulgaria and Turkey. And that may just be the beginning. Russia also has a significant presence in the Baltic Sea. Recently, Russia’s fighters were intercepted, not for the first time, over the Baltic region and had not filed a flight plan. Who can guarantee that this was not a rehearsal of patrols over the notorious Nord Stream II gas pipeline being built by Russia through the Baltic Sea to challenge Europe?

Russia’s objective is obvious: It wants to return to an era where property and land are seized by force. It starts with Ukraine and continues westward as far as the democratic world will allow. Democratic countries must now make a choice: Stand up for what is right or continue appeasing President Vladimir Putin. If history has taught us anything, it is that appeasement has deadly costs. Despite Kremlin propaganda, Mr. Putin is weaker than he would have the West believe. The West can — by raising the cost of his aggression — force him to fall back into line.

How much more hostility will it take before the West’s words of concern graduate into the hard currency in which the Kremlin trades — strength? Russia has deployed chemical weapons in Britain; undertaken cyberattacks and hacking attempts across the West; bombed civilians in Syria; fomented a war in Eastern Ukraine that has caused more than 10,000 Ukrainian deaths; and spread disinformation to confuse, anger and frighten citizens around the world. Is now not the time to act?

President Trump showed true leadership by canceling his meeting with Mr. Putin at the G-20 in Argentina over Russia’s seizing of Ukrainian ships and sailors. We have enjoyed tangible support from the White House and Congress, including defensive weapons, stronger sanctions and more secure American energy supplies. Together, partners on both sides of the Atlantic can continue to raise the cost to Russia for threatening our collective security.

With Crimea and Donbas under occupation, our common task is not to allow Russia to spill its aggression into the Sea of Azov. And an “Azov package of sanctions” against Russia would be the least the world should respond with this time. While the West is speaking, Mr. Putin is acting. It is time to respond.

Petro Poroshenko is the president of Ukraine.