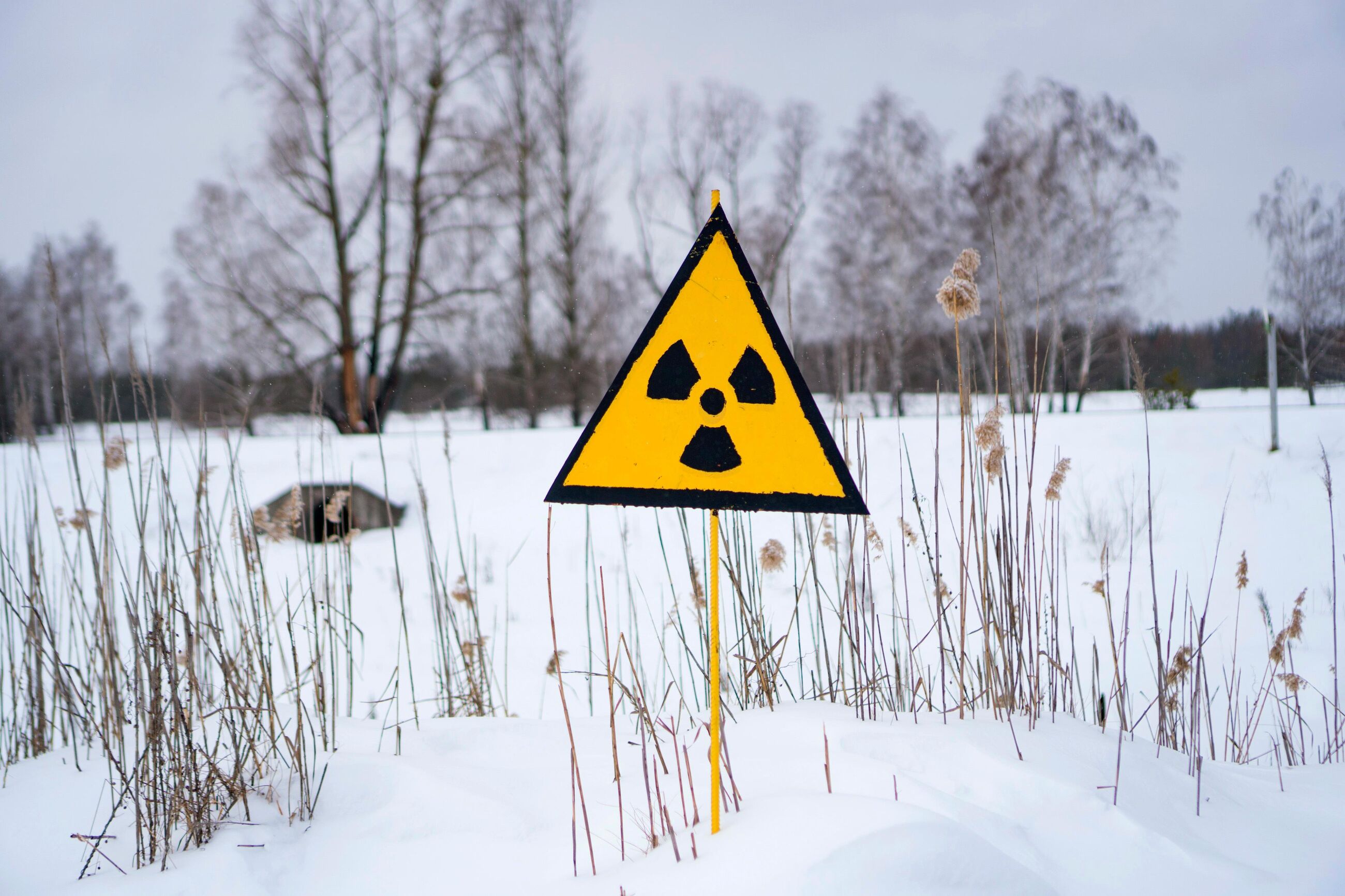 A hundred yards from the rusting ruins at the site of the world’s worst nuclear disaster, a gossamer array of almost 4,000 photovoltaic panels sits atop a thick concrete slab capping a grave of radioactive waste.

When it comes to clean energy, it’s hard to think of a less likely place than Ukraine’s infamous Chernobyl nuclear plant. But final preparations are being made to generate electricity again, this time using safer power from the sun. 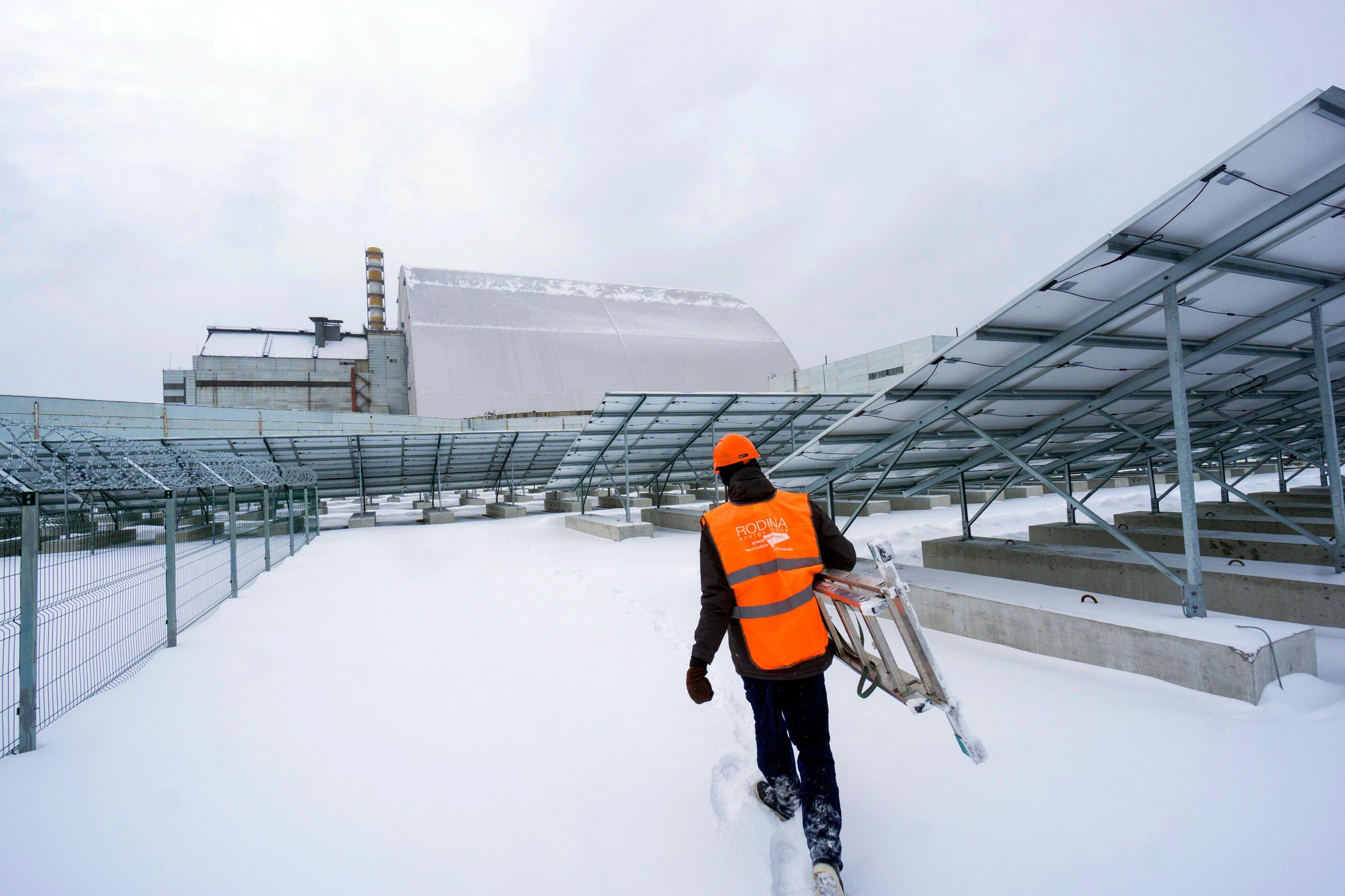 Solar Chernobyl SPP is at the vanguard of the latest experiment to give a place synonymous with catastrophe a new life after previous efforts failed. The company is a partnership between Ukrainian entrepreneur Yevgen Variagin’s Rodina Energy Group and Hamburg-based Enerparc AG.

“Our idea was to utilize the waste land that’s unsuitable for anything else and somehow develop the investment project and make business in Chernobyl,” Variagin, who was a 10-year-old schoolboy in Kiev when the disaster struck in April 1986, said as he showed off the solar panels installed over the past month.

The Chernobyl power plant was once the cornerstone of the Soviet Union’s nuclear strategy in Ukraine.

Then the fourth reactor exploded, blanketing the area with radiation that killed 49 people outright and left thousands more with lingering, often fatal health problems. The zone is dotted with abandoned villages and former dairy farms slowly being swallowed up by the dense forest.

Pripyat, once a bustling Soviet-designed town of 50,000 people housing plant workers and their families, is now an eerie tourist destination with collapsing apartment blocks, a decrepit hotel and an empty supermarket. Behind a stretch of buildings with broken windows and peeling facades, an abandoned amusement park is slowly decomposing.

“The reality is some of the land will be abandoned for generations, even a million years,” said Yevgen Gucharenko, an agency employee who accompanies tour groups and other visitors. He was 13 when the reactor exploded. “But there are some clean areas, where it’s safe enough for short visits.” 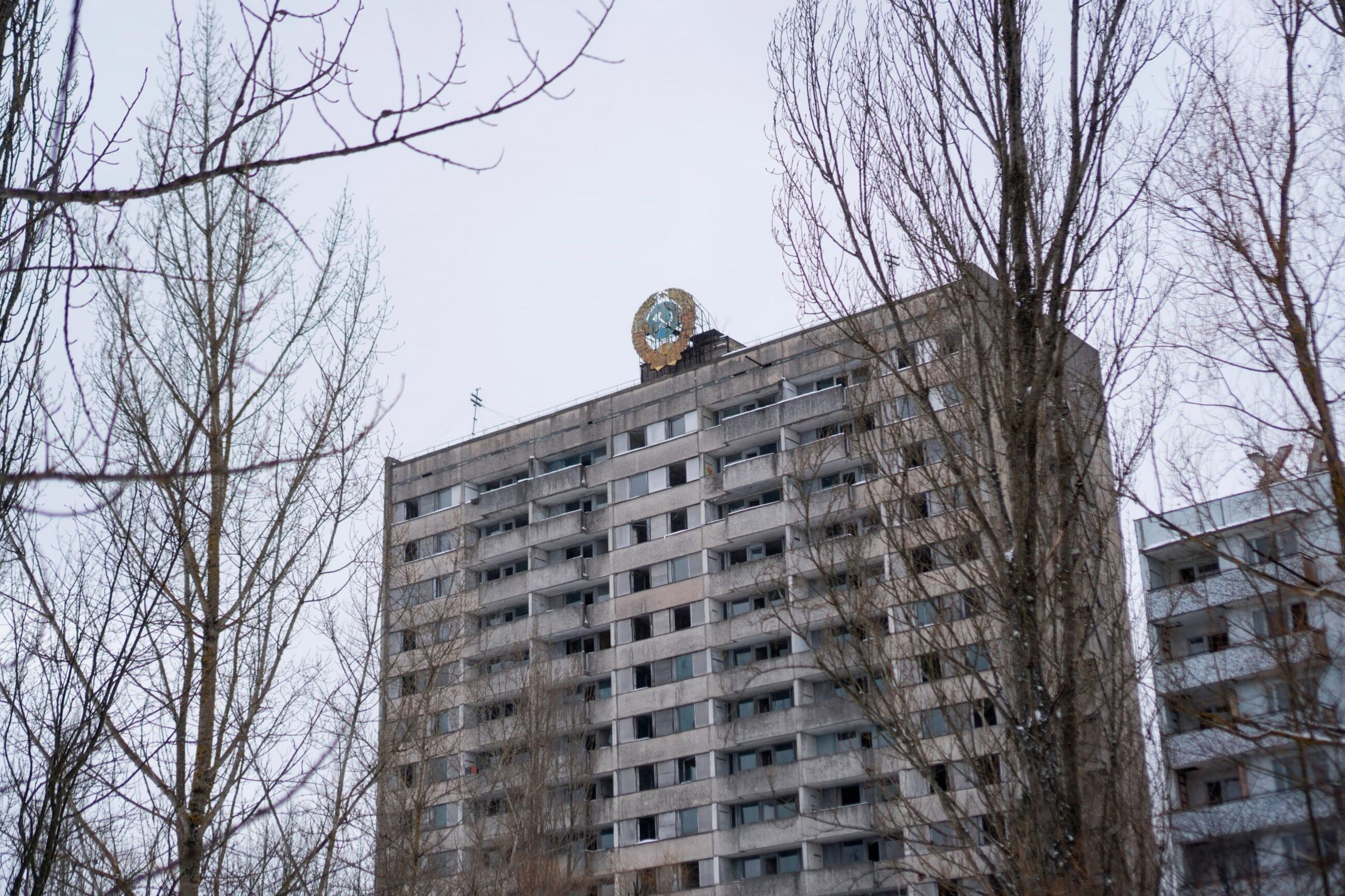 An abandoned apartment block in the evacuated city of Pripyat. Photographer: Vincent Mundy/Bloomberg 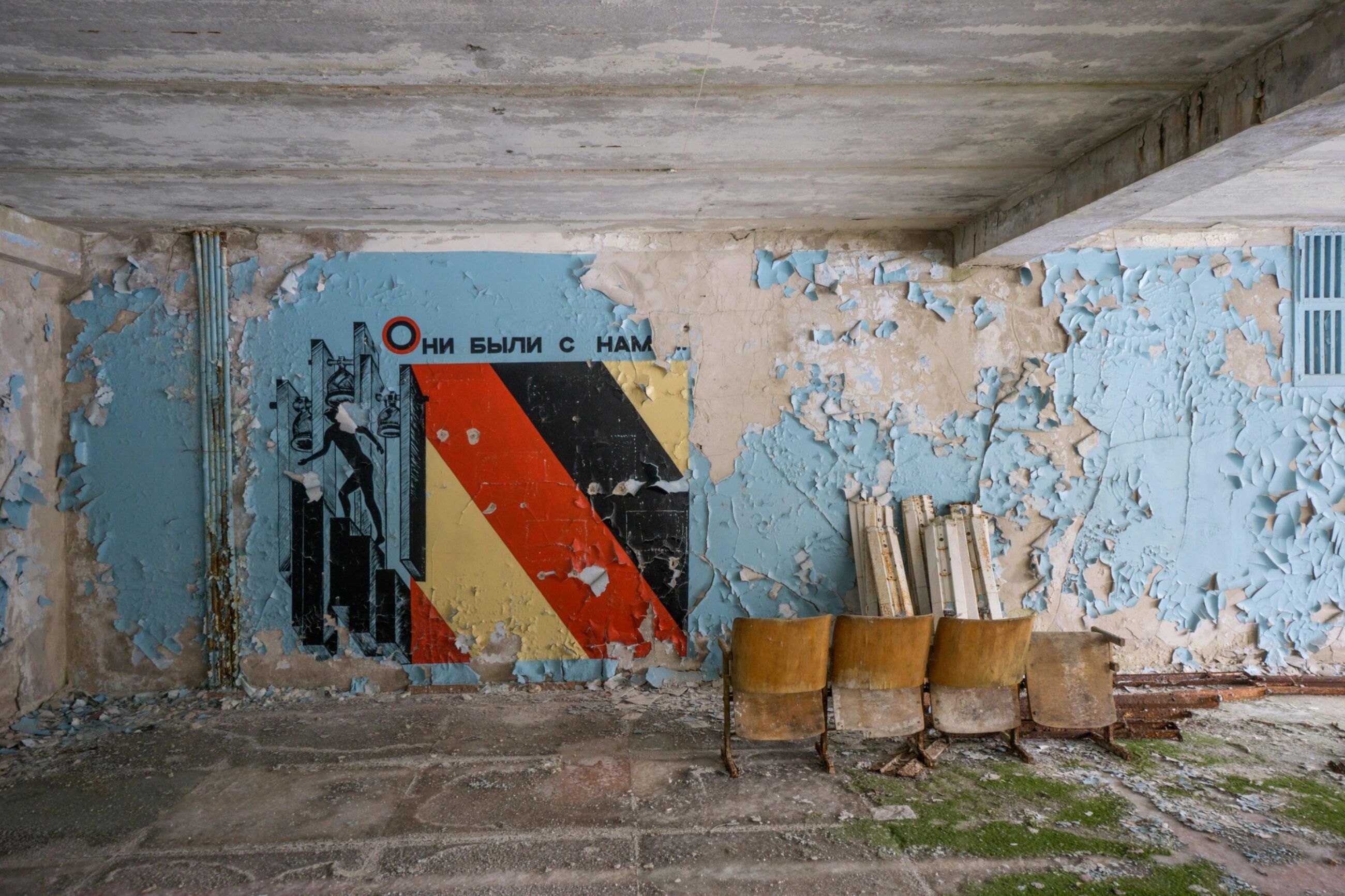 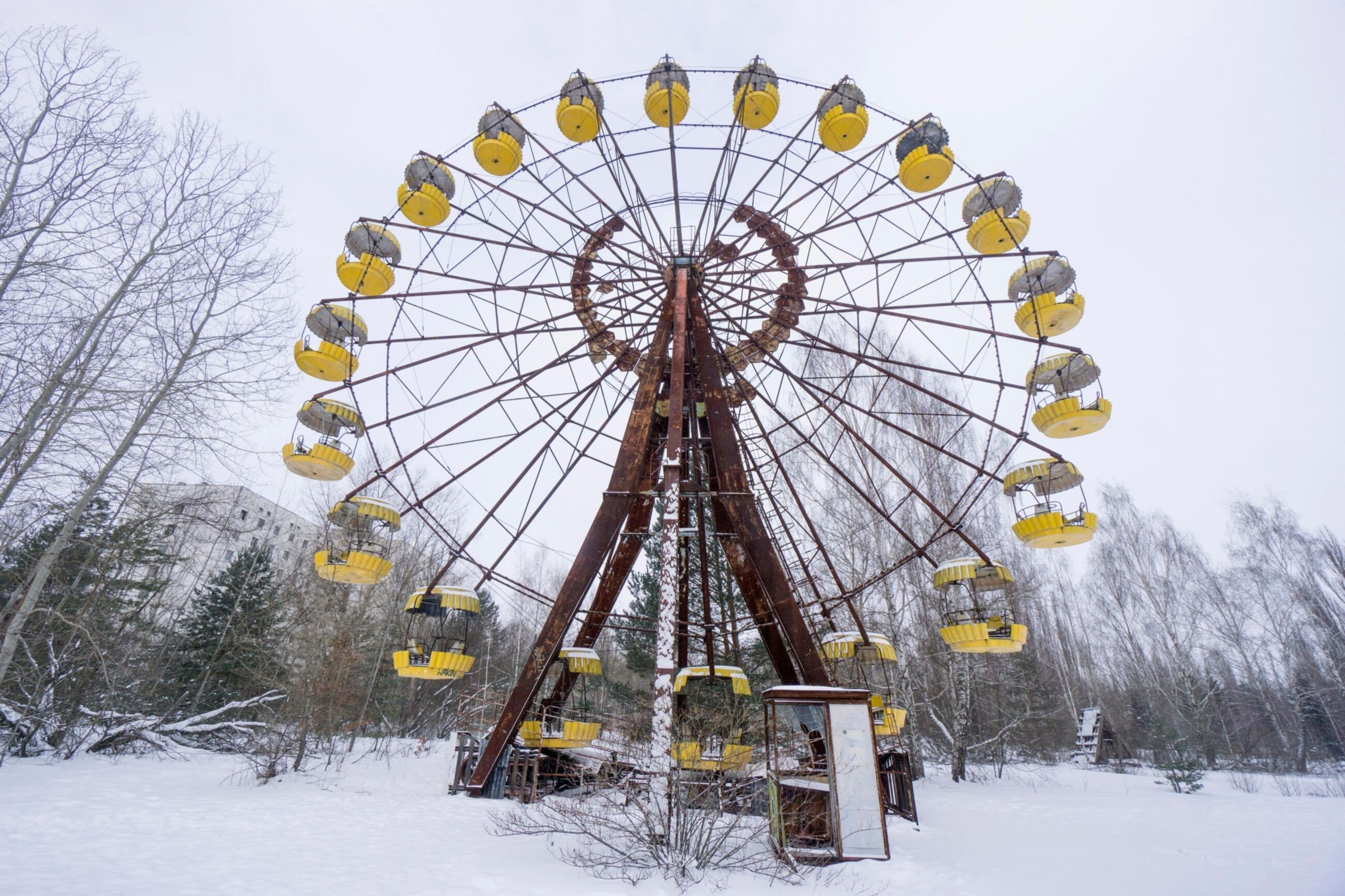 That’s where it fits in to the grand renewable energy plan. Ukraine wants to boost solar, hydro, wind, biomass and biogas output to 11 percent of power generation by 2020, said Yulia Kovaliv, the head of Ukraine’s National Investment Council.

With a cumulative capacity of around 1.2 gigawatts of solar power by the end of 2017, Ukraine already is a “significant player” at par with European counties such as Austria, according to Bloomberg Intelligence analyst James Evans.

The goal now is to lure companies to generate another 1.2 gigawatts of solar energy on the site of the devastation, enough to power 200,000 homes. Solar Chernobyl is the farthest along of two companies preparing to go on line in Chernobyl.

“The project is symbolic,” Kovaliv said in an interview in her Kiev office, “and the key for renewables is to make Ukraine more independent in its energy sources.”

What to do with Chernobyl has vexed governments in Kiev since the nuclear plant’s remaining reactors were finally mothballed in 2000.

For decades, the stretch of deserted forest and ghost towns about 90 kilometers north of the Ukrainian capital have been ring-fenced, with entry strictly monitored. The 1,000 square-mile swath of land is patrolled by special police and exiting visitors are screened as many as four times for radioactivity before being allowed to leave. 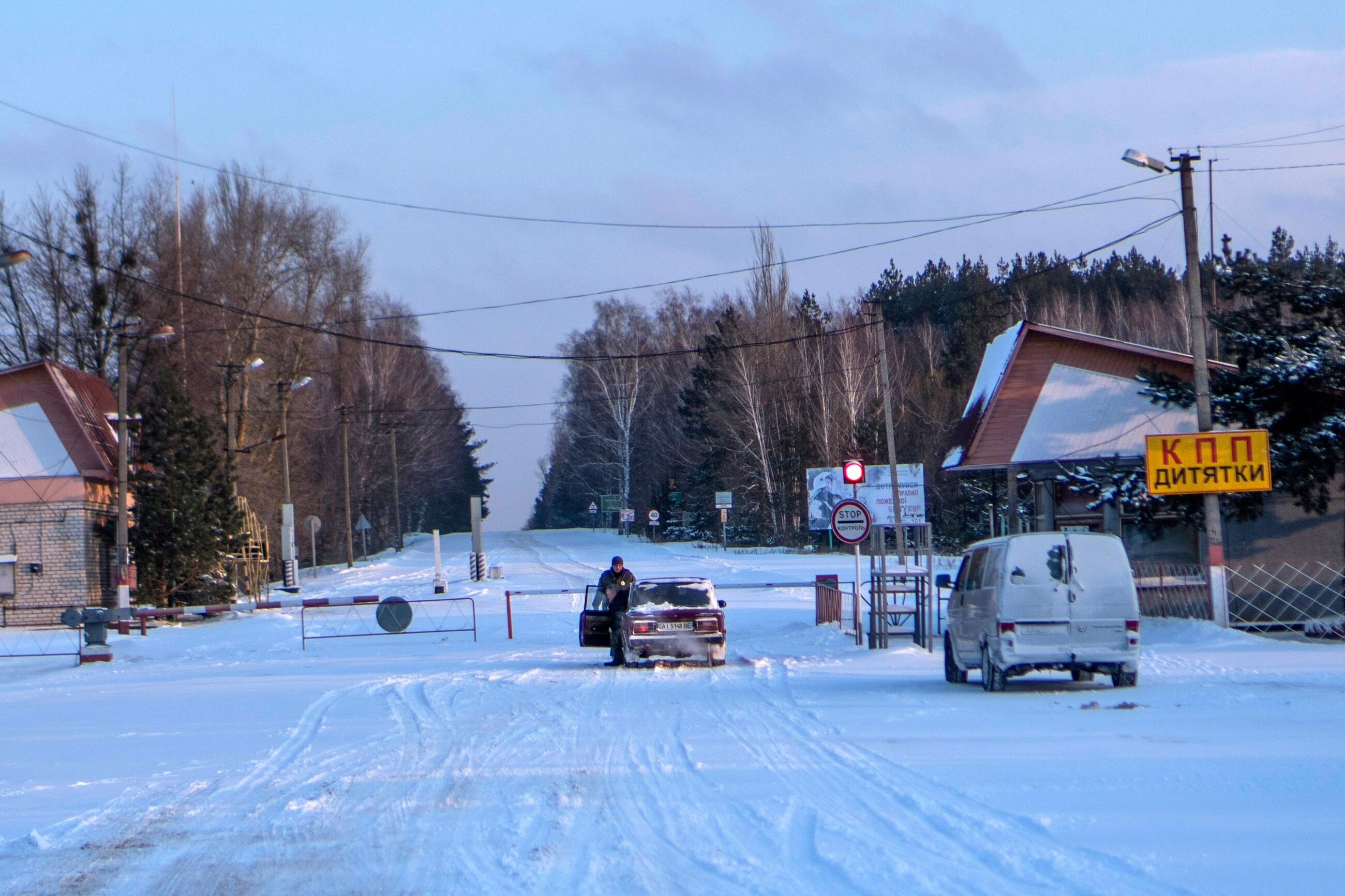 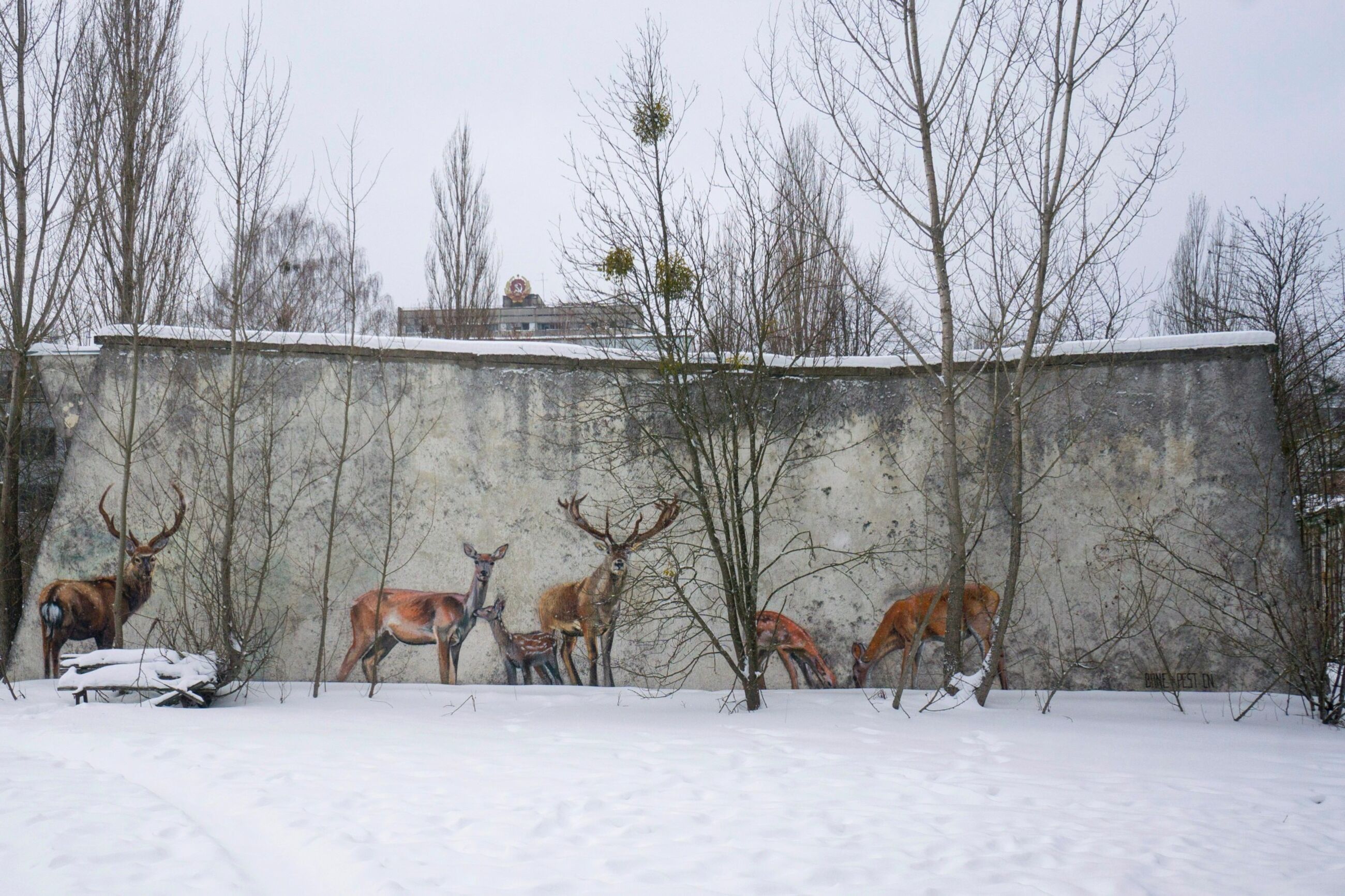 It has granted tourists limited access, warning them in a handbook to refrain from picking up anything off the ground, eating in the open air and wearing shorts and t-shirts. It’s also become the center of spent fuel storage for other nuclear plants in the country. 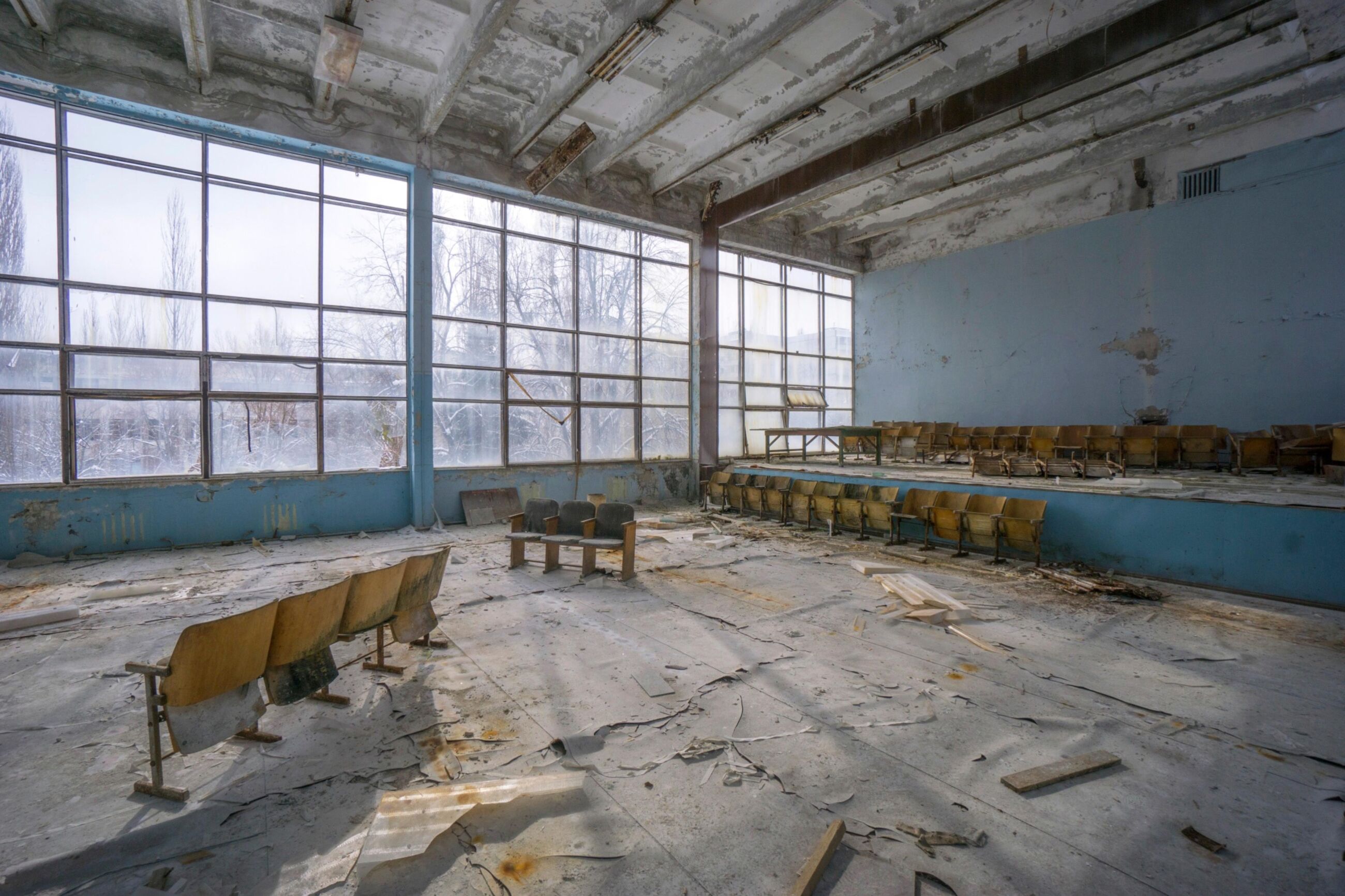 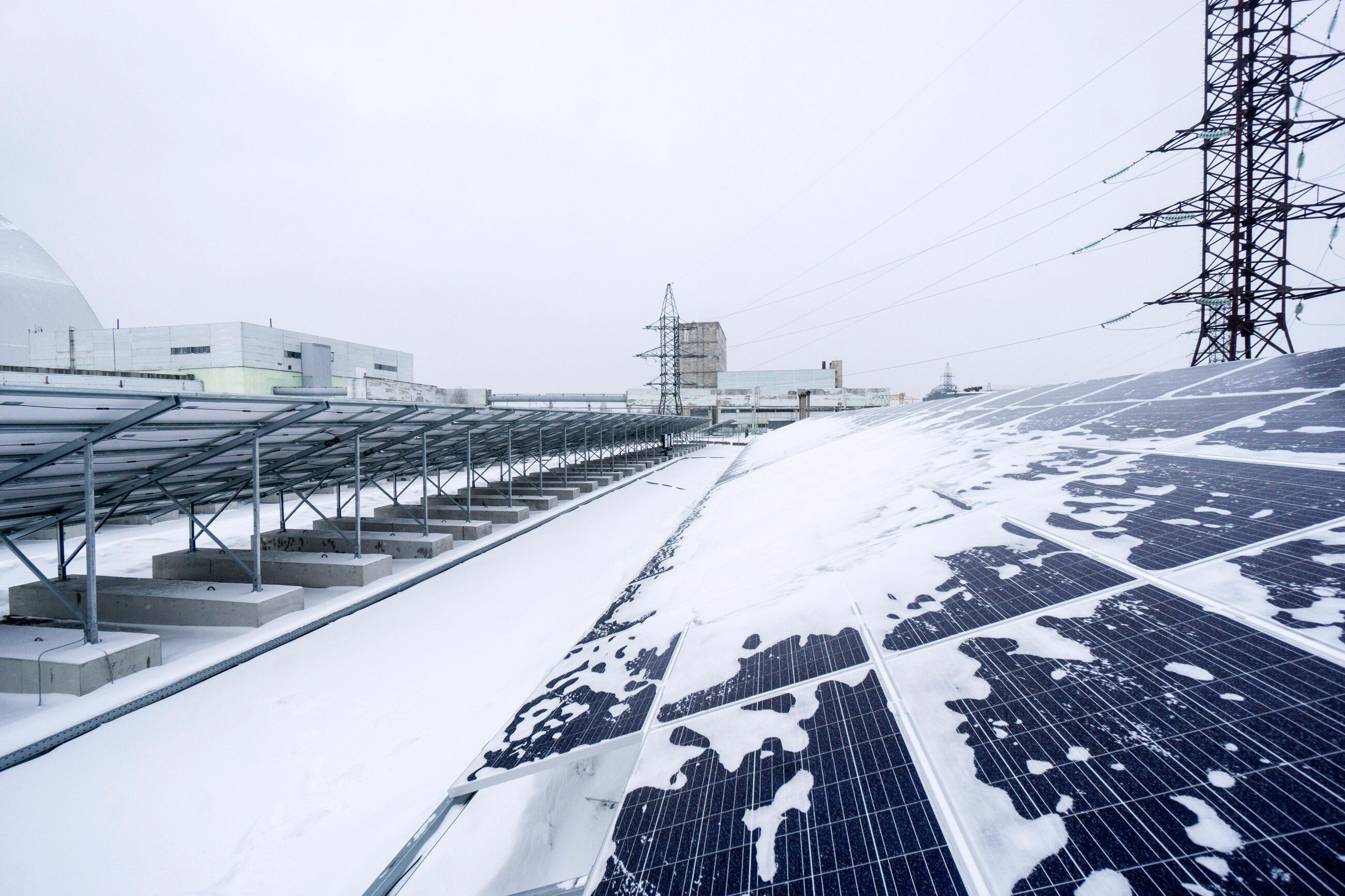 The solar idea started taking shape in 2016 after Solar Chernobyl, which already has a 4.2-megawatt site at the edge of the zone in neighboring Belarus, first inquired about operating within the zone and began to wade through the famously slow Ukrainian red tape. It took years to get the project going.

The government has since smelled an opportunity and is now making it easier for companies to set up, said Petruk. “We now understand what needs to be changed,” he said.

In all, 203 companies possess a state license to generate solar energy in Ukraine. There are more to come, especially with a deadline for companies to go on line by 2020 to qualify for a special tariff to charge the government—the buyer of the power—about triple the normal fee.

Among them is TIU Canada, which is looking to open a solar farm in Chernobyl after completing a 10.5-megawatt plant about 550 kilometers southeast of Kiev earlier this year.

“The sun in Ukraine is as good as anything in Florida, Louisiana or Texas or southern California,” said Michael Yurkovich, the president of Calgary-based Refraction Asset Management, which owns the solar-panel installer. 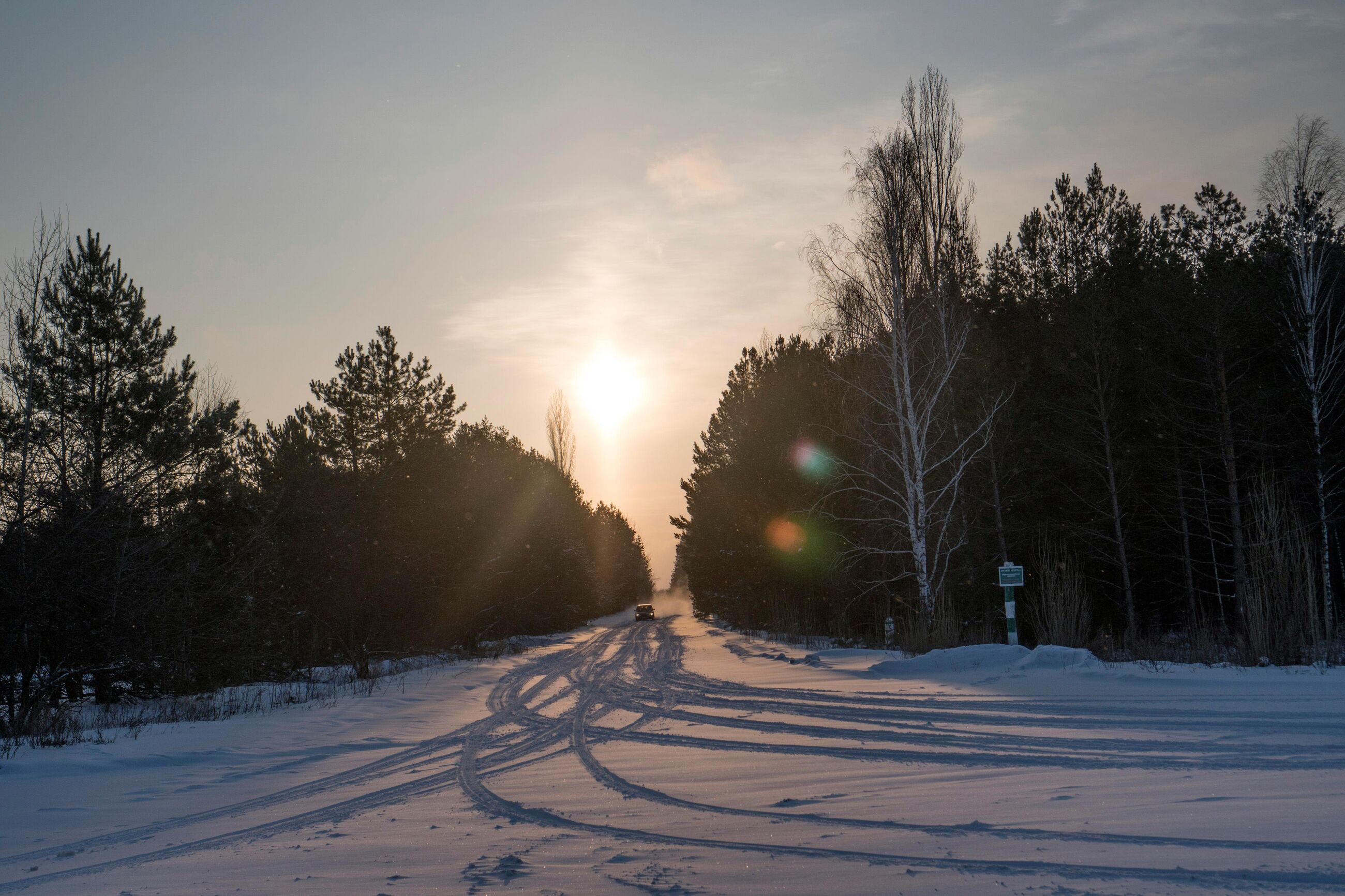 Back at the site, the 1-megawatt project abutting the towering hut-shaped sarcophagus that holds back deadly radiation is the first small step for Solar Chernobyl. It cost 1 million euros to install and the company pays $450 a month for rights to use the 1.6 hectare (4 acre) property at the heart of the 1986 disaster.

By the first quarter of 2019, Variagin said he wants to produce 100 megawatts of power. The philosophy that drove Variagin and his partners is clear, he said.

“What is the sense of converting agricultural fields into solar fields if there are so many territories affected by human activity and damaged and not useful for anything else,” said Variagin, who was evacuated in his grandfather’s car to the countryside after Chernobyl. “For us, this project is all about social responsibility. It’s the right thing to do.”
LINK:  https://www.bloomberg.com/news/features/2018-03-12/radiation-is-put-to-good-use-for-once-in-chernobyl