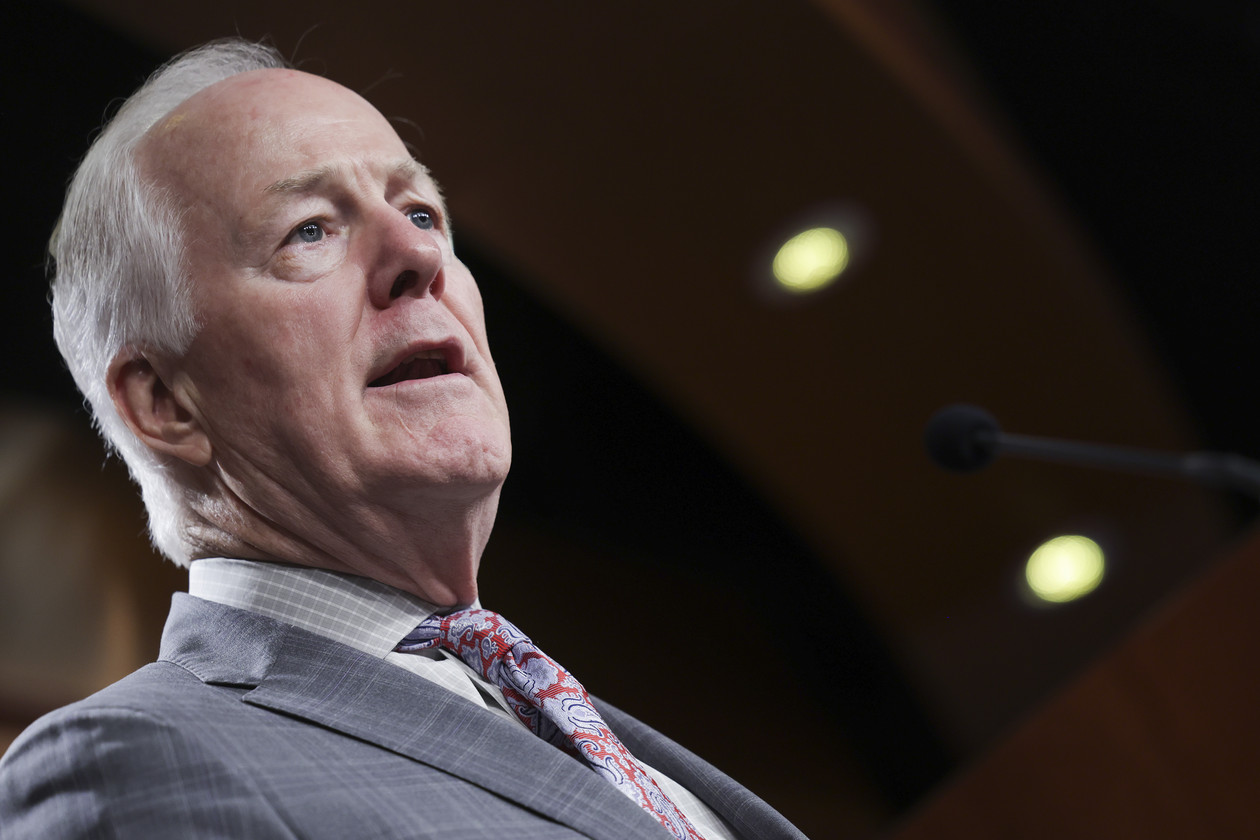 The package will deliver the most significant U.S. contribution yet to aiding Ukraine as Russia encroaches on the eastern Donbas region.
By Jennifer Scholtes and Connor O’Brien, POLITICO
Wash, D.C., Thu, May 19, 2022

“What they’ve asked of us is to give them the tools that they need to fight their own fight,” Sen. John Cornyn said. | Kevin Dietsch/Getty Images

The Senate passed a $40 billion emergency aid package Thursday to buttress Ukraine with weapons and other military help as the Eastern European country fends off the Russian invasion.

The chamber’s 86-11 vote clears the legislation for President Joe Biden’s signature, just in time to keep the Pentagon from exhausting its power to send weapons to Ukraine from U.S. stockpiles. Top lawmakers in both parties insist the multibillion-dollar injection is just what Ukraine needs to bolster its defenses as Russia approaches its fourth month of conflict.

The deal marks the most substantial U.S. commitment yet to helping Ukraine as the war grinds on and Russia’s invasion focuses on the eastern Donbas region. It dwarfs the nearly $14 billion in emergency funding Congress approved in March and is even larger than the $33 billion emergency request Biden sent lawmakers last month.

“Aid for Ukraine goes far beyond charity,” Senate Minority Leader Mitch McConnell said on the floor Thursday morning. “The future of America’s security and core strategic interests will be shaped by the outcome of this fight.”

The Republican leader called on “every senator on both sides to join this bipartisan supermajority” in passing the bill. “Anyone concerned about the cost of supporting a Ukrainian victory should consider the much larger cost should Ukraine lose,” McConnell said.

But 11 senators from McConnell’s party voted against the measure, as some Republicans embrace the non-interventionism promoted by former President Donald Trump.

When the House passed the measure last week, 57 Republicans opposed the bill, while no Democrat voted against the measure.

The brunt of the new funding under the $40 billion aid package will go toward weapons and equipment for Ukraine. The measure gives the Pentagon a new $11 billion in authority to take those resources from U.S. stockpiles and ship them to the frontlines, plus almost $9 billion to backfill items already sent.

Top military officials say it’s significant that Russia gained control this week of Mariupol, a major economic port that could help Russia encircle the Donbas. But the battle is not over.

“Mariupol aside, the fighting still goes on in the Donbas,” said John Kirby, the Pentagon’s top spokesperson. “And the Ukrainians are still putting up a very stiff resistance in towns and villages throughout the Donbas.”

Returning from a trip to Kyiv over the weekend, top Senate Republicans have spent the last few days reiterating the pleas of Ukrainian President Volodymyr Zelenskyy in urging swift passage of the aid package that was held up in the Senate for more than a week.

“What they’ve asked of us is to give them the tools that they need to fight their own fight,” Sen. John Cornyn (R-Texas) said. “President Zelenskyy emphasized a message he’s consistently shared with us: We need more, and we need it faster — more Stingers, more Javelins, more air defenses, more lethal aid.”

The fact that the bill languished in Congress amid the fall of the crucial Ukrainian port city has irked lawmakers in both parties. Schumer called it “repugnant” that Sen. Rand Paul (R-Ky.) objected to swift passage of the measure for more than a week.

To delay the bill “for purely political motives,” Schumer said, “is to only strengthen Putin’s hand.”

Paul argues that the package raises questions of “unconstitutionality” as well as “affordability.” For days the Kentucky Republican demanded that the Senate amend the bill to designate a special federal watchdog to oversee how the $40 billion is spent.

“Isn’t there a more fiscally responsible way this could be done? What about taking the $40 billion from elsewhere in the budget?” Paul said this week.

Adopting Paul’s amendment would have sent the bill back to the House for another vote. And while Senate leaders brushed aside his proposal for a special watchdog, the bill as written would already force the Pentagon’s inspector general to review how the Defense Department spends the emergency funding and deliver a report to Congress. It also requires the Defense and State departments to keep tabs on the end use of weapons and equipment sent to Ukraine.

Aside from the power to transfer billions of dollars worth of weapons from U.S. troves, the package provides another $6 billion to the Pentagon account for arming Ukraine’s military, as well as nearly $4 billion for military operations in Europe. The State Department will receive $4 billion for foreign military financing to help arm Ukraine and other NATO countries.

Senate passage of the aid package follows the chamber’s unanimous confirmation Wednesday evening of Bridget Brink to serve as U.S. ambassador to Ukraine, filling the post after three years of vacancy without a Senate-backed envoy.

Despite a massive price tag, some lawmakers aren’t sold that the latest round of assistance is enough to adequately back Ukraine against Russia. Though lawmakers could eventually approve more aid, it’s unclear when that bill would come due and what more the Ukrainians will need.

“The next several months will be critical,” said Senate Armed Services Chair Jack Reed (D-R.I.). “I think the realization is … that if the Russians succeed here, that won’t satisfy them, that that will empower them to do more.”

Even if Ukraine and Russia negotiate an end to the battle, U.S. military leaders say it’s important for the United States to pump substantial resources to the allied country now.

“We all want to see the fighting end,” Kirby said this week. “What we’re doing in the meantime is trying to provide as many advantages to the Ukrainian armed forces as we can so that they are in a better position on the battlefield — and should there be a negotiated end to it, that they’re in a better negotiating position as well.”