Ukraine will not hit goals with incremental changes 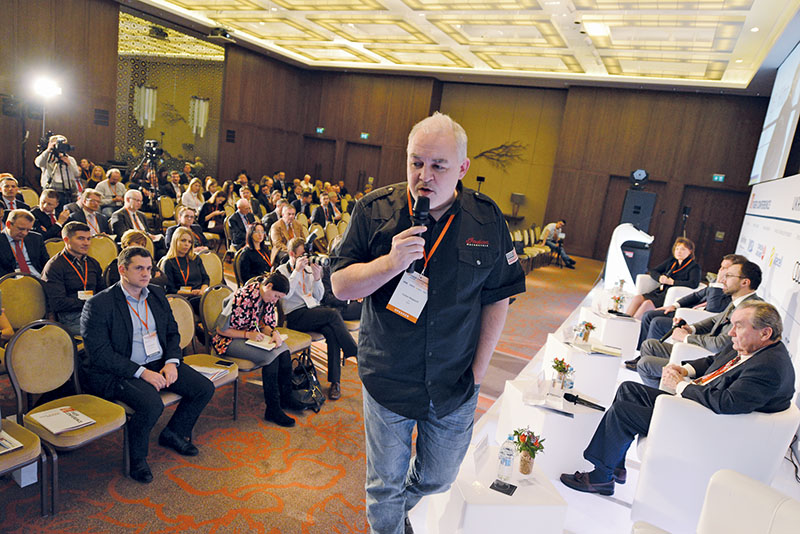 Ukraine has likely missed a chance to revolutionize its governing institutions and may spend the next few years – or even decades – “muddling through” towards a better future.

This “reality check” on the state of Ukraine three years after the start of the EuroMaidan Revolution that toppled the regime of former President Viktor Yanukovych came during a panel at the Kyiv Post’s 5th annual Tiger Conference, held at the Kyiv Hilton Hotel on Nov. 29.

Abromavicius, an investment manager who served in the government of former Prime Minister Arseniy Yatsenyuk in December 2014, was joined on the panel by investigative reporter and Bloc of Persident Petro Poroshenko member of parliament Sergii Leshchenko, U.S.-Ukraine Business Council Chief Morgan Williams and Ciklum founder and CEO Torben Majgaard.

Williams, a businessman and former aide to ex-U.S. Sen. Bob Dole, said that Ukraine would have to “fight harder” to get help from the incoming Donald Trump administration in Washington, D.C.

“They’re going to have to double and triple their efforts because of the competition they face, and that’s a concern to me,” Williams said. “I’m an optimist, but I’m concerned that the world is changing faster than Ukraine.”
Williams added that the Poroshenko administration had failed to address key issues important to foreign investors.

“New investments have dried up, and they’ve dried up because people are sick and tired of the environment they have to work in,” he said.

He said that the lack of effective law enforcement or a functioning judiciary means that no investment can be properly protected, and that there is still no guarantee in Ukraine that anyone’s property will be protected.
Francis offered up Ukraine’s burgeoning IT sector as an example of a sector that “proves Ukraine can do it if there’s no intervention by state corruption.”

She said that “rule of law protects IT companies, because outsourcing companies sign contracts in foreign jurisdictions that can be enforced.

Majgaard, the Ciklum CEO, initially agreed, saying that the “IT industry can help drive the image of Ukraine, because reforms are going to take a hell of a lot of time.”

Leshchenko said that Poroshenko had disappointed Ukraine by his lack of will to eradicate corruption and modernize the country’s government. He attributed this failure to a “conflict of interest” in Poroshenko – the desire to be a politician who goes into “the history books,” yet be a “successful businessman.”

“The window of opportunity is over,” Leshchenko said.

The next chance could come after the next scheduled elections in 2019 for president and parliament.
Leshchenko predicted that reformers would continue to exit government, making the situation “even worse for Poroshenko than now.”

He added that Ukrainians would have to be “more adult and not believe that the IMF will come and use magic tools for reforms.”

He added that creating a strong anti-corruption court could have a positive ripple effect throughout the rest of Ukrainian law enforcement.

“It would be a good motivation for other judges to be fair and clean, or else they will be prosecuted by the anti-corruption court,” Leshchenko said.

Without more forceful changes, the same ring of corrupt politicians that have run Ukraine since independence would be likely to make a comeback, he said.

“Shock without therapy will establish a situation where the favorite candidate for the presidential election in two years will be Yulia Tymoshenko.”

But Abromavicius, the former economy and trade minister, managed to offer some optimism.

“Ukraine is a country of second chances,” he said. “Yanukovych made a comeback, Yulia is making a comeback – why can’t reformers make a comeback?”

The former minister added that “paying civil servants more” would cut off a lot of the air to corruption schemes.

“Reforms need to be front-loaded after revolutions, now we have two and a half years that have passed,” he said.

“It’s up to the presidential branch and his party in the parliament to fix this,” he added. “Unfortunately, things are moving substantially slower.”

“Maybe another Maidan?” the moderator asked. “Ukraine is the country of second chances. Yanukovych made a comeback, Tymoshenko is making a comeback, why don’t reformers make a comeback.”
– Aivaras Abromavicius, ex-Ukrainian economy minister 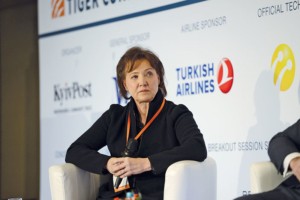 “Ukraine never loses a chance to lose a chance.”
– Sergii Leshchenko,
member of the Ukrainian
parliament 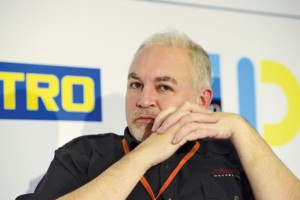 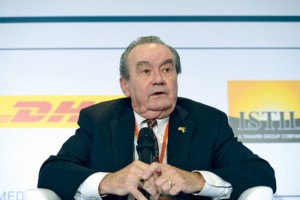 “The worst thing that could happen in the next 2.5 years here is to maintain the status quo.”
– Morgan Williams,
president of the U.S.-Ukraine Business Counciil