Statement by the U.S. Embassy and the Delegation of the European Union 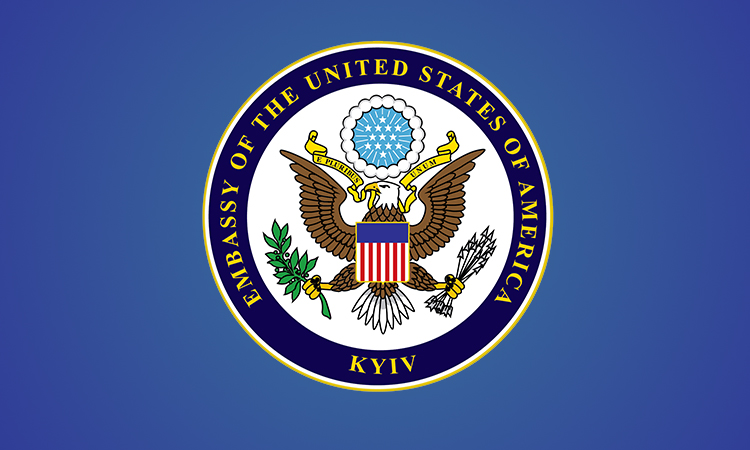 Ukraine and its international partners have had a series of high-level discussions in recent weeks, including with leaders from both of our capitals. One of the key themes of these discussions is the need for reform, specifically the need for continued progress on anti-corruption and judicial reform. Ukraine has come a long way since 2014; no one questions the hard-fought achievements of the past seven years, especially the establishment of independent anti-corruption institutions. But the country must now consolidate these reforms at a time when oligarchs and vested interests are seeking to strike down these very institutions, laws, and other advancements that weaken their political and economic control over Ukraine.

We believe one critical prerequisite for the success of these reforms is the role independent experts, nominated by international partners of Ukraine, in the commissions that select and vet the individuals who serve in Ukraine’s judiciary and anti-corruption institutions — bodies that have enormous power to shape the future of Ukraine. It is a future where the country either remains beholden to the powerful interests who use their resources to protect themselves from justice or where all are entitled to equal protection before the law. Because these commissions will ensure that candidates with the highest professional competence and integrity will be selected as Ukraine’s future judges, Special Anti-Corruption Prosecutor, and NABU Director – those who will hold the corrupt to account – they have an important role in shaping Ukraine’s destiny.

This is also why the role of independent experts has become one of the most important issues in discussions about the future of Ukraine’s reform agenda. The establishment of the High Anti-Corruption Court of Ukraine with direct participation of international experts in the judicial selection process has already become an international best practice that continues inspiring anti-corruption champions in the region and beyond.

Why were international partners given a role in vetting and selecting these officials in the first place? In the Revolution of Dignity, Ukrainians decided to chart a new path forward, one that resists corrupt interests, ends impunity, restores public trust in institutions, and would unleash the country’s economic potential. In determining how to do this, Ukraine sought advice from the European Commission for Democracy through Law, a body better known as the Venice Commission, which serves as the Council of Europe’s advisory body on constitutional matters.

The Venice Commission stressed that the only way to ensure the independence of these commission members is to have Ukraine’s international partners nominate a certain share of the candidates, who, with significant experience overseas, have no biases, conflict of interest, or hidden agendas. Ukraine’s decision to implement this innovative mechanism when selecting candidates for the High Anti-Corruption Court and then the National Agency on Corruption Prevention was enormously successful. Despite constant attacks on these bodies, they both enjoy higher public trust as a result of their independence. Their very existence is a victory for Ukraine and a testimony to its resilience to internal and external aggression.

Independent experts threaten those who benefit from the current system and seek to retain control over the levers of power in Ukraine. Ukraine has proven that this is a successful reform model to ensure that a commission serves the Ukrainian people, and not the vested interests that seek to control it. The ongoing competition for the SAPO leadership serves as proof that independent experts’ decisive role in the selection process is critical to ensure that decisions are merit-based and not politically-motivated.

Furthermore, the Venice Commission clearly stated that giving the international members a prevailing vote in case of a tie after a repeat vote is acceptable from the viewpoint of national sovereignty, given that final decisions remain with the appointing body. The current draft laws, including on the High Qualification Commission of Judges, that are now in parliament need to be aligned with the Venice Commission opinion before their second and final reading.

We believe independent experts within the selection commissions would enable changes representing the most fundamental renewal of Ukraine’s judiciary since the country’s independence. The involvement of independent experts is in compliance with international standards: their crucial role is temporary and justified by the extraordinary circumstances presented by the opportunity Ukraine now has to take a decisive step toward its destiny as a modern European nation

To seize that destiny, we, as friends of Ukraine, stand with Ukraine’s leaders and ask them to act with political courage. As they consider the future, we urge them to think back upon the desires of the Ukrainian people. It is reform they demanded during the Revolution of Dignity and voted for, over and over again, in elections. It is now up to Ukraine’s leaders to make good on their promises. When they do so, there is no doubt but that the Ukrainian people will thank them.