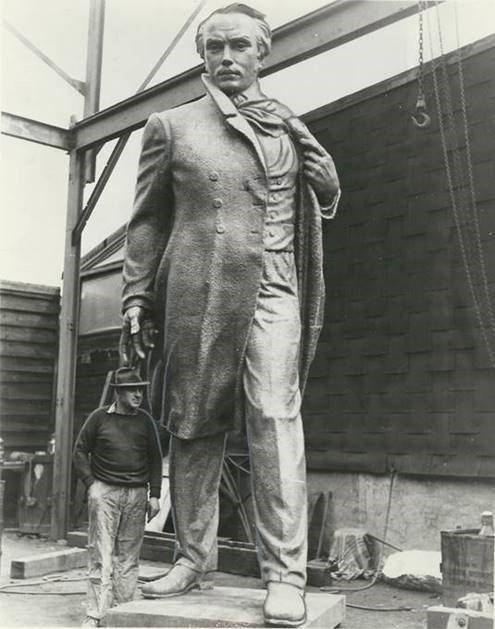 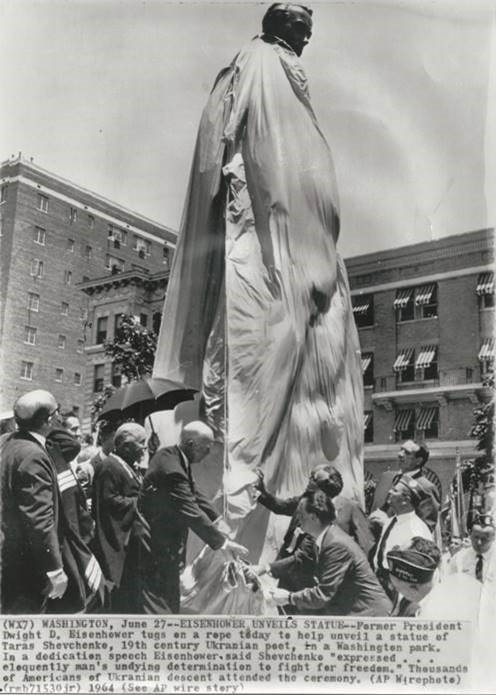 Taras Shevchenko, died in 1861, was a Ukrainian poet and artist and an original European freedom fighter. President Harry Truman was an honorary chairman of the dedication. 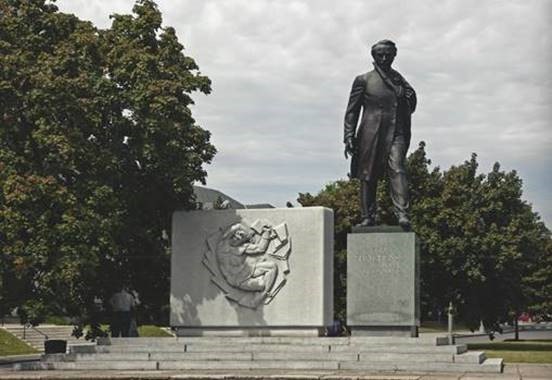 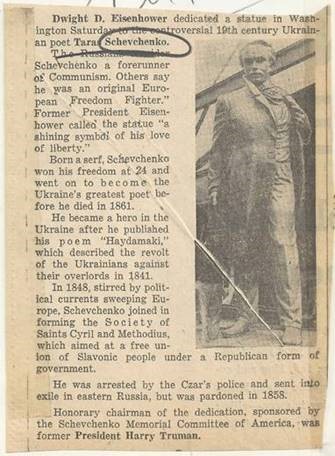 Text from the Newspaper Article Above:  Dwight D. Eisenhower dedicated a statue in Washington Saturday to the controversial 19th century Ukrainian poet Taras Shevchenko. The Russians consider Shevchenko a forerunner of

Communism. Others say he was an original European Freedom Fighter. Former President Eisenhower call the statue “a shining symbol of his love of liberty.”

Born a surf, Shevchenko won his freedom at 24 and went on to become the Ukraine’s greatest poet before he died in 1861. He became a hero in Ukraine after he published his poem “Haydamaki,” which described the revolt of Ukrainians against their overlords in 1841.In 1848, stirred by political currents sweeping Europe, Shevchenko joined in forming the Society of Saints Cyril and Methodius, which aimed at free union of Slavonic people under a Republican form of

government. He was arrested by the Czar’s police and sent into exile in eastern Russia, but was pardoned in 1858.

Honorary Chairman of the dedication, sponsored by the Shevchenko Memorial Committee of America, was former President Harry Truman.

LINK:  Holodomor: Through the Eyes of Ukrainian Artists Gallery