Taylor, Tefft and Volker talk about
Ukraine’s 29 years of Independence 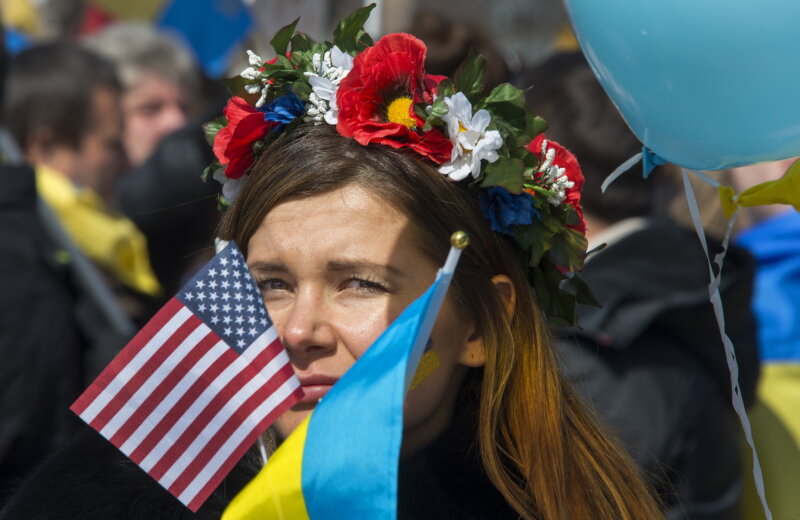 As Ukraine is about to celebrate its 29 years of independence, top U.S. diplomats discussed the achievements and failures of Ukraine’s past as well as the challenges ahead of the post-Soviet nation.

Former U. S. ambassadors to Ukraine, William B. Taylor and John Tefft, as well as ex-U.S. Special Representative to Ukraine Kurt Volker all agree that despite Ukraine’s successes, the nation has a long way to go to build independence strong enough to protect the country from foreign threats.

All three unanimously agree that the biggest challenge for today’s Ukraine is Russia’s war in Ukraine’s southeastern Donbas region. How Ukraine tackles its domestic issues will determine its success in withstanding Russia’s aggression.

“We cannot fail to recognize that Ukraine is under active assault, this is a Russian attack, an invasion of Ukraine,” Volker said during a webinar hosted by the U.S.-Ukraine Business Council, a 200-member association that includes the Kyiv Post and that promotes U.S.-Ukraine relations. “I would argue not for the purpose of controlling the Donbas so much as for the purpose of destabilizing Ukraine as a whole, and trying to block Ukraine’s development, and prevent Ukraine’s closer integration with Europe.”

In 2014, Russia invaded and took over Ukraine’s Crimean peninsula and launched a military attack on eastern Ukraine. The ongoing war has killed nearly 15,000 people and forced 1.5 million to flee their homes, according to the United Nations.

“We have to remember that this is a cynical policy,” Volker said.

Having Russia as a constant threat in the near future will directly affect Ukraine’s success as a nation, the senior officials have pointed out. Therefore, it is important that Ukraine receives all the support it can get from its Western partners.

“There won’t be peace and there won’t be restoration of sovereignty and territorial integrity unless Russia withdraws, and Russia is not going to withdraw unless it sees that, on the one hand, Ukraine is successful anyway, its effort to block Ukraine has failed and, on the other hand, that there is a mechanism, there is a negotiation, there is a way in which Russia can withdraw and get some kind of face-saving as it does so,” Volker said.

Ukraine, therefore, must build a strong nation that is independent, unified and that steers away from corruption internally and that is founded on a strong legal system.

That process of building goes way back to the birth of the nation in the early 1990’s when Ukraine did what it could to be independent.

Tefft reminisced of the times when he was the deputy director of the U. S. State Department’s Soviet desk and how Ukrainians have put ample effort in making sure that they were not part of the Soviet Union.

“I think for me and most of the foreign service officers working on Ukraine… brought home almost on a daily basis the importance of the concepts of independence, sovereignty, territorial integrity,” Tefft said. “These were not just diplomatic code words, they were real concepts, they were meaningful as we watched Ukraine struggle to become and independent nation.”

On Aug. 24, 1991, Ukraine’s parliament declared its independence which was later approved on Dec. 1, 1991, after a national referendum had an 84% voter turnout in which more than 90% supported independence.

The first six months were some of the most difficult for Ukraine, according to Tefft, as Ukraine was establishing its own institutions and foreign policy. Especially during the first months of its independence, Ukraine had to set a foundation that proved itself and that it was not going to fall under the Kremlin’s orbit again.

“There were… fears in Washington and European capitals that things were going to fall apart, and that violence would break out particularly between Russia and Ukraine. But in the end I think we were all amazed that there was no bloodshed,” Tefft said. “Sadly we now know the fighting between the two nations was simply postponed.”

“So we also know today that the process of building a modern Ukrainian nation is far from finished,” Tefft said.

At home, the biggest challenge for Ukraine is to establish an independent legal system.

“Rule of law is a big challenge for Ukraine, they have to succeed and Ukrainians know this,” Taylor said.

And Ukrainians are finding creative ways in trying to uproot corruption. For example, Taylor pointed out three initiatives that are currently being made by professional Ukrainians who used to work in the government: the Center for Human Capital (focusing on leadership and the issues of Donbas and IDPs), Center for Defense Strategies (focusing on the country’s security and defense reform) and the Institute for Democracy and the Rule of Law (focusing on anti-corruption and conditional reform).

In addition, all diplomats agreed that for Ukraine’s independence to prosper, there is much that must be done in bilateral relations between Ukraine and its Western partners.

Taylor emphasized on the importance of Ukraine receiving bipartisan support from the U.S. and for both countries making sure that there is little ground for support to disband.

“There’s a range of organizations in Washington that support Ukraine’s independence, territorial integrity, and democratic direction and innovation,” Taylor said. “Don’t jeopardize it.”

Having bipartisan support is Ukraine’s most valuable asset in the U.S., the ambassador said, warning that if Ukraine makes the wrong moves, it could lose it. For example, Ukraine’s embarrassing recent involvement in U. S. President Donald Trump’s attempts to find dirt against his current political opponent in the upcoming U.S. elections, has caused some damage in the bilateral relations.

“There’s a presidential election going on here. Don’t get involved in that election. Don’t mess with our politics… Don’t do that,” the ambassador said.
And it really is important for Ukraine to receive the support it needs from its Western partners.

For example, the U.S. is continuing with policies which will deter Russia’s aggression in Europe and help Ukraine, such as with the upcoming legislation that is about to pass in U. S. Congress that will increase sanctions against Russia related to the construction of the Nord Stream II pipeline.

In addition, Volker said, there is already a proposal in place to renew and extend U.S. security assistance for Ukraine through the Pentagon’s Ukraine Security Assistance Initiative and through the State Department Foreign Military Financing (FMF). “There is a proposal from Senator (James) Risch and Senator (Bob) Menendez to triple the size of U.S. FMF from $115 million to about $300+ million.”

Volker has also emphasized on the importance for the West to do more for Ukraine specifically.

“Ukraine has had its zigzags internally in terms of democracy, corruption, economic development, the exercise of extraordinary power by oligarchs outside of normal political structures, this has been difficult for Ukraine,” he said. “It’s also been difficult because support from its friends and partners has been uneven, there have been times when the West — the European Union, United States — has really been extraordinarily active and supportive of Ukraine, there are times our attention has faded and we were less supportive than we should be.”

One way for the U.S. to continue supporting Ukraine, according to Tefft, is through supporting and collaborating with Ukraine’s educational institutions, which in the past the U.S. Embassy has been involved in.

Another way for the West to help Ukraine is to “keep pushing back on the false narratives” about Ukraine that the Kremlin has been propagandizing, said Volker, as Russian President Vladimir Putin “has made a concerted effort to distort history in order to undermine a sense of legitimacy for Ukrainian sovereignty and nationhood. And it’s very important for those of us in the West not to allow that to happen, to keep history straight and clear and keep talking about it so that future generations know that there is a Ukraine and that it is a legitimate place and that there is a right to independence and sovereignty.”

“Ukraine didn’t have to make it and Ukraine did make it, and this is really something to celebrate that we’ve seen the re-establishment of a sovereign independent Ukraine and a strong sense of Ukrainian identity, and nationhood, and this august 24th… is an opportunity to remind and celebrate that sense of identity, and to urge ever greater unity among Ukrainians in Ukraine.”