TIU Canada, a major foreign investor in Ukrainian solar energy congratulates President Biden and President Zelenskyy on their bilateral summit this week in Washington, DC, while calling for the swift resolution of Ukraine’s unpaid renewable energy arrears. U.S. and foreign investors are owed outstanding payments of close to $800 million. 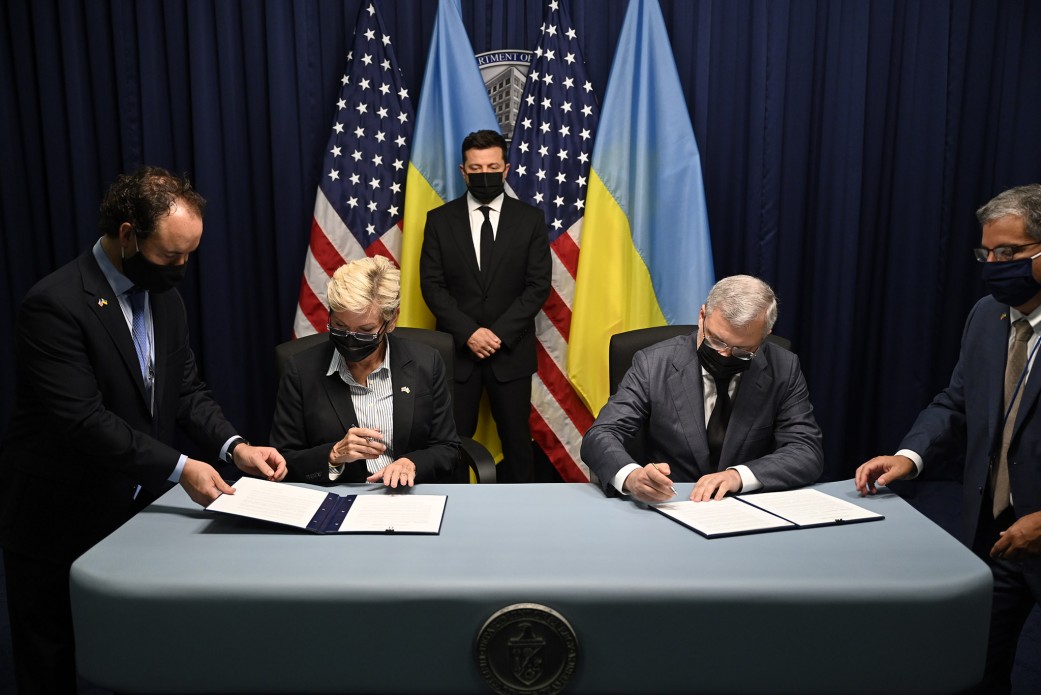 Photo by the Office of the President of Ukraine

During a meeting with President Zelenskyy, U.S. Secretary of Energy Jennifer Granholm and Ukraine Minister of Energy Herman Galushchenko signed a Joint Statement of Intent to advance energy and climate cooperation through the U.S.-Ukraine Strategic Energy and Climate Dialogue. The dialogue launches a platform to accelerate Ukraine’s energy transition and EU integration and will facilitate closer cooperation between the United States and Ukraine both in the government and private sector.

“Ukraine’s failure to abide by its renewable energy contractual obligations with U.S. and foreign investors is a source of significant concern and a worrying signal for the country’s investment climate,” said TIU Canada President Michael Yurkovich. “I applaud both governments on the re-launch of the U.S.-Ukraine Strategic Energy Dialogue. My company stands ready to participate in this powerful platform and forum for moving this issue towards resolution,” Yurkovich added.

TIU Canada is a leading Canadian-based solar energy producer, which has been working in Ukraine since 2016 and is a leading solar energy producer. The company commissioned a 10.5-megawatt solar power plant in Nikopol, Ukraine, in January 2018, and an 11.3-megawatt solar station in the Mykolayiv region in April 2019. An additional 33 megawatts of solar power generation has been commissioned in the Odesa region, for a total of 56 megawatts nationwide. TIU Canada has invested more than $65 million in Ukrainian solar energy over the last four years and was the first investor in Ukraine under the Canadian Ukrainian Free Trade Agreement (CUFTA).