Top U.S. Official Calls On Ukraine To Crack Down On Oligarchs, Including Gas Billionaire 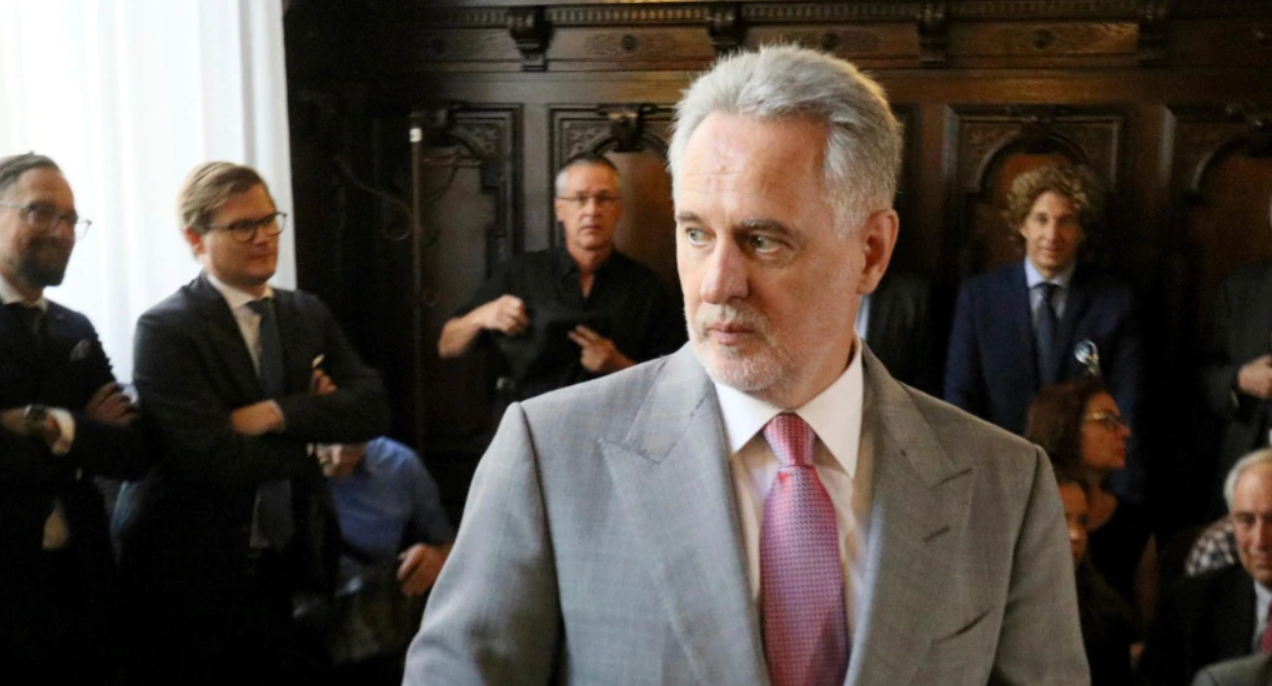 A senior U.S. State Department official has said it is time for Ukraine to tackle corruption and weak institutions, including going after Dmytro Firtash, whose natural-gas holdings have made him one of the country's most notorious, and powerful, oligarchs.

The April 8 comments by George Kent, the deputy U.S. assistant secretary of state who oversees Ukraine, come as President Joe Biden makes Kyiv's progress on reforms a greater priority in the bilateral relationship.

Speaking at a meeting of the U.S.-Ukraine Business Council, Kent said graft and a weak judiciary made up an "internal threat" in Ukraine, and he compared it with the external threat Kyiv faced from Russia.

Russia has massed a substantial number of forces on its border with Ukraine, and moved others into the occupied peninsula of Crimea. That has raised alarms among Western observers who fear an escalation of the seven-year conflict in eastern Ukraine.

Kent said that seven years after Ukrainian citizens drove from power the corrupt administration of President Viktor Yanukovych, the judiciary system remained "flawed," while oligarchs continue to call the shots.

"The time has now come...to start making the tough decisions to rein in the influence of oligarchs and the systemic corruption," Kent said.

In his speech, Kent highlighted Firtash, a tycoon who made his initial wealth trading Russian natural gas in the 1990s, as an example of Ukraine's flawed justice system.

Firtash became the official partner of Russian state-controlled gas giant Gazprom in trading firm RosUkrEnergo, the monopoly importer of natural gas to Ukraine during the late 2000s. He made hundreds of millions of dollars during the short lifespan of RosUkrEnergo, which analysts called an unnecessary middleman.

"Everyone knows that he started out as the front for Russian gas interests," Kent said.

In March 2014, U.S. prosecutors unsealed an indictment charging Firtash with corruption in connection with an Indian titanium project that the U.S. aerospace giant Boeing was studying.

U.S. officials have sought Firtash's extradition from Vienna since then. He has denied the charges, saying they are politically motivated.

Ukraine has never charged Firtash with a crime. He continues to make millions of dollars a year in the country's graft-ridden energy industry through his control of gas-distribution companies.

"Why is it that it is the U.S. who indicts and goes after corrupt Ukrainians?" Kent said.

"It's time for the Ukrainian leadership and the justice system -- rather than not making decisions against corrupt oligarchs -- to use Ukrainian institutions to go after corrupt Ukrainians and hold them to account," he said.

Zelenskiy's administration has also gone after former officials at PrivatBank, the lender once owned by tycoon Ihor Kolomoyskiy, who is considered to be one of Zelenskiy's main benefactors.

Kolomoyskiy is under criminal investigation in the United States for money laundering. The Justice Department is seeking to seize three U.S. office buildings he allegedly bought with laundered money.

But Firtash, unlike Kolomoyskiy, has so far avoided official pressure from the Zelenskiy government.

Firtash has also had a part to play in the political drama surrounding the final years of President Donald Trump.

According to U.S. court filings, in September 2019, Firtash allegedly wired $1 million to the American wife of a Soviet-born businessman named Lev Parnas. Parnas is a former donor to Trump and an associate of Rudy Giuliani, Trump's personal lawyer.

According to Parnas, and other legal filings, Firtash allegedly provided key documents that Giuliani used to further a discredited claim that Biden engaged in wrongdoing in Ukraine. That claim was a key point of Trump's losing 2020 election fight against Biden.

Parnas has said that in exchange for Firtash's help in the effort to damage Biden, he told Firtash they would make his U.S. legal troubles disappear.

In his speech, Kent also appeared to back a recent move by Zelenskiy to fire two judges from the country's Constitutional Court.

Zelenskiy's decision sparked concern in the West he was reaching beyond his powers and interfering with the independence of the judiciary.

Kent said the integrity of institutions was just as important, adding that corrupt judges lead to "corrupt independent institutions."

The two judges were believed to be beholden to oligarchic interests and blocking critical reforms necessary to put Ukraine on the path toward European integration, Ukrainian anti-corruption advocates claim.

In response to a question on whether the West was failing to stop the flow of corrupt Ukrainian money into its banking system, Kent said recent Justice Department actions against Kolomoyskiy showed the United States is taking a tougher stand on the issue.

As for the external threat, Kent reiterated the Biden administration's stance that the Russian military buildup near Ukraine "is worrisome." He also commended Kyiv for its "restrained and responsible" response to those actions.