UKRAINE - Q&A ON THE INVESTOR'S PERSPECTIVE 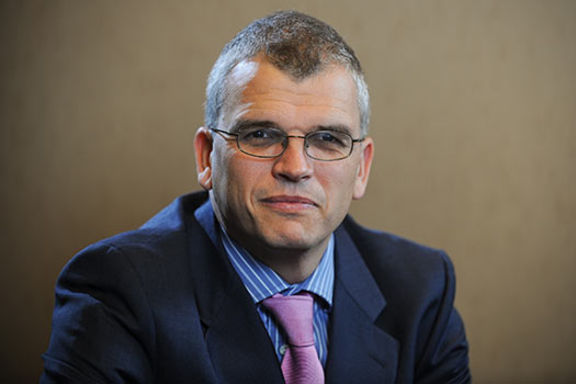 Q? So how do institutional investors view Ukraine?

Answer: Well most surveys show that portfolio investors are generally long Ukraine, relative to various indexes, at least in fixed income space. So it reflects the fact that they are favourably inclined towards the credit, and that has been reflected in spread compression on local and hard current debt market Ukraine as a relative outperformer over the past year or so, and under the Zelensky presidency.

Partly I think this reflects valuations. If you look at Ukraine versus its peers on a ratio basis, it looks to offer value with yields around the 7% level. Ukraine’s ratios have improved markedly since 2015, and Euromaydan.

Twin deficits had disappeared, at least pre-Covid 19, with the current account deficit cut to 1-2% of GDP and the fiscal deficit in that range, public debt cut from 90% to closer to 50%, inflation cut to low single digits, and NBU FX reserves rebuilt to around $25bn, or 4-5 months of import cover. These ratios now make Ukraine compare favourably with its rating single-B peer group of Egypt, Belarus, Pakistan, Sri Lanka and Jordan.

Covid-19 does create numerous challenges. Obviously the economy had come to a sudden halt with lockdown. Real GDP could decline as a result by anywhere from 5% to 10% for the year. The fiscal deficit is expected to widen to 7-8% of GDP. But this is a par performance compared to other European and Emerging Market economies.

And I would just point out that It is testimony to reforms instigated over the past 5 years or so that have ensured that Ukraine has not been much more badly impacted. Pre-2015, and before reforms subsequently put in place, I think consensus would have been that when posed by a Covid-19 style hit, Ukraine would have been at risk of a currency crisis, a banking collapse and sovereign debt crisis. This has not happened.

The UAH has been relatively stable. No banks have collapsed. There have no been runs on backs, and the sovereign has managed to finance itself at reasonable cost. FX reserves have fallen a little, but not precipitously as would have been the case in the past. The NBU has been able to cut policy rates to record lows, because it has credibility now in the markets’ eye.

If there is no second wave, the Ukrainian economy should be well positioned now to bounce back.

But I would stress that Ukraine’s durability so far in the face of Covid19 largely reflects the hard work of the technocrats at the NBU, the MOF and the ministry of economy, and also elsewhere in key ministries.

Q? So as an investor what worries you about Ukraine at this point?

First, Covid19 still presents a huge risk to all economies globally. I worry that prematurely opening up economies will give the virus a window to fight back. And in Ukraine’s case the recent upturn in the infection rate is worrying. We all need to keep up our guards.

Secondly, as noted above, Ukraine’s durability reflects well on the capable technocrats in key parts of government and the NBU. There are always rumours of efforts by oligarchs to capture institutions like the NBU. I hope that Zelensky understands and appreciates the talents he has at the NBU et al, and resists calls from vested interests for HR changes. Hands off the NBU! I think it is fair to say that the timing of the earlier year cabinet reshuffle was pretty disastrous, coming just as Covid19 hit in full force. I hope that Zelensky learned from his mistake.

Third, and on the issue of oligarchic interests, it is clear that a fight back by oligarchs is underway, to recaputure the state - if it was ever uncaptured!

The Privatbank case is still the battleground in the war against oligarchic interests, and Zelensky still needs to back his team at the NBU, MOF and Privatbank in ensuring the interests of the state are assured. And as the IMF stated in the staff report attached to the SBA, the Zelensky administration needs to ensure it takes appropriate actions to recover the USD15bn plus (10% of GDP) of losses the state suffered as a result of the 2015-2017 banking crisis. Can you imagine oligarchs are being allowed to walk away with USD15bn!

The above is important as while macro stability has been achieved, the economy can only grow at a high and sustainable rate, to deliver jobs and improved well being to the bulk of the population, if micro reforms catch hold. I have long argued that Ukraine needs structural reform to improve the business environment, to stimulate domestic and foreign investment. Ukraine needs to be a good place to do business, and the harsh reality is it is not. Corruption and state capture are the key impediments to investment, growth and job creation.

And all the surveys of the general population and business suggest it is still the number one problem in Ukraine. Former President Poroshenko failed to do much address the problem, and frankly current President Zelensky has also done very little. Question marks remain as to whether Zelensky is serious about really fighting corruption, beyond issuing cheap slogans. Do something, as you were elected on the mandate to fight corruption!

Fourth, geopolitics remains a key risk. Russia might not be at the gates of Kyiv, but it continues to knock on the door at the borders, and has certainly broke through these borders in Donbas and Crimea. And Putin undeniably wants more - he wants Ukraine to fall under Russia’s strategic umbrella, and to pull Ukraine out of the West’s orbit. Putin might have taken something of a time out during the Trump presidency, but he is playing the long game.

I think he thinks a Trump presidency, and under a Trump second term, that he can conclude a deal with the US to carve out areas of interests globally, with Ukraine being sliced off and surrendered by Trump to Putin and Russia. He is hence in the waiting game for the outcome of US elections, but with a than thclear preference for a Trump win. But let’s be clear, the status quo in Ukraine, and in Russo-Ukrainian relations, is not viewed by Moscow as acceptable or sustainable.

They want more e status quo, but are just biding (not Biden) their time. I worry here how Moscow will react should it crystalise that Trump is not going to win re-election in November. And I think if Mosc November ow thinks Biden will win in November, and that Moscow is likely to face a more hawkish US administration, that it will escalate preemptively in Ukraine.

I assume herein that whoever now wins the US election in November, that the election result will be challenged, and likely there will now be a constitutional crisis in the US. While the US is so distracted, I think Putin will seek to take advantage in Ukraine.

You could possibly argue that even in a scenario where Trump wins re-election in Novembr, and seeks to concede concessions to Putin in Ukraine, that this will in itself feed political instability in Ukraine - nationalists and patriots in Ukraine are never going to allow Ukraine to be delivered on a plate to Putin by Trump. So even this scenario could well create political flux and instability in Ukraine, which will again be exploited to the full by Russia.

While I think Putin will escalate late this year in Ukraine on the assumption of a Biden win, I think it is clear to point out that Biden, and his likely team to emerge post November, are fully committed to supporting Ukraine - despite all the dirt that has been thrown up during the Ukrainegate saga. Biden knows and understands both Ukraine and Russia. He gets that Ukraine is the Achilles heel for Putin, and only by backing and supporting Ukraine can US geopolitical interests with respect to Russia be delivered.

So I think any effort at escalation by Putin upon a Biden will will also likely see a Biden presidency doubling up in Ukraine also. This would suggest that Ukraine could well be the first global crisis to be faced by any incoming Biden administration.

NOTICE:  Please note that any views expressed herein are those of the author as of the date of publication and are subject to change at any time due to market or economic conditions. The views expressed do not reflect the opinions of all portfolio managers at BlueBay, or the views of the firm as a whole. In addition, these conclusions are speculative in nature, may not come to pass and are not intended to predict the future of any specific investment. No representation or warranty can be given with respect to the accuracy or completeness of the information. Charts and graphs provided herein are for illustrative purposes only.

USUBC NOTICE: This personal analysis and commentary document is distributed for information purposes only.  The views expressed therein are totally those of the author as of the date of publication and are subject to change at any time due to market or economic conditiions.