Ukraine - what am I missing? 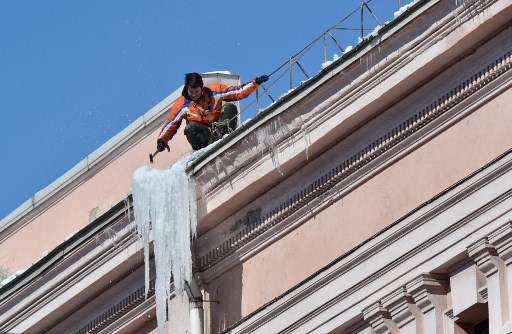 Just read trips notes from three US investment banks who have been to Kyiv, and its all glass half full, in that they see 60:40 chance of some deal with the IMF this year - because a) Ukraine needs the money and; b) the IMF will compromise.

Afraid I just don't see it - and the general line is that the IMF will compromise over gas price hikes and the ACC. On both I just cannot see why the IMF/IFIs would cave in.

On the gas price hikes - it has been so central to the Naftogas reform story, and given this was a 3rd review condition, promised already, just cannot see why the IMF would back down. The end of this heating season, in April, or let's say July, is prime to hike prices, but any delay to October and the next heating season means that prices are not being hiked, and especially given the political setting with elections looming. This goes in the face of all the efforts to get graft out of gas - which have been a huge success.

Then on the ACC - either you have an independent ACC, or you don't. I don't get Poroshenko's issue with an independent ACC - if you want to fight corruption, and have nothing to hide, why would you not want independent judges on the ACC? And let's face it there just has to be foreign oversight as experience shows that when appointments of judges, officials more generally in the Ukrainian government, is given over to the executive/Rada they don't chose independents (friendly faces are typically chosen) - I mean just look at the one year delay looming over the appointment of the NBU governor. Why would the appointment of ACC judges be any different?

With corruption being so central now to the success of Ukraine's reform story, with the IMF seemingly having some leverage now - given the financing position (USD5.2bn in debts falling due this year)- why would the IMF/IFIs cave in? I just cannot see it, and especially given there are so many IMF officials with long Ukraine experience and they know what Poroshenko means by "compromise" solution.

But maybe I am missing something - but that said, if Poroshenko was serious about an IMF/Venice Commission ACC, why would he not have adjusted his own ACC bill at first reading to account for the comments/objections from the VC and IMF? Its just not logical. Logic suggests a non VC/IMF compliant ACC bill will be passed by the RAda, and Poroshenko will hope to sell this as some big achievement, even though without independent judges it will be a total waste of time and money.

But probably the biggest danger is what George Soros calls "reflexivity" which is kind of what I see from these sell side reports - I.e. they are saying what they want/hope (or just easy analysis), but in doing so they create a situation where the outcome might be different. In this respect by talking up prospects of an IMF deal, we see the market pricing that, and enabling Ukraine market access - or an alternative to IMF financing. As was always the danger, hopes of an IMF deal, ensure Ukraine does not need IMF financing, and hence does not do the kind of reforms demanded by the IMF and actually urgently needed for the long term health of the economy. It reminds me of Yanukovych - 2011-2013, where the likes of Arbuzov used to talk up prospects of an IMF deal and reform to markets, came to market on that promise, borrowed cheaply, and did no reforms - and we ended up in the Euromaydan in 2013.

Solution: the IFIs need to do some strait talking to Poroshenko and his team, but also to the market, to make clear where exactly we are in terms of the state of the current programme. Make it clear if no gas price hikes/independent ACC then no next tranche.

** Please note that any views expressed herein are those of the author as of the date of publication and are subject to change at any time due to market or economic conditions. The views expressed do not reflect the opinions of all portfolio managers at BlueBay, or the views of the firm as a whole. In addition, these conclusions are speculative in nature, may not come to pass and are not intended to predict the future of any specific investment. No representation or warranty can be given with respect to the accuracy or completeness of the information. Charts and graphs provided herein are for illustrative purposes only.”