UKRAINE'S DAY OF DIGNITY AND FREEDOM 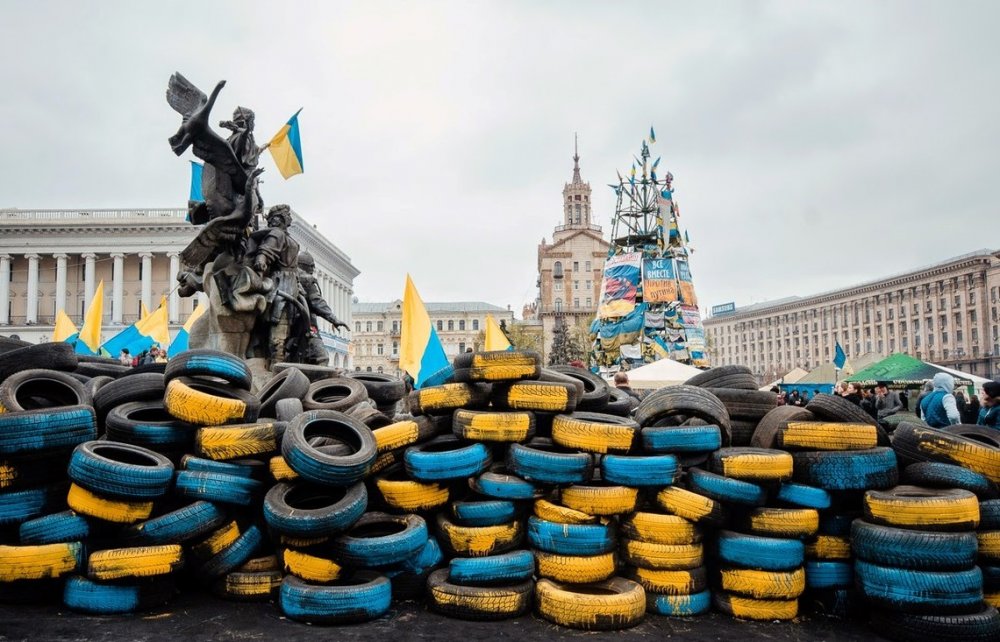 NEW YORK, New York - The Ukrainian Congress Committee of America (UCCA), the largest representation of over 1.5 million Americans of Ukrainian descent, commends our brethren in Ukraine on this Day of Dignity and Freedom – Hidnosti ta Svobody.

14 years ago, an estimated seven million Ukrainians participated in peaceful protests stemming from the falsification of the 2003-2004 Ukrainian Presidential Election. This historic manifestation, which came to be known as the Orange Revolution, transformed not only the lives of those living in Ukraine, but those of the worldwide Ukrainian diaspora as well.

In response to the allegations of fraud in 2004, the Ukrainian Congress Committee of America organized the largest Election Observer Mission ever registered by Ukraine’s Central Election Commission, with over 2400 observers flying in from around the world to ensure that the court-ordered redo of the 2004 Ukrainian Presidential elections would be transparent, democratic and in accordance with international standards.

Today also marks the 5th anniversary of when ordinary people began gathering out in the cold heart of Kyiv’s Maidan Nezalezhnosti following the government’s abrupt decision to end talks on a Ukraine-European Union Association Agreement. These “Euromaidan” protesters, who sought for Ukraine to become a fully realized European state, united in prayer and in song and astounded the rest of the world, exceeding its expectations about what Ukraine could achieve.

In the United States, hundreds of demonstrators gathered in support of this Revolution of Dignity, filling the streets of New York, Chicago, Georgia, Texas, Ohio, California and beyond. This massive, months-long movement in support of reform and modernization led to the end of a criminal Presidential regime, and the beginning of a future based on European values, a future when corruption is to be challenged, not tolerated, and where rule of law and human rights are to be respected.

We also honor the countless hours of heroic humanitarian work undertaken outside Ukraine during this historic period, as the enormous charity and goodwill of our diaspora community helped support the people of Ukraine, through massive shipments of the United Ukrainian American Relief Committee, to the proceeds of church bake sales and charitable fundraisers.

Perhaps the longest-lasting legacy of these wintry revolutions is the transformational sense of national identity and patriotism in Ukraine, with a vibrant and thriving civil society, full of extraordinary volunteers and young professionals dedicated to reforming their country.

On this Day of Dignity and Freedom, the Ukrainian Congress Committee of America celebrates the indomitable Ukrainian spirit which manifested itself in the growth of a true Ukrainian identity among the Ukrainian electorate during the historic 2004 Orange Revolution, and the defense of these democratic values, rights and freedoms for which the Ukrainian people “laid body and soul” during the 2013-2014 Revolution of Dignity.