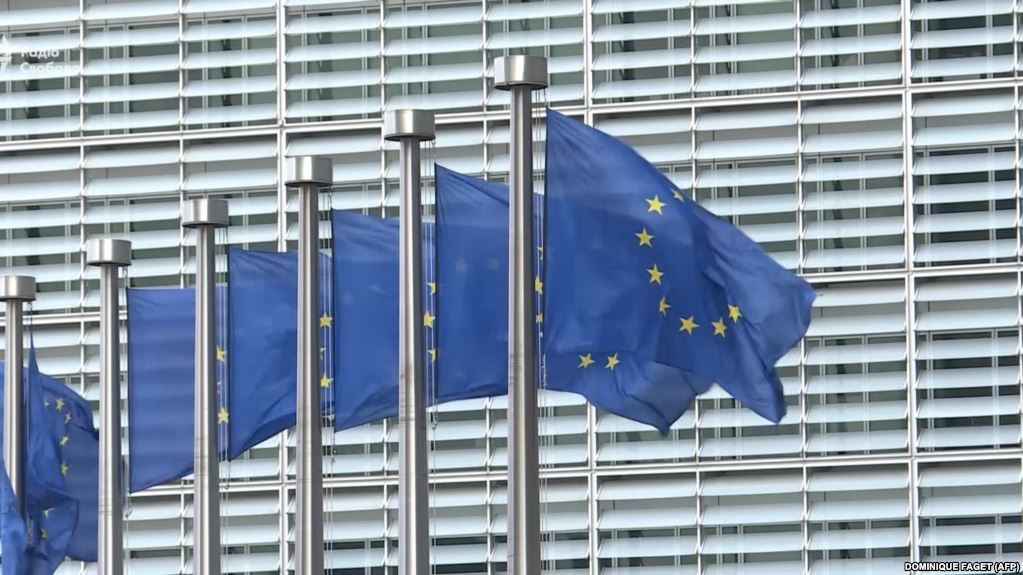 BRUSSELS -- Thirteen of Ukraine's most enthusiastic backers in the European Union have piled pressure on Kyiv by warning that the implementation of important reforms are "just beginning or lagging behind," according to a document seen by RFE/RL.

In a discussion paper titled Keeping Ukraine On The Reform Path, the countries called the presidential and parliamentary elections next year "a test for Ukraine."

The document, shown to RFE/RL by diplomats who were not authorized to release it publicly, was signed by representatives of Croatia, the Czech Republic, Denmark, Estonia, Finland, Ireland, Latvia, Lithuania, Poland, Slovakia, Slovenia, Sweden, and Britain.

It will be debated when EU foreign ministers gather in Brussels on 19 March to discuss EU-Ukraine relations. The meeting also follows the EU foreign policy chief Federica Mogherini's March 12-13 trip to Ukraine, and while no concrete decisions are expected at the gathering, it will indicate how the EU views the reform process and the political situation in its eastern neighbor.

The paper states that "against the backdrop of the Russian aggression, we commend the Ukrainian leadership for its considerable achievements in a number of key areas of reform, including energy, the banking sector, public procurement and decentralization." It says that "we remain fully committed to supporting Ukrainians' desire for change and a future of their own choosing. For Europe, the success of Ukraine is of strategic importance."

But it also includes considerable criticism of the Ukrainian government as well as other political forces in the country. In a key paragraph, the document stresses that "the government is not fully delivering on EU and IMF [International Monetary Fund] benchmarks. Civil society activists and experts warn of the risk of backsliding. Incomplete reforms threaten to undermine the credibility of the reform process and lead to reform fatigue and disillusionment among Ukrainians. Indeed some are already deploying populist arguments that a prosperous and well-functioning society can be realized without painful reforms."

The group of 13 is demanding that Ukraine pays particular attention to the fight against corruption by underlining that it is "vital" that the National Anticorruption Bureau (NABU) remain able to "operate effectively and independently in investigating corruption" and that the establishment of an independent High Anticorruption Court was "essential to complete the anticorruption chain."

The document also sets out how the group of countries should ensure that Ukraine remains on the reform path in the upcoming months. Among the initiatives outlined is a pledge that "we should not shy away from speaking up when needed" and should "help promote a positive narrative of those Ukrainian reforms that have been a success."

Other ideas set out in the document include stepping up people-to-people contacts, more conditionality, greater support for civil society and especially anticorruption activists, and offering Ukraine "our support in building resilience and countering Russian disinformation, cyber-attacks and other hybrid activities in the run up to Ukrainian elections in 2019."