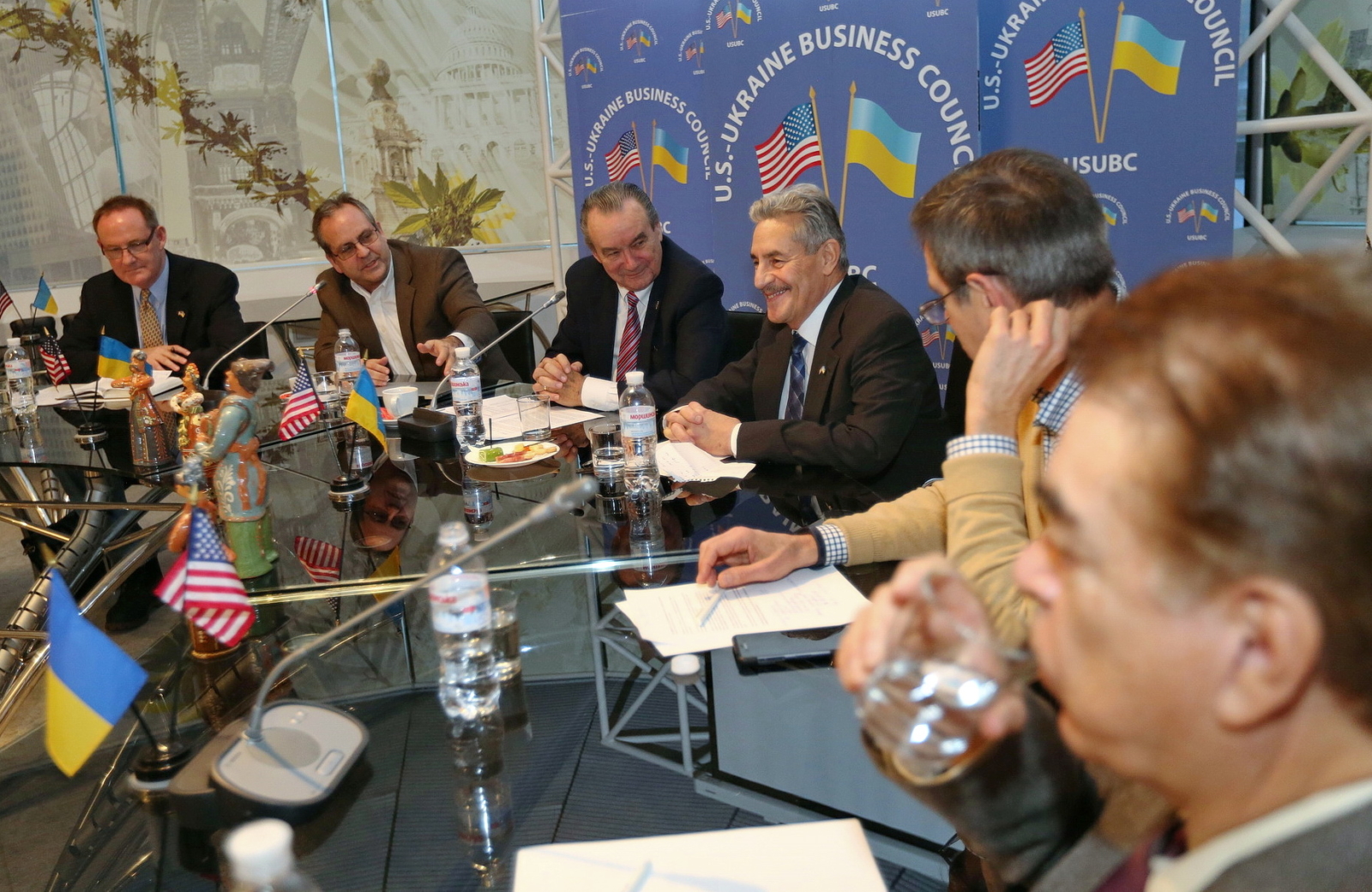 As reality sets in following Donald Trump’s stunning victory in the U.S. presidential elections on Nov. 8, many in Ukraine are grappling with the prospect that the incoming administration’s isolationist rhetoric could translate into a hands-off policy that puts the nation at the mercy of Russian President Vladimir Putin.

The isolationism that dominated Trump’s campaign criticisms of NATO and praise for Putin’s authoritarian regime set off alarm bells in Ukraine as worried that a Trump presidency would open to the door to further Russian aggression.

In the days since the election, attitudes in Kyiv remain grim as Ukrainians and foreigners in the nation fear the worst if Trump decides to mend relations with Moscow.

Without a public guarantee from Trump that his administration will remain committed to bolstering NATO and its allies on Russia’s Western flank, coupled with an extension of sanctions on Russia, Ukrainians now worry that they will be exposed to Putin’s imperialist impulses.

“The outcome of this election leaves the situation in Ukraine looking very bleak. I don’t see a light at the end of the tunnel for anyone,” said Reno Domenico, Democrats Abroad chairman and a 2016 Democratic National Convention delegate. “Putin has played a very weak hand brilliantly when it comes to Ukraine. He and Trump have already had a phone conversation where they pledged to cooperate with one another and to stay out of each other’s internal affairs. That, to me, sounds like the workings of a deal between the two.”

The Kremlin has praised Trump’s “America First” campaign, taking it as a signal that the incoming administration is open to the idea of signing a pact that would guarantee Moscow’s sphere of influence in the post-Soviet space. Putin has long coveted this type of grand bargain – a Yalta II – as it would fundamentally destroy the U.S.-dominated post-Cold War order that Putin and Russia’s intelligence service so fervently hates.

Russia’s interference in the American election included  leaked emails from Clinton aides and the Democratic National Committe that the Kremlin is suspected of hacking. Russia also openly advocated for Trump, possibly hoping the U.S. will allow Putin to roughshod over Ukraine and other neighboring countries by helping to elect a candidate that is sympathetic to the Kremlin’s narrative.

This has caused visceral anger and anxiety amongst Kyiv’s expat business community, many of whom fear that Putin will offer investment incentives to Western investors in exchange for turning their attention away from Ukraine.

Some foreign investors suggest that a bulwark against Putin’s economic soft power can be found by encouraging international business to look past Russia’s energy-based economy in favor of capitalizing on Ukraine’s vast economic potential.

“Putin is only an energy man. You’ve got to counter energy man with food man. Putin’s energy power can be curbed by continuing to tap into Ukraine’s food and agricultural power, as well as with its energy potential,” said David Sweere, an American businessman who has lived in Ukraine for over 20 years.

The Kremlin, however, is keenly aware that analysts in Washington D.C. have a tendency to misunderstand Russia’s interpretation of “internal affairs,” which in Moscow’s view includes all former Soviet republics.

If the Trump administration follows through with its pledge to stay out of Russia’s affairs, Putin could gamble that the new president’s lack of foreign policy expertise can be manipulated through his close advisers, who may be able to convince the White House to end the US’ active support for Ukraine.

Trump’s inner circle is chock full of personalities known for their pro-Russian leanings.

Retired Army Lt. Gen. Mike Flynn, Trump’s foreign policy point man during the campaign and a leading contender to be the next national security adviser or defense secretary, was fired by Obama in 2014 as head of the military’s Defense Intelligence Agency for insisting that the agency focus on radical Islamic terrorism instead of Russia’s invasion of Ukraine.

Flynn has been a regular guest on the Kremlin’s state-controlled English language mouthpiece RT (formerly Russia Today), where he frequently criticizes NATO and the West’s support for the democratic ambitions of countries like Ukraine and Georgia and took pride of place alongside Putin as his special guest during a December 2015 gala dinner in Moscow to honor RT’s 1oth anniversary.

Sitting opposite the Green Party’s U.S. presidential candidate, Jill Stein, Flynn was one of a few prominent Western figures who refused to shun Putin for his brutal military actions in Ukraine and Syria.

Flynn’s actions have drawn a sharp rebuke from many former peers in the military who describe his flirtations with both Russia and Putin as traitorous and a disgrace to the country.

“I’m clinging to the hope that some of the Republican national security types can help educate Trump…get him away from people like Flynn,” said Michael Getto, a California-born businessman based in Ukraine.

Putin will be interested in forging a cozier relationship with two of Trump’s closest advisors, Stephen Bannon – the rabble-rousing former CEO of the extreme right wing news outlet Breitbart -who has already been named Trump’s chief presidential counsel, and Paul Manafort.

Under Bannon, Breitbart developed a reputation for peddling wildly inaccurate stories based on the types of conspiracy theories that are popular with white nationalist groups in the United States and which closely resemble the anti-American claims regularly found on Russia Today.

Bannon is a staunch critic of globalization and interventionism, both which he claims are corrosive to a strong society. He has courted a considerable amount of controversy for his views on women, Jews, Muslims and other minorities – many of which match the opinions of his ideological counterparts in Moscow.

Manafort was Trump’s former campaign manager who had been a key player in multimillion-dollar business deals with Russian and pro-Moscow Ukrainian oligarchs, among them close allies of Russian President Vladimir Putin and ousted former Ukrainian President Viktor Yanukovych.

Trump’s transition team has few, if any, dissenting voices that can counter isolationist, fringe figures like Bannon or Dana Rohrabacher – a Republican member of congress from California, rumored to be in the running for secretary of state.

Rohrabacher was one of only a handful of American lawmakers who refused to condemn Russia’s invasion of Ukraine and openly opposed a March 2014 resolution that granted a $1 billion emergency loan to the post-EuroMaidan interim government. He also voted in favor of recognizing an illegal referendum in Crimea that was organized by Moscow as a means to justify the region’s forced annexation by Russia.

Appointing Rohrabacher to a position in the new administration would be catastrophic for Ukraine, as well as other neighboring countries dealing with Russian-backed separatist movements.

“Rohrabacher has been exposed as a Putin apologist for years. He’s been towing the Kremlin’s line ever since he was elected my congressional district (in California),” said Getto.

The presence of Trump’s numerous Kremlin-friendly advisors could put his administration on a collision course with a Republican-dominated congress that views Russia as the U.S. main adversary and who have consistently supported Ukraine’s drive to break free from Moscow’s orbit.

Despite the stark warning signs, some international businesspeople and investors in Kyiv have taken a cautious wait-and-see approach.

In the picture: From left, Mike Getto, a political strategy with Wooden Horse Strategies; Brian Bonner, chief editor of the Kyiv Post; Morgan Williams, president of the U.S.-Ukraine Business Council; Reno Domenico, chairman of Democrats Abroad Ukraine; John Shmorhun of Agrogeneration; and Edilberto L. Segura of SigmaBleyer discuss the implications of America's election of Donald Trump as president on U.S. policy towards Ukraine. The event took place on Nov. 16. Photo by Volodymyr Petrov

Many have expressed hope that the new administration will be pragmatic in its approach to Ukraine, few remained convinced that Trump would be able to overcome his perceived ignorance about the region or his admiration for Putin.

“I can only hope that he’ll be a pragmatist when it comes to Ukraine, but his own ignorance and lack of understanding about the situation in the country is less than reassuring. He hasn’t addressed the (pro-Kremlin) views of his key advisors in regards to Crimea and the Donbass,” said an attendant at a roundtable discussion concerning post-election bilateral relations on Wednesday.

There are some in Kyiv’s expatriate business community who believe that Trump’s election presents Ukraine with its last opportunity to push through the types of reforms needed to maintain support from the West.

“Ukraine has a short window of opportunity, probably no more than three to five months, to demonstrate that the country is taking the measures needed to live within the rule of law…Without these actions it is hard to justify any continued support for Ukraine; a situation that would be welcomed by its Eastern neighbor,” said economist Edilberto Segura.

The Ukrainian government’s dilemma is what remains unknown about Trump’s actual foreign agenda.

If the new administration is successful in helping Putin destroy the political order that has been in place for the last quarter century, Ukraine and other post-Soviet states could find themselves in dangerously precarious situations for generations to come.