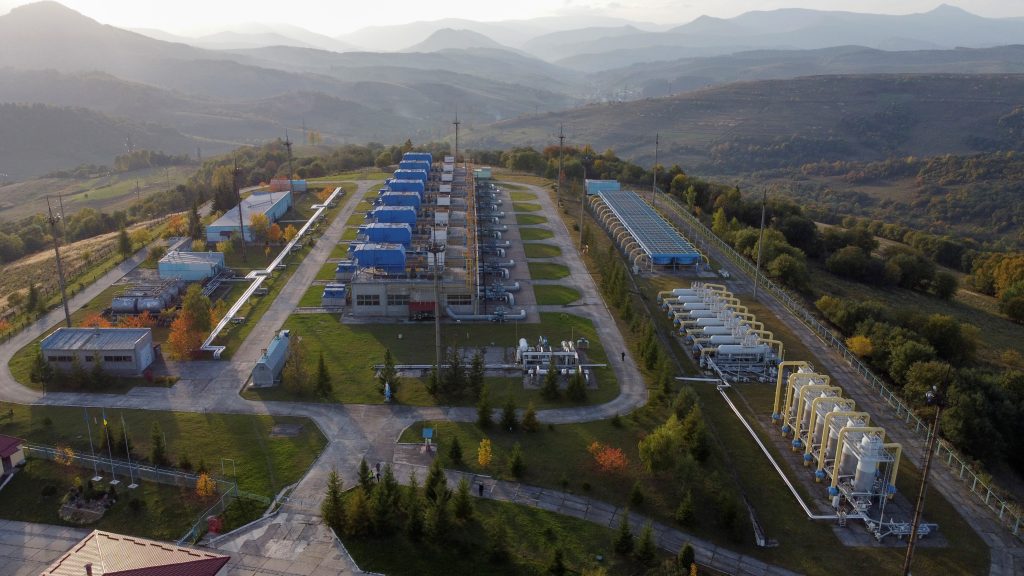 With a record harvest and high international prices for agricultural goods, iron ore, and steel, this year should be one of strong economic growth for Ukraine, but it is not. The International Monetary Fund has just forecast that the global economy will grow by 5.9 percent in 2021, but Ukraine’s economy is expected to expand by just 3.5 percent, despite a four percent fall last year. For a laggard such as Ukraine with an open European market, a reasonable policy should yield growth of seven to eight percent.

Alas, the current Ukrainian government prefers to shoot itself in the foot. Last year, it scared away foreign investors by messing up the energy market. It had promised too many investors high green tariffs, but suddenly it concluded that it could not pay. First it promulgated laws on lower tariffs. Then, it ran up large arrears. As a consequence, Ukraine had negative foreign direct investment, as Ukrainian as well as foreign investors realized that this government does not offer stable and predictable market conditions.

After having created a mess in the electricity market, President Zelenskyy’s Servant of the People party now appears intent on doing the same with the gas market. Faction leader David Arakhamia has proposed a law to “temporarily” prohibit private companies from selling gas at commercial market prices.

In effect, this would mean the restoration of disastrous post-Soviet policies of subsidization that reforms finally brought to an end in 2015-16. In that vein, Arakhamia claims that this gas can be used to the benefit of budget organizations, just as in the old Soviet days. He justifies this policy in populist fashion by positioning it as a blow against key oligarchs who produce gas in Ukraine.

But who would be the real beneficiary? In all probability, the biggest winner would be Ukraine’s leading gas trader Dmytro Firtash, who knows how to make money on distorted gas markets. Incidentally, Ukrainska Pravda recently reported that Arakhamia had made trips to Vienna on Firtash’s private jet in January and February.

The principal victims of this policy would be the Ukrainian public. For the last two decades, many observers have argued that Ukraine, with its vast gas reserves, should be able to become self-sufficient in gas within five years. Consumption has fallen impressively from 130 billion cubic meters in 1989 to the current figure of just over 30 bcm a year thanks to the closure of inefficient factories, energy saving measures, and higher prices. Production, however, has remained stuck at 20 bcm a year for the past thirty years.

The main reasons for this stagnation are the complex state regulation processes hampering the development of domestic gas production and the inefficiency of state-owned Naftogaz. The situation has become particularly dramatic this year, as Naftogaz’s gas production has fallen sharply due to politically instigated chaos within the company’s senior management. Fortunately, private producers have been able to compensate for Naftogaz’s shortfall by increasing their production to almost one-third of Ukraine’s total domestic gas output.

The current Ukrainian government has reacted to this by giving nearly all of the country’s new gas production licenses to Naftogaz, since it has proven itself the least efficient, while proposing a price cap for private producers to deter them from production and investment.

The world is currently experiencing an extreme shortage of gas. At the nadir in March 2020, European gas prices were as low as USD 130 per 1000 cubic meters. Recently, volatile prices touched USD 2,000 and continue to vacillate around USD 1,200. Fortunately, Ukraine is in a good place with more than 18 bcm in storage, which should be sufficient for the whole winter.

Vladimir Putin made clear at Russian Energy Week on October 13 that Ukraine should expect no favors from Russia. “This year’s increase of supplies through the Ukrainian gas transportation system, in excess of our contractual obligations for transit, will be approximately 10 percent. We cannot increase it any more,” commented Putin. “It is dangerous because Ukraine’s transit system has not been repaired for decades. It can burst if you increase the pressure, and Europe will lose this route completely.”

Putin’s claims lack credibility. In 2019, Russia transited 84 bcm through Ukraine. The figure was 65 bcm in 2020, but for this year the Russian contract is for only 40 bcm. Russia could no doubt transport 90 bcm through Ukraine as it used to do, but Putin wants to monopolize Russian gas transportation through Russian-owned pipelines and is eager to have Nord Stream 2 certified by the European Union as soon as possible.

In 2020, Russia exported 130 bcm to the European Union. The whole current shortage of gas in Europe can be explained by Russia cutting its transit through Ukraine from 2019 to 2021 by 44 bcm. This is a major threat to European and Ukrainian energy security.

In this situation, the Ukrainian government tries to limit private production and thus investment in gas by introducing arbitrary price caps. This risks hurting the entire Ukrainian economy and undermining national security.

Anders Åslund is a senior fellow at the Stockholm Free World Forum.  Aslund has served as a senior advisor to the U.S.-Ukraine Business Council (www.USUBC.org) for over 20 years.