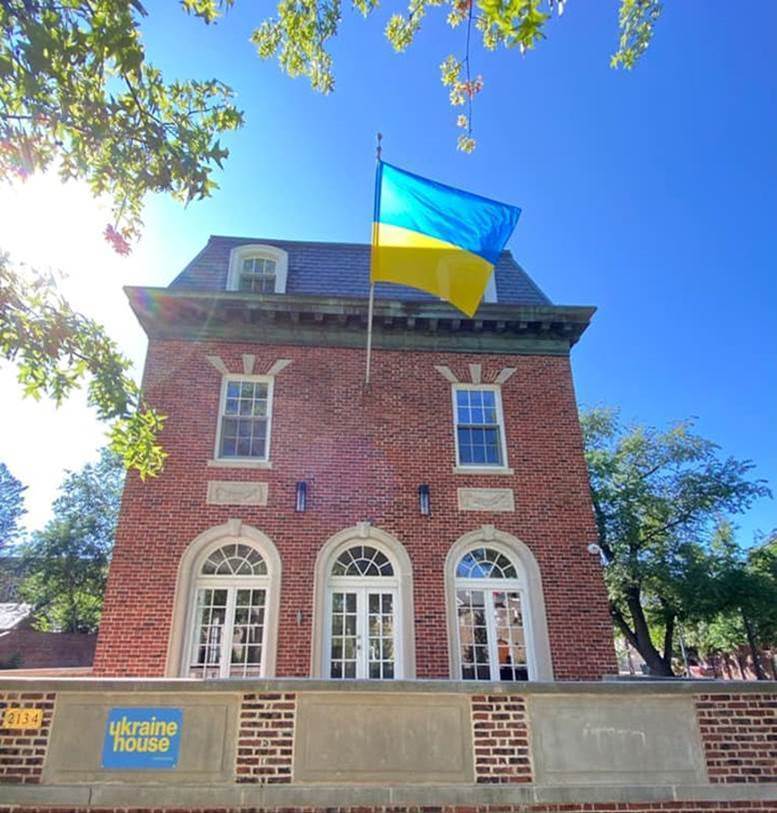 WASHINGTON, D.C. - The President of Ukraine, Volodymyr Zelenskyy, officially opened the Ukraine House in Washington, on September 1, 2021, during his trip to the U.S Capital.

The Ukraine House is located in a beautiful, quite section of the District of Columbia on Kalorama Road and is an outstanding example of a three-level colonial style building, which neighbors multiple Embassies and prime residential properties.

Photo by the Embassy of Ukraine. 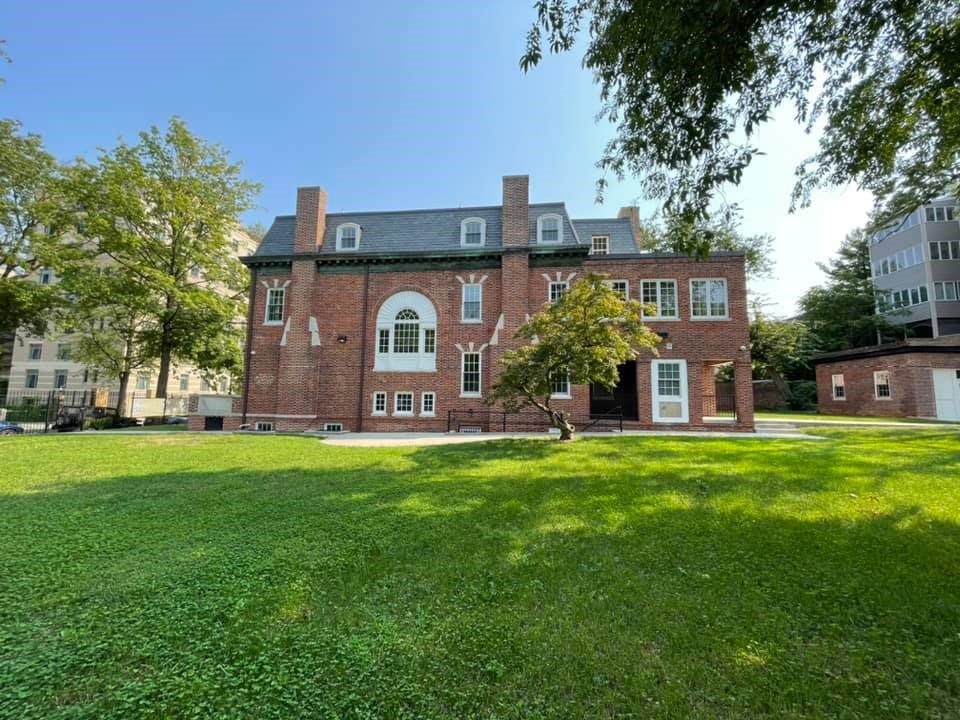 President Zelenskyy called the opening of the Ukraine House a significant event for Ukraine and its presence in Washington.

The President told those attending the special event, "I want to congratulate you on the opening of the Ukrainian House. Our new Ambass 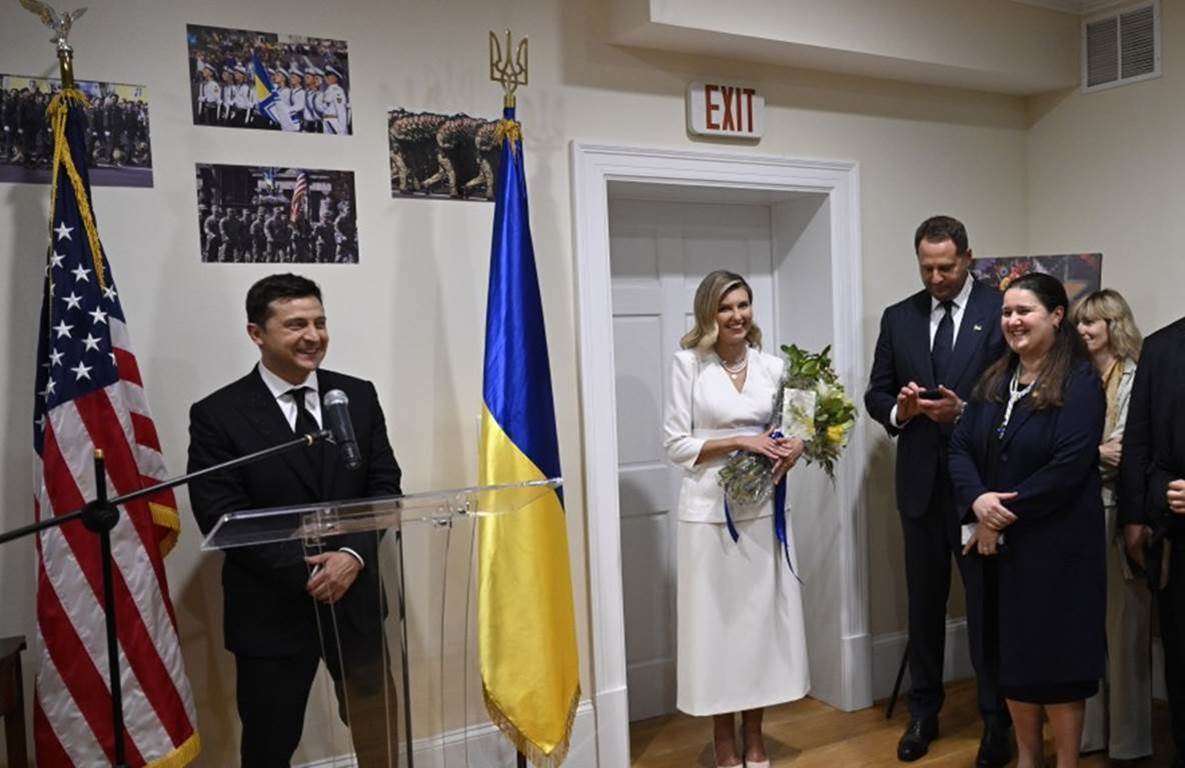 ador to the United States Oksana Markarova was involved in the implementation of this project. I congratulate her on this achievement."

Morgan Williams, President of U.S.-Ukraine Business Council (USUBC), said that many people, for many years, have promoted and recommended,  the establishment of a Ukraine House in Washington. 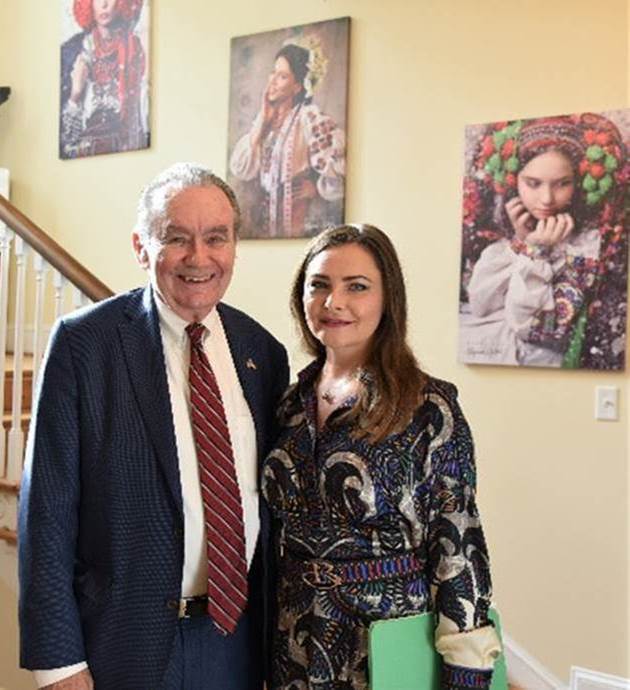 or of Ukraine to the United States, Oksana Markarova, started talking about a Ukraine House soon after it was announced that she would be the Ambassador. This dream has finally become a reality, thanks to Ambassador Markarova and her colleagues at the Embassy."

In the picture: Morgan Williams, USUBC President and Iryna Mazur, Honorary Consul of  Ukraine in Philadelphia, during the opening ceremony. Photo by the Embassy of Ukraine. 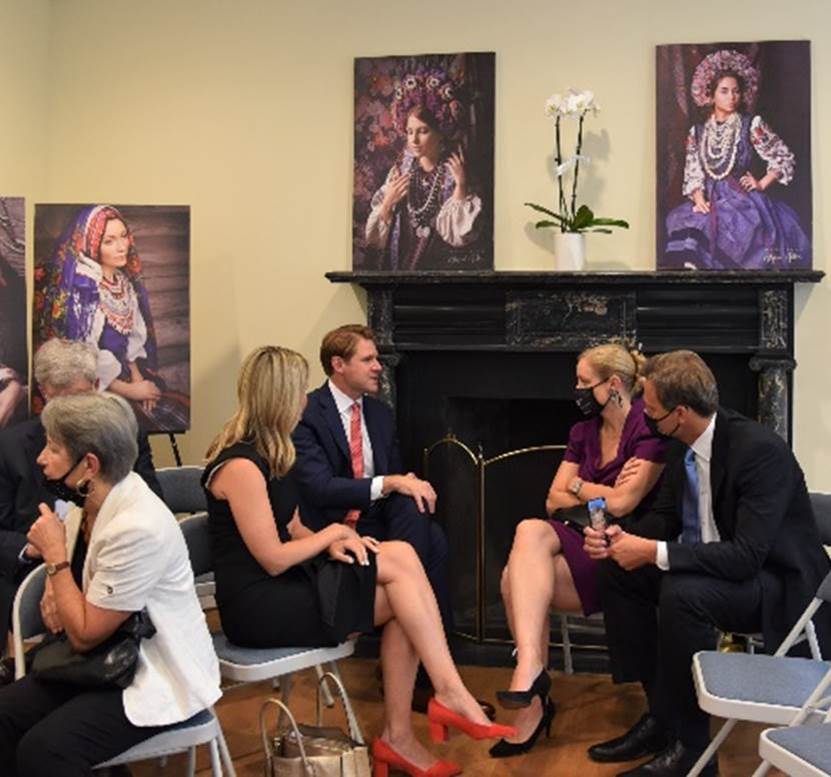 “The Ukraine House will provide the opportunity to significantly expand meetings, receptions, cultural and historic exhibitions, and other related activities in Washington," Williams said.  "The members of the U.S.-Ukraine Business Council, congratulate Ambassador Markarova on this significant achievement in such a short period of time.”

USUBC looks forward to working with the Embassy, to help sponsor events at the Ukraine House”, the USUBC President stated. 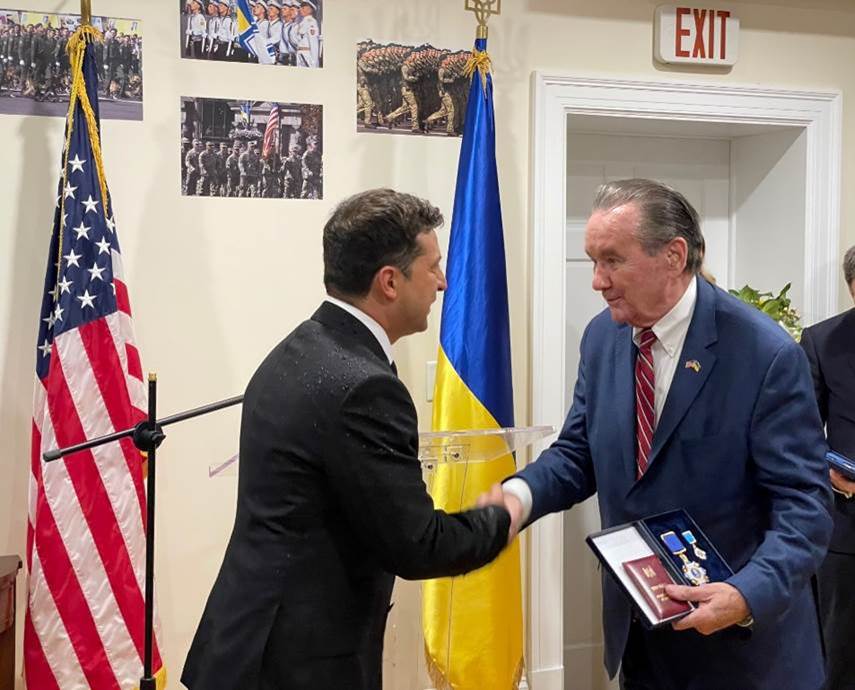 The President of Ukraine, Volodymyr Zelenskyy awarded Morgan Williams, president of the U.S.-Ukraine Business Council (USUBC), the Order of Prince Yaroslav the Wise of the V degree during the official opening ceremony of Ukraine House in Washington, D.C., on September 1, 2021. 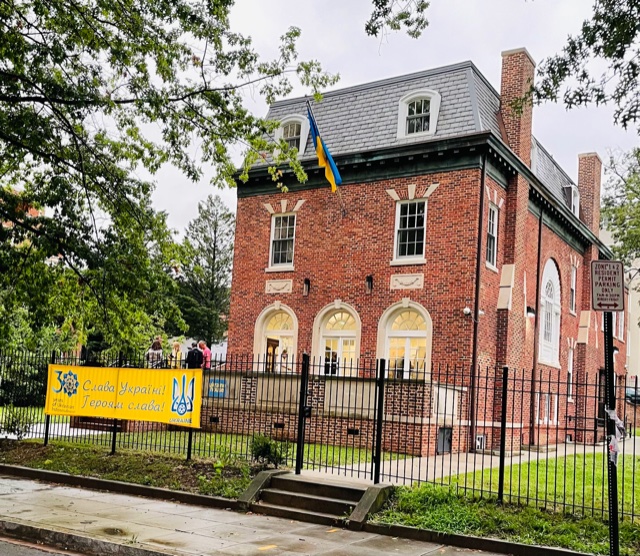