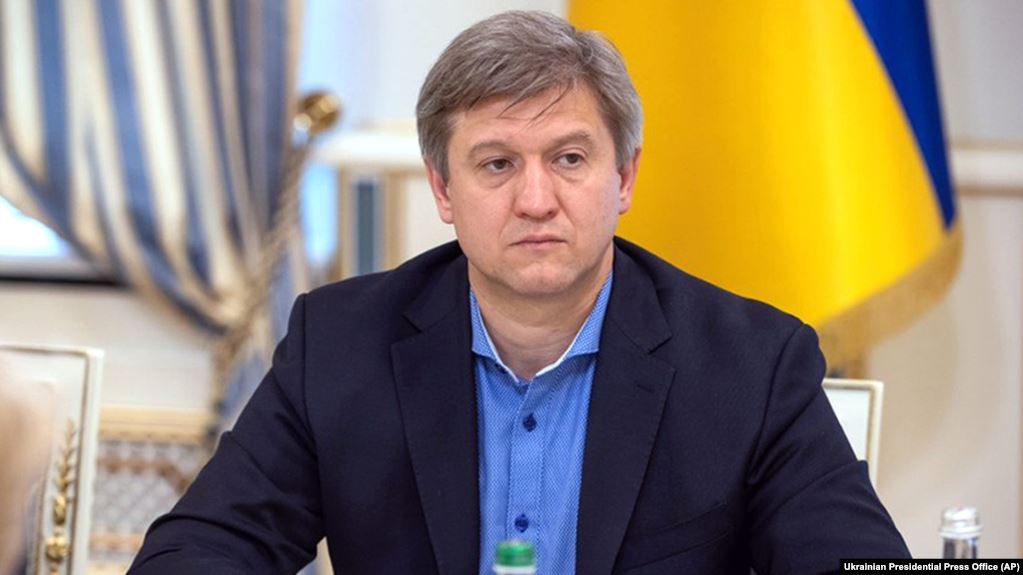 Ukraine's former national-security chief, Oleksandr Danylyuk, has called the election of Joe Biden "excellent news" for Kyiv but said the new U.S. administration will lay down strict preconditions for cooperation, including pushing out corrupt officials.

Danylyuk told a U.S.-Ukraine Business Council virtual conference on January 27 that Biden's team knows "Ukraine well" and it will be very difficult for the nation's officials to "bullshit them."

Danylyuk said Biden's victory will be bad news for some current and former Ukraine officials, including those involved in helping the Trump administration look for dirt on Biden's son Hunter, who sat on the board of a Kyiv-based gas company.

Trump's request to Ukrainian President Volodymyr Zelenskiy during a July 2019 call to help him find compromising information on his Democratic competitor led the House of Representatives to charge him with two crimes.

Trump was eventually acquitted by the Senate in early 2020, but the case damaged his administration's relationship with Kyiv.

"The new [Biden] administration will be effective in communicating, cooperating with Ukraine, but under certain conditions. Certain people involved -- for example in the impeachment scandals -- will have to go," Danylyuk told the conference.

He said those officials were operating in their own interest rather than in the interests of Ukraine.

Danylyuk said Zelenskiy’s government was "very weak" and that this could pose a challenge to the United States as it pushes Kyiv to carry out tough reforms.

"It's very difficult to be a strong partner [to the United States], when the execution is weak. It's difficult to plan something when you know there's no one to implement it properly," he said.

He called anti-corruption and judiciary reform the most important issues that Ukraine needs to tackle and described the annulment of anti-corruption reforms in October as the "worst news" for the country in 2020 aside from the pandemic.

"Unless the key topics of anti corruption and judiciary are tackled, nothing is going to change in the country," he said. "You can have wonderful economic policy, you can address the energy issues, but these two things impede the development of the country."

Biden, who oversaw Ukraine policy while serving as U.S. vice president from 2009 to 2017, including traveling to Kyiv six times during that period, has yet to speak with Zelenskiy since taking office on January 20.

Danylyuk resigned in September 2019, after four months on the job, amid concern over corruption in the Zelenskiy administration.

He said he is forming a think tank with two other former officials to create a platform for people "who would like to change the country."